It’s been a while since we put on the cape to defend what many consider to be outrageously wrong in the annals of metal history. We’ve talked about some  infamous releases like Iron Maiden’s X-factor or the time Judas Priest was Halford-less and had Mr. Tim “Ripper” Owens fronting it, but those are classic bands who have fueled drunken discussions among many and, this time, we wanted to do something more relevant to today’s metal metal scene: Deafheaven.

If you know the band, chances are you either love them or hate them with the intensity of a thousand suns, but if this is the first time you’re hearing of them, I just got to say it must be a bit cold living in a cave and should get a jacket. Deafheaven was born in San Francisco back in 2010 and started as a two-piece project, with frontman George Clarke and guitarist Kerry McCoy who decided to write some music without the intention to release it but later just went ahead and did it anyway. Their first demo was praised by whoever got their hands on it and that’s when things started to take shape into making Deafheaven a proper band.

Their sound can be described in many ways, considering all the styles it’s influenced, from screamo, shoegaze, post rock and black metal. Now, this is where everyone starts lighting their torches and sharpening their pitchforks. Black metal isn’t precisely a welcoming genre when it comes to new things, in fact, even long-established bands get some heat for not remaining with their original sound and moving on to hybrid styles like progressive black or simply softening their sound for the sake of creativity. Deafheaven doesn’t share the implied guide lines of black metal and many believe that taints the extreme scene.

The band got caught in the turmoil of controversy when they got their “black metal” tag for the musical similarities it has with the genre: high pitched screams, blast beats and tremolo picking. Purists will argue that their use of emotional melodies, lyrical content or integrity do not follow the traditions of black metal and will look for any subjective standpoint to even invalidate them belonging to any sort of metal scene.

Soon after the release of their EP Road to Judah, Deafheaven was part of Alcest’s North American tour back in 2012. The following year, they built up steam and released their critically-acclaimed album Sunbather, which was included in many “best of 2013” top ten lists.

The band has no interest on belonging to any scene or any tag, therefore have never called themselves black metal, they just happen to be related to the style by precedence from many other bands who came before them like Alcest, Wolves in the Throne Room, Weakling and many others. Sunbather was widely hailed as a new creative peak for black metal, which got them a lot of media attentionand even inclusion in an Apple commercial.

Musically speaking, they incorporate well-structured composition, interesting riffs and passages to create a smooth movement and emotion throughout their songs and everything sounds natural and organic where no fillers or forced strokes can be found, unlike many other bands who lose your attention after a few minutes into a song due to its repetitiveness. Fans of the not-so-metal post rock genre can find appeal within their music, as they go on and beyond the simple layered songwriting, pre-dominating most of the mainstream music.

At the end of the day, it’s all a matter of taste. Everyone has the right to like or dislike anything for the reasons they see fit, from musical approach, to even appearance where a band who doesn’t look like they physically belong in a style due to how they dress or portray. Once you’re able to ignore any sort of relation with the genre of your affinity and boil it down the essence of what’s being done, which is artistic expression, you may get to see more than just a trendy band. What Deafheaven has done great is to open the music spectrum where those who focus their attention to the peripheries of the band’s fundamental styles and, whether is for the good or  bad, it’s a remarkable milestone in a music movement that refuses to try something different.

Categorised in: Columns, In Defense of Their Good Name 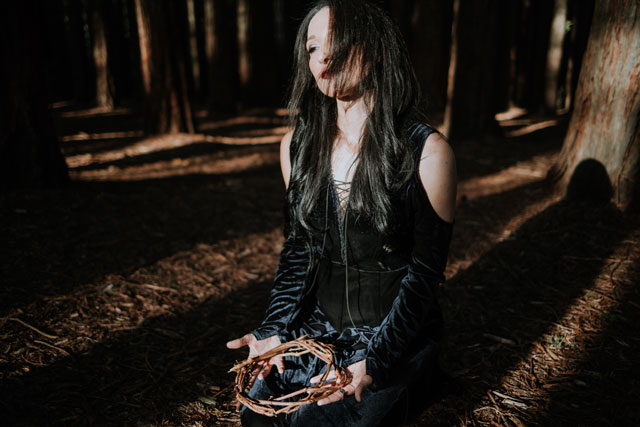