Yeah, Cannibal Corpse was not the highest debut of the week, but we focused on that album anyway. Why? Well, between them, Motionless In White, and Slash, the band with the bloody zombie music video is probably going to draw the most interest. And the band that was in Ace Ventura. And the band with a singer who inspired the design of another death metal singer. But, you know, that’s just a guess. There are other debuts for this week as well with many of the bands having the best numbers of their careers.

The band lands in the top 10 with its highest charting album yet.

Cannibal Corpse are back with album thirteen, its highest charting album yet.

This is the band’s first album with new vocalist Kristen May.

This Las Vegas band outdoes its previous album by landing in the top 50.

The Contortionist also land its highest debut yet with album three.

In what seems to be a pattern for this week, Texas In July also nab its highest spot on the charts.

The latest offering from this South Dakota Christian metalcore act.

Iron Reagan, The Tyranny of Will (Relapse) 930 sold

The Richmond, VA natives get started on the charts with album two.

The bands latest album gets its debut while the band tours with The Amity Affliction.

This is the debut EP from the one woman black metal band.

Five Finger Death Punch, The Wrong Side of Heaven and the Righteous Side of Hell Vol. 1 (Prospect Park) #122, 2,150 sold

Five Finger Death Punch, The Wrong Side of Heaven and the Righteous Side of Hell Vol. 2 (Prospect Park) #142, 1,850 sold

This is down a bit farther than its counterpart, but it’s hardly doing bad.

Last week, we were corrected that Opeth peaked at #3 in Sweden, not #24. That sounds a bit more right.

Think a 9% boost will get a rise out of people?

It would appear that the band’s tour with Hellyeah has gotten some more sales, sitting at just under 245,000 total.

This may perk up a bit when the band’s tour starts next week.

What if the band’s name stands for You Oughta Buy?

A 3% isn’t so great, but better than nothing.

Maybe the band’s US tour will gather some numbers.

This pops up for the first time since May. 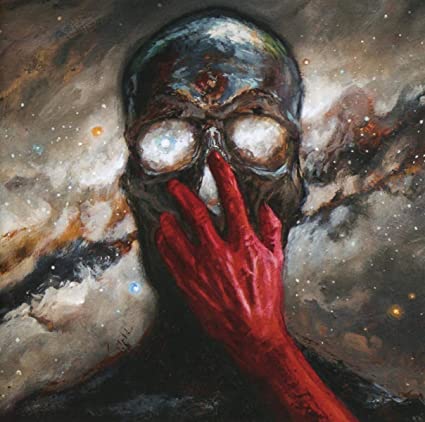