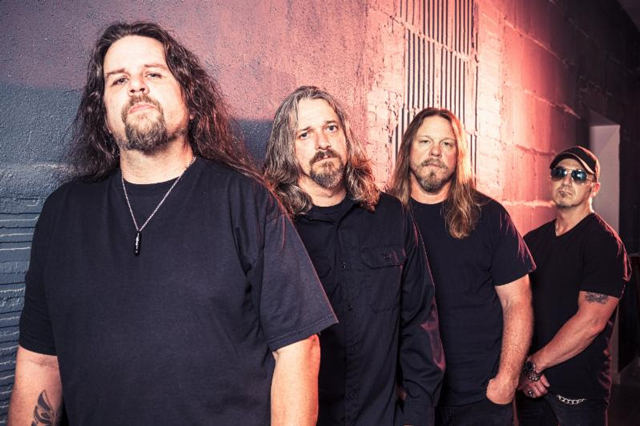 Metal Inside(r) Home Quarantine is Metal Insider’s new column during this time of isolation due to the COVID-19 pandemic. We asked artists five questions on what’s been keeping them busy ranging from their favorite movies, food they’ve been eating, music they’ve been listening to and more. We caught up with Damn Your Eyes’ Artie Alexander as he’s been spending this time working on new music.

The band has been active in writing our next album and finding a new drummer. The guys come up with ideas, send them to me, and I work on putting everyone’s input into song ideas. Outside of that, I work on the house, help with the kids, food shop for the family and my father.

I have to admit, I’m on a Testament kick. The new album is a MONSTER!!! Lots of Biohazard and Leeway these days as well. And the newest Infant Annihilator is a guilty pleasure of mine!

Nothing special, I’m definitely the cook of the family but I stick to the basics. Grilled, baked and Air fried Chicken. Steaks and lots of salads and veggies. My wife is a CrossFit Coach and athlete so she has her own Diet that is prepared for her. I did just buy a smoker, so I will be starting experimenting very soon.

MOVIES?! It would be faster to list what I haven’t watched lol. I did just watch a movie called Warrior starring my wife’s boyfriend Tom Hardy and Nick Nolte that I loved! I’m pretty sure Tom Hardy doesn’t know my wife is dating him though. We inhaled the last season of Ozark and Better Call Saul. I am an avid reader but nothing lately. I don’t do video games, it bores the snot out of me.

First, tell all of your friends about Damn Your Eyes!!! HA! Then after that I guess I would suggest doing that thing you always wanted to do if you had the time, unless it’s hugging strangers of course. This whole thing is terrible, but within it lays a gift. I have reevaluated so much and have been able to focus on the things that really matter to me. That instrument you bought that’s been collecting dust, get after it. Reconnect with family and friends. Before you know it, the smoke is going to clear and we will be right back in the grind. Be Safe everyone!!