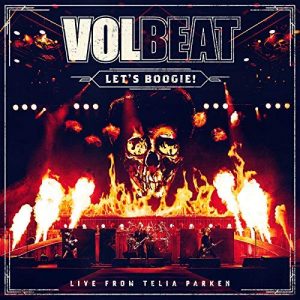 New & Noteworthy is a weekly column in which we highlight some of the newest rock and metal releases coming out each week. The year is winding down, I’m just getting over a cold, my Top 10 of 2018 is starting to come together, and I was approached about interviewing for a promotion at my day job this week, so December has been wild, so far. This week brings us a new Venom album, and a live one from Volbeat, and few others. You can check out the last week’s New & Noteworthy here  for what all came out last Friday. Also be sure to follow us on Spotify to get this month’s New & Noteworthy Playlist, updated every Friday.

Let’s Boogie! Live from Telia Parken is the newest live album from Danish metal band Volbeat, and their first live release in seven years. The show was recorded live in August of 2017 at Telia Parken in Denmark while touring in support of their latest studio effort Seal the Deal & Let’s Boogie. The show set the record for the biggest show in  Denmark by a domestic band with over over 48,250 attendees. The show also featured such guests as Lars Ulrich (Metallica), Mille Petrozza (Kreator), Mark “Barney” Greenway (Napalm Death), Danko Jones, and boxer Mikkel Kessler. Check out live videos for the two songs “The Everlasting” and “The Devil’s Bleeding Crown.” Let’s Boogie! is also available in a vinyl box set, and Blu-Ray, but Amazon is warning of a region lock on the one listed so make sure you’ll be able to play it before you buy it. 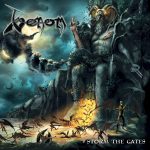 The legendary English extreme metal band Venom has released their 15th studio album, Storm the Gates. There seems to be little buzz, promotional material, or tour information regarding the release, but they did release the songs “Bring Out Your Dead” as a single so it’s probably best to start there (since it it also the first track on the album. Storm the Gates will be available on vinyl next month.