New & Noteworthy is a weekly column in which we highlight some of the newest rock and metal releases coming out each week. This week features new music from Alice Cooper, Byzantine, and more. If you would like to check out last week’s New & Noteworthy, you can do so here, and the week’s sales numbers are also available in Metal by Numbers. Silverstein had the best metal debut at #13, and Linkin Park’s One More Light jumped up to #2 on the charts for the most heartbreaking reason. Follow us on Spotify to get our playlists delivered right to your door!

Paranormal is the 27th studio album from the rock n roll legends Alice Cooper. It is the first release from them since their 2011 release, Welcome 2 my Nightmare. The album was produced by longtime collaborator Bob Ezrin (Pink Floyd, Deep Purple). It will be the first album of his to feature guitarist Nita Strauss (Iron Maidens), who replaced Orianthi in 2014. The album features ten new songs, not including two other songs, “Genuine American Girl” and “You And All Of Your Friends,” that were written and recorded with the original Alice Cooper band, and another six songs recorded live in Columbus, Ohio during their spring 2016 U.S. Tour. They are currently touring Europe, but will be back to kick off their U.S. tour with Deep Purple on August 12th. I hope to be making the Pittsburgh date on September 1st. Paranormal is also available on vinyl.

Cooper even lucked out recently, finding an old Andy Warhol painting he bought many years ago when drunk. As it would turn out, Andy got really popular and that painting became very valuable. $10,000,000 valuable.

Charleston, West Virginia based Byzantine is releasing their sixth studio album, The Cicada Tree. It is the band’s first release since signing to Metal Blade Records, having self-released their last two albums. The Cicada Tree is also the first album to feature Matt Bowles, who replaced the band’s longtime drummer Matt Wolfe after his departure in 2015. They have released a 4k music video for the song “New Ways to Bear Witness,” and a lyric video for “Trapjaw.” You can catch them on tour this fall. They’ll be playing a few headlining dates over the next few weeks, and then opening for Sacred Reich for their U.S. tour this September. I’m going to try and make it to their Pittsburgh date with locals Solarburn. The album is also available on vinyl.

Smoke on This… is the first solo release from American musician Rex Brown, best known as the former bassist for Pantera. For the album he covers guitar, vocals, and a bass for all tracks. He has released music videos for the two tracks “Train Song” and “Buried Alive,” as well as a lyric video for “Crossing Lines.” Even more, he visited the Guitar World studio to do a playthrough and short guitar lesson for “Train Song.” Smoke on This… is also available on vinyl.

Zero Days is the twelfth studio album from the New York crossover thrash band Prong. was produced by the band’s own guitarist/vocalist Tommy Victor, and co-produced and engineered by Chris Collier. The band has released a lyric video for the track “Divide and Conquer.” We actually to sit down with Tommy earlier this year to discuss the album, and his tenure as guitarist for Danzig. They are currently touring through Europe, but don’t have any U.S. dates announced. The album is also available on vinyl.

California sci-fi technical deathcore group Rings of Saturn are releasing their fourth full length album today, Ultu Ulla. They have released a hand full of videos for the album, including a music video and drum playthough for the track “Inadequate,” as well as a pretty psychedelic lyric video, and guitar and drum playthroughs for “Parallel Shift.” This is the first album to feature Miles Dimitri Baker and Aaron Stechauner (Infant Annihilator, Black Tongue), on guitar and drums respectively. Ultu Ulla is also available on limited edition colored vinyl, and that artwork probably looks fantastic at that size.

The Black Dahlia Murder, Nocturnal (Metal Blade)
The American death metal group’s 2007 album is getting a reissue as a black And blue split vinyl.

Atheist, Piece Of Time (Season Of Mist)
Season of must is reissuing a few albums today as limited edition ultra-clear vinyls, including these two Athiest albums, and the Saint Vitus one below.
Atheist, Unquestionable Presence (Season Of Mist)
Dokken, Tooth And Nail (Friday Music)
Dokken’s 1984 release Tooth and Nail get’s a vinyl reissue. 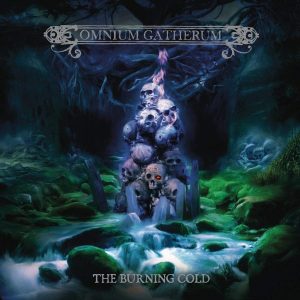