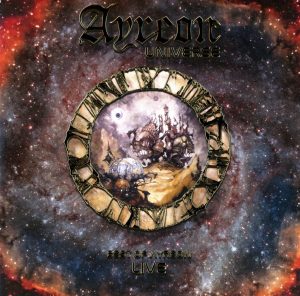 New & Noteworthy is a weekly column in which we highlight some of the newest rock and metal releases coming out each week. This week brings new music from Escape the Fate, and a bunch of new live recordings! If you would like to check out the last New & Noteworthy, you can do so here, if you want to see last week’s sales numbers, check those out in Metal by Numbers. Stone Temple Pilots had the highest debut for the rock/metal world, but Rivers of Nihil doubled the debut sales of their previous release. Also be sure to follow us on Spotify for weekly new music playlists, curated by me!

Twenty three years after the release of their debut album The Final Experiment, Dutch singer/songwriter/instrumentalist/producer Arjen Anthony Lucassen brought his progressive rock/metal/opera project Ayreon to the stage to perform their very first live shows. The group played three shows in Arjen’s hometown of Tillburg in the Netherlands, with an epic 28 track setlist featuring 16 vocalists and 8 instumentalists that have all worked on Ayreon projects over the history of the band. Fortunately for us, the performances were all recorded in extremely high quality video, with a 30 camera array to fully capture the magic of the performance for all of us who could not trek to Europe for this possibly once in a lifetime event. So far they have publicly released videos for “Everybody Dies,” the big single from their latest about The Source, as well as ones for “Valley of the Queens” and “And the Druids Turned to Stone.” Ayreon Universe is also available on Vinyl and on Blu-Ray. 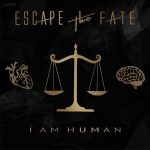 Escape the Fate, I Am Human (Eleven Seven)

I am Human is the sixth studio album from the Las Vegas hard rock group Escape the Fate. The band is once again working with producer Howard Benson (My Chemical Romance, In Flames, etc.), who worked with the band on their 2015 release Hate Me. Music video for “Broken Heart,” and lyric videos for “Digging my own Grave,” “Empire,” “I am Human,” and “Do You Love Me?” Escape the Fate will be touring North America from April to mid-May alongside Papa Roach and Nothing More before heading over for a small stint through Australia for the rest of the month. I am Human is also available on vinyl. 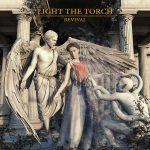 Revival is as the name implies, a revival of of the band Devil You Know. The Howard Jones fronted band released two albums under the previous name, and this is the first release from the group under their new moniker Light the Torch. Along with the new name comes new drummer Mike Sciulara  as well, taking place of John Senkey, who appeared on the band’s previous two releases. Check out their music video for the track “Die Alone,” or or jam along with the guitar & bass playthrough of it as well. As of writing this, the band does not have an upcoming tour dates. 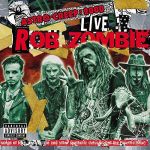 Performing at Riot Fest in 2016, the shock rock outfit Rob Zombie payed homage to their roots by playing the 1995White Zombie album Astro-Creep: 2000. There has not been too much hype to go along wit hteh release, but a large portion of the Rob Zombie catalog was also reissued on vinyl today. The band will be touring North America this summer as a part of the Twins of Evil – The Second Coming Tour, alongside Marilyn Manson. Astro-Creep: 2000 Live Songs of Love, Destruction and Other Synthetic Delusions of the Electric Head is also available on vinyl. 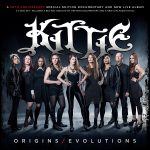 Origins/Evolutions is part live album, and part documentary, covering the history and evolution (duh) of the Canadian metal group Kittie. The documentary portion was directed by Rob McCallum, and the live CD contains recording from the band dating back to the year 2000. The group took the stage for the first time in four years at the end of 2017 for a party held in honor of this upcoming release. Origins/Evolutions will be available on vinyl next month.