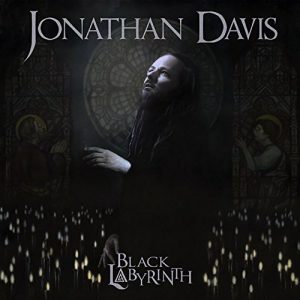 New & Noteworthy is a weekly column in which we highlight some of the newest rock and metal releases coming out each week. This week brings new us the debut solo album from Jonathan Davis and the first album from Graveyard since their reformation. Be sure to check out the last week’s New & Noteworthy, I have had the new Amorphis album on repeat all week. If you want to see last week’s sales numbers, you can read about those in Metal by Numbers. Also be sure to follow us on Spotify to get this month’s New & Noteworthy Playlist, updated every Friday.

After years of teasing a solo release, Jonathan Davis finally delivers with Black Labyrinth. He has delivered 12 full length albums as the frontman of Korn,.. He has released music video for two of the singles “Everyone” and “What it is.” Over the past month and a half Davis has been on the road touring leading up to the release, and he just finished up the North American leg of his world tour. He is currently in the middle of a two week break before heading over to Europe at the beginning of next month. Zenae was was there for his NYC show earlier this month and had a few words to say about it.  He will be back stateside for a couple more schedules shows in the fall. Black Labyrinth will also be available on vinyl. 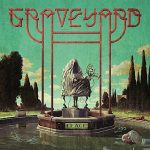 Things seemed dead and buried for the Swedish rockers Graveyard after they broke up following the release of their 2015 album Innocence & Decadence, but the dead don’t always stay buried long. Peace is the fifth studio album from the band, and the first with Oskar Bergenheim taking claiming his seat on the rhythm throne in place of founding drummer Axel Sjöberg . They have released two music videos for songs off the album so far: “Please Don’t” and “The Fox.” Peace will also be available on vinyl. 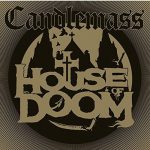 House of Doom is the latest EP from the Swedish doom metal group Candlemass, the second of which to have been released since their last LP Psalms of Silence. Lyric video to the title track. 4 song EP from the band. You can always just check it out for yourself in the playlist above, or first read our review of House of Doom beforehand. Candlemass will be playing a few shows throughout Europe this summer, but there are no North American dates announced. House of Doom is also available on vinyl and Bandcamp.

Christ On Parade, A Mind Is A Terrible Thing (Reissue) (Neurot Recordings)
Whitechapel, This Is Exile (Vinyl) (Metal Blade)