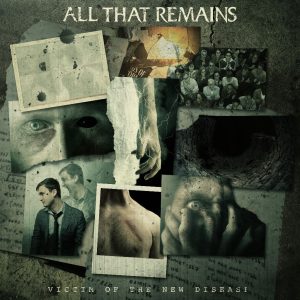 New & Noteworthy is a weekly column in which we highlight some of the newest rock and metal releases coming out each week. This week features new music from All that Remains and a live album from Lacuna Coil! Be sure to check out the last week’s New & Noteworthy for what all came out last Friday. If you want to see last week’s sales numbers, you can read about those in Metal by Numbers. Also be sure to follow us on Spotify to get this month’s New & Noteworthy Playlist, updated every Friday.

All That Remains, Victim Of The New Disease (Razor & Tie)

Victim of the New Disease is the 9th studio album from the American heavy metal band All That Remains. This comes just one month after the tragic passing of founding guitarist Oli Herbert, making it his final release with the band. It was produced by ex-Acacia Strain guitarist Daniel Laskiewicz, and mixed by Josh Wilbur (Lamb of God, Trivium, Parkway Drive). They have released a lyric video for “Fuck Love,” and the song “Just Tell Me Something” features a guest appearance by Asking Alexandria vocalist Danny Worsnop. All That Remains will be touring Europe through December, but currently have no announced North American dates. Victim of the New Disease will also be available on vinyl in January. 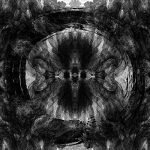 Holy Hell is the eighth studio album from the British metalcore group Architects. On another somber note, this is the first album from the band to not feature founding guitarist Tom Searle, who died from skin cancer in 2016. So far they have released three music videos from this album, “Hereafter,” “Royal Beggers,” and most recently “Modern Misery.” Architects will be playing a handful of shows between now and the end of the year, and then touring Europe further at the beginning of the 2019. As of right now they do not have any upcoming North American dates. 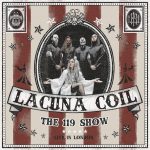 In celebrating the 20th anniversary of their debut album In A Reverie the Italian gothic metal band Lacuna Coil put on a special show at the O2 Forum Kentish Town in London, England. They filmed the show earlier this year on January 19th to go along with their song 1.19, and have released it on CD, DVD, and Blu-Ray. They have released videos for “The House of Shame “and “Blood, Tears, and Dust”