NYC music scene vets Howie Abrams and Sacha Jenkins recently joined forces to pen The Merciless Book Of Metal Lists. To be released on April 9, this book is comprised of 208 pages, presented in the form of dozens of factual, random lists. The book also features a forward from Slayer’s Kerry King, an afterword from Philip Anselmo, and contributions from the likes of Anthrax’s Scott Ian, Exodus’ Gary Holt, Soulfly’s Max Cavalera and many others. With that in mind, who better to determine the top 5 best books of lists than Abrams?

Why do people love lists so much? Fuck if we know, but one can only assume it’s because they are such amazing catalysts to the world’s grandest arguments and debates. Truth-be-told, that’s why we wrote The Merciless Book of Metal Lists in the first place. We thrive on instigating, and causing best friends to fight about everything, and Metalheads know this better than most. We can’t help ourselves. Who’s the best this or that? Who sold-out? What band used to be great, but now sucks donkey ‘nads… We live for it, so when the fine folks here at Metal Insider asked us to throw out some of our favorite books of lists, we couldn’t contain our excitement. Check out our list after the jump.

If food is life, Zagat guides are the roadmap to life itself. There’s an edition for almost every city in America, and no matter what cuisine you crave, you can find it, all organized and compartmentalized for you within these pages. Whether it is by neighborhood, or food type, or décor, or simply by who fries up the best chicken, the fine people at Zagat will get it all up in your belly.

4. The Book of Lists: The Original Compendium of Curious Information by David Wallechinsky and Amy Wallace –

This is probably the granddaddy of all lists books. As random as they come and maybe the best toilet read of all-time. For example, if you’ve ever been curious how old Anne Frank, or John Belushi or Jimi Hendrix would have been had they lived until 2005, this is your shit! 10 men who’ve cried in public? Covered. 17 People who were expelled from school. Awwwww yeah! Poop away to this glorious collection of dopey knowledge.

If book #4 is the Old Testament, this book is clearly the New. In their 10 Stories of Bizarre Births, they are kind enough to share the tale of an Indian baby born while the mom was on a train toilet, where the newborn subsequently slid out of the mother, down the toilet chute and onto the train tracks with the train still in motion. WTF?!? How can you go wrong?

This book is absolutely amazing and yes, it’s hip-hop, so keep your Hatorade in the bottle. Outside of Metallers, REAL fans of rap music also enjoy frequent raging debates about the genre’s artists and songs. My partner in crime, Sacha Jenkins is largely responsible for this gem, and if you like the music at all, this here is penned from an educated, fantastically funny and most importantly, a music lover’s POV.

1. The Merciless Book of Metal Lists by Howie Abrams and Sacha Jenkins –

C’mon now, did you think we’d leave ourselves out??? 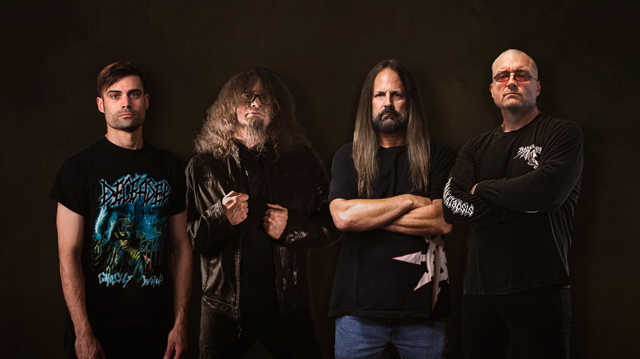