4. As I Lay Dying’s Jordan Mancino:

When asked about his thoughts on the matter:

“Because I don’t know all of the exact details on what happened or what went on, and what’s really going on with the Czech and U.S. legal system trying to figure something out and get him out, it’s one of those things where I don’t really know how to comment on it. But what I do think is wrong and also needs to change is the focus. The focus should not be on him. I think the focus needs to be on security and venues because you have any sort of live show, especially metal which is a very intense style of music, you’re going to have a band performing at its most intense level and you’re going to have a crowd reacting in the most intense way. So you’ve got to figure out how those two can exist without harming each other, keeping everybody safe including security.

I think the focus needs to be on venues, venues’ security and how to allow this interaction to continue but figure out a way to keep everybody safe. We’ve done a ton of shows where security has been perfect. They know what a circle pit is, they know what a wall of death is, or whatever else… So they’re not like ‘Oh these kids, if someone’s moshing I’m gonna choke them out and take them outside.” And we’ve experienced both. Security just didn’t know, and they think it’s just some violent act. And it’s not, it’s an expression. I think there needs to be a security and venue overhaul as far as crowd/band safety. That needs to be the focus, and I think it’s wrong that Randy’s the focus of that.”

When asked about whether the incident has scared him from performing on stage:

“No, I don’t think it does. I guess I’m a little more conscious of it, but I’m not scared. I still go out there and try to bring it every night. It’s just one of those things, like last night we played a venue [an off-date from Mayhem Fest] and the back door was wide open with no security guard, and I’m just thinking ‘This is such a simple solution to what could be a huge problem.’ Nothing happened, but you never know. You need to be safe. And it’s little things like that where someone’s like ‘Oh, I need to save a hundred bucks, get one less guy tonight.’ Don’t save the $100, just get it! Get the extra security guard, get the extra guy at the door, get the extra guy at the barricade, whatever it is. It’s obviously not worth someone’s life.” 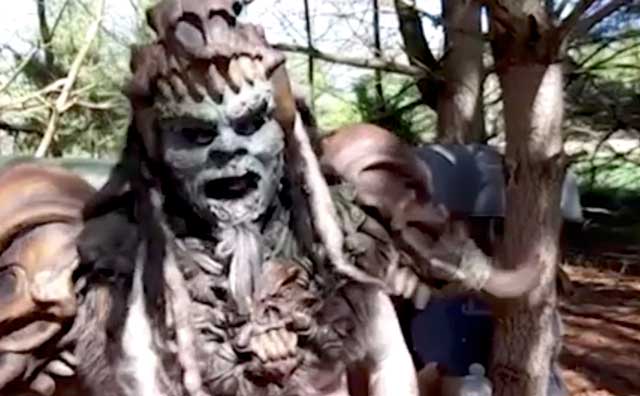