When Watain played the Brooklyn Night Bazaar on Sunday, we had to be there. Not only was last year’s The Wild Hunt one of last year’s best albums, but it was the Swedish black metal band’s only show in America this year. In all, it seemed like a solid booking for the Blackened Music Series that most metal fans in the New York area knew about. Now the whole world knows about it, thanks to TMZ, who covered the show with the headline “Swedish Metal Band Hurls Pigs Blood Into Audience; Concertgoers Also Hurl.”

Most people attending the show knew that there might be a chance that they would wind up smelling like rotting animal carcasses, since that’s a staple of their live show. They also expected fire, which there certainly was. The show started out without anything rotting onstage, but a little more than halfway through the show, during “All That May Bleed,” Erik Danielsson did throw some pigs blood out into the audience. While the crowd definitely backed up a bit when the blood was thrown into the crowd, the pit didn’t empty until someone threw up. While breathlessly presenting the “DISGUSTING footage,” TMZ notes that there were no complaints. They also have some pictures of smiling concertgoers covered in blood. 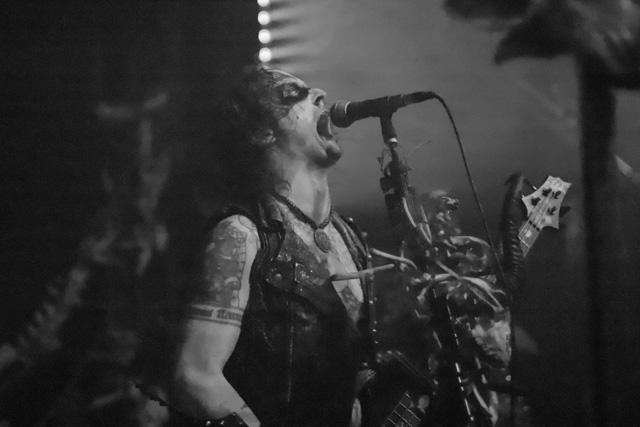