After spending nine years in Jacksonville, it was announced earlier this year that Florida’s biggest Rock experience would move to a much larger home in Daytona Beach. The Daytona International Speedway will play host to the 10th anniversary of Welcome To Rockville this upcoming May 8th-10th.

With support from Lynyrd Skynryd (who will play their last Northern Florida show), Godsmack, Deftones, Social Distortion, The Offspring, Staind and Lamb Of God the crew at Danny Wimmer Presents is fixing the fans one hell of a birthday party.

The new location for Welcome To Rockville will feature three music stages, premium food and beverages (Metallica’s Blackened Whiskey and Enter Night Pilsner to name a few), as well as enhanced onsite experiences.

The current music lineup is as follows but is subject to change:

Tickets start at just $99.50 for a single day, which in itself is an amazing deal to see Metallica. Seeing the full lineup announcement now, suggests tickets won’t last long at all before selling out completely.

Head over to the official site here to pick up your tickets, keep up to date of changes, or just to learn more. 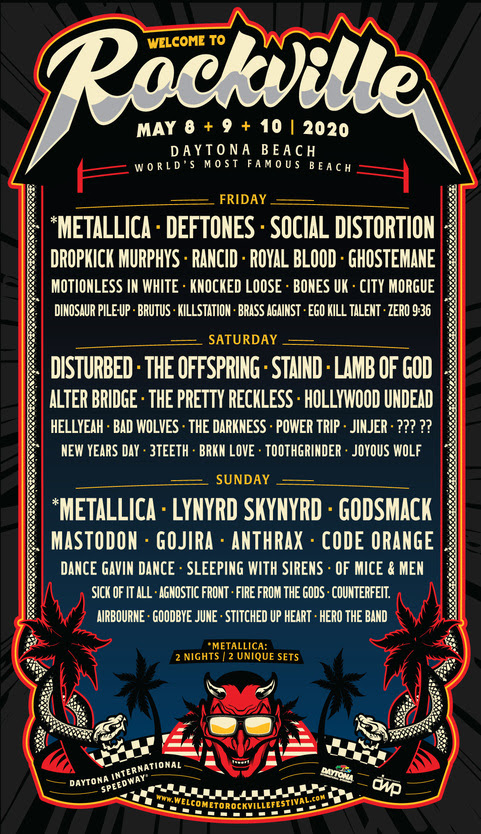