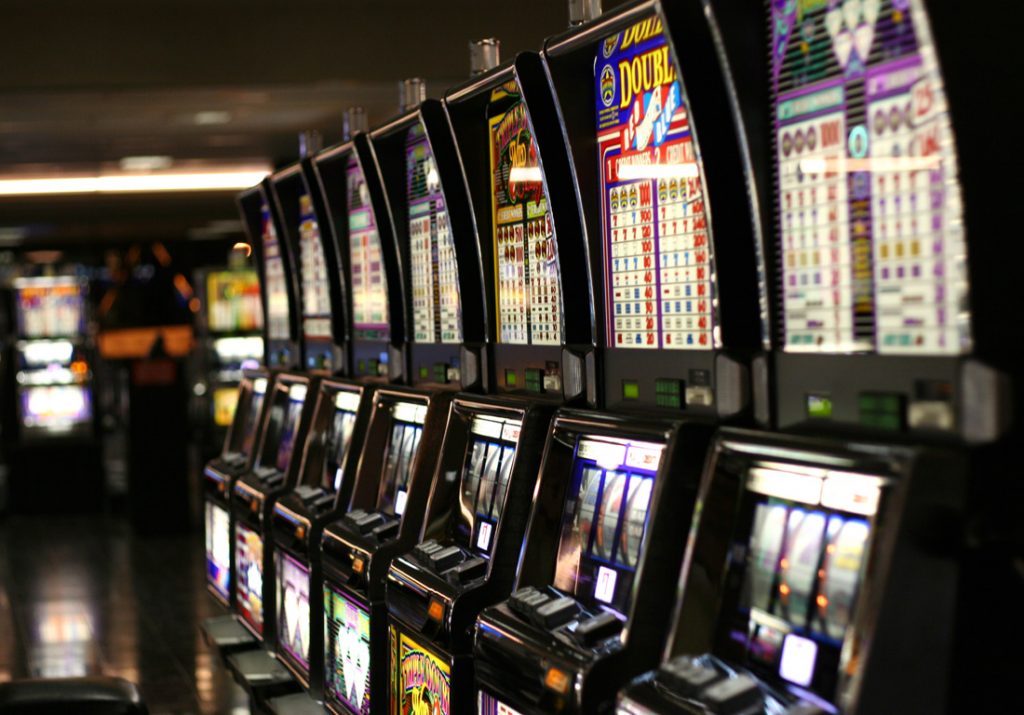 Gamblers are a very diverse bunch. You cannot ascribe any fixed musical tastes to them as a whole. Pop, rock, hip hop, classical, you name it, they all have fans among casino lovers. Metal and rock may not ever be mainstream, but that’s the way we like it, and there are surely many headbangers who like do some hardcore wagering at online slots real money no deposit

Take Scandinavia for instance. According to some wise guy who managed to put together data from the CIA Worldbook and the Encyclopedia Metallum, the region is home to the highest density of heavy metal bands in the entire world. And countries like Sweden, Norway, and Denmark also has a thriving gambling market.  So it is inevitable for those two interests to come together at online casinos, in the form of slots games with metal/hard rock themes. No other game genre is as flexible as slots in this regard. If you are a games developer, you can easily deck up a slot machine in many different flavors.

But how well can an “extreme” genre like metal gel with a gambling game? Check out some of these following slots games to figure out for yourself. It turns out, the combo is a marriage made in metal heaven (or is it hell?!). The combination of heart-thumping music and graphics that take inspiration from album covers is a real treat for metal lovers! By the way, metal is not the only music genre to give slots an edge. If you are interested in the best music-themed no deposit slots in general, you should try out these games. But for now, let’s focus on what is important – slots based on famous metal bands!

The Swedish power metal band gets a slots game in their own name, thanks to the well-known software vendor Play’ N’Go. Sabaton is a band known for their martial music, with a lot of emphasis on topis like nationalism and war in the lyrics. Play’N’Go has completely embraced this fetish in their game, with a heavy dose of military symbols ranging from tanks, grenades, bullets, and even Spartan helmets all through the game screen. No metal themed slot game would be complete without a heavy dose of music and Sabaton slot does not disappoint on this front either. Prepare to get shell-shocked if you had the misfortune of loading this game with your PC volume cranked up to 100%!

As for the actual slot game itself, it is a pretty routine Play’N’Go 5-reel slot, with a default RTP of 96.5%. Those five reels combine with three rows and hide ten paylines. Advanced features include mystery symbols, mega symbols, free spins, and the Last Stand feature. The band members add further flavor as the special symbols of Sabaton slots game. Overall, this is a shining example of a metal slots game done right.

Online casino gaming gets a heavy dose of thrash metal as Dave Mustaine and co. partner up with Leander Games. This game comes from a relatively smaller developer with only a slim catalog of in-house slots games, and it shows. As far as graphics are concerned, Megadeth slots game has not aged very well. But it certainly has a lot of visual flair and character, with metal rivets, flames, and screens filled with Vic Rattlehead, Dave Mustaine, and a whole lot of guitars, signed picks, and amps featuring as the symbols. The sound is also top notch and you can catch riffs from their iconic songs like “Dread and the Fugitive Mind” in this slots game. As for the game mechanics, this is a 5-reel slot with three rows and over 40 individual paylines.

The bonuses have interesting names tied into the band and song titles, like Mega Wheel, Hangar 18, and Head Crusher. The gameplay features are also very “metal,” with one, in particular, involving you trying to pick out a female prisoner out of a lineup of prisoners with black bags on their heads. Vic Rattlehead, the famous mascot of the band had to be one of the bonus symbols. As for the Wilds symbols, it just had to be the man, Dave Mustaine! Even though it looks like an older slot game, The Megadeth slot is still worth a spin or two if you are a fan of the band or the genre.

One of the ancestors of the new wave of British Metal, Motorhead is credited with pioneering everything from speed metal to thrash metal and more. Both metal and punk fans consider them one of their own. So if you are a big fan of iconic songs like Ace of Spades, the Netent slot created in the image of the band is well worth a try. The game opens with a bang, with a video of the band performing the song live on stage. Netent has recreated a live stage for the actual game as well, filled with strobe lights, amps, guitars and drums in the background.

Motorhead slot is a real treat to the eyes and ears. You even have an option called “Rock Mode,” where you can enjoy the biggest hits from the band as you spin the slots. The breaks in play are livened up by comments from Lemmy Kilmister.

This is yet another modern 5-reel slot with 76 different paylines. The gameplay is further enhanced by different game modes like Mystery Reels, Free Spins, and a Bomber feature. Special symbols include the band mascot Snaggletooth, and the great Kilmister himself. The game is a typical Netent slot, filled with high production values, and five great songs from Motorhead. If you are a fan of the band, you are in for a real treat!

These are not the only slots games to feature metal and hard rock bands. The following games also deserve a look if you are into the genre – KISS by WMS and Guns & Roses by Netent. Both feature eye-catching graphics and music from their eponymous bands.

Metal is a genre that fluctuates in popularity with each passing decade. Now it may exist more as part of the underground scene, but it will inevitably rise to the mainstream in the future. And then, we can expect a lot more tie-ins between bands and game developers.