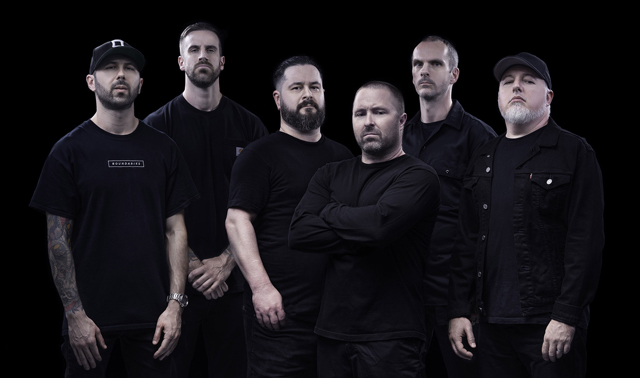 Despised Icon are gearing up for their new album Purgatory, which is scheduled to arrive on November 15th via Nuclear Blast (pre-order here). This marks their second record since their four-year hiatus as it continues the next chapter in the band’s career. We caught up with vocalist Alex Erian to discuss the second phase of Despised Icon, vegetarianism, the environment, and more.

The title, Purgatory, speaks volumes. I think people can feel like they’re living in a real-life purgatory. And I was curious, what does it mean to you on this album?

There’s definitely a contrast. I feel like my whole life I’ve always been seeing things black or white, right or wrong, good or bad, and I’m trying to reach some sort of a middle ground here and accept that certain things will always be out of my control. Certain obstacles will always surface, and all in all it’s just a matter of changing your perspective and embracing that chaos, and ultimately there is a sense of freedom that comes with that.

I’ve been trying to apply myself and work a lot on myself as of late, and I do feel like I’m in a transition phase between my past self and what I ultimately aspire to be, and so I felt like Purgatory was fitting.

I do like the phrase of embracing chaos. That’s something that many people should learn to do.

Of course, because when you try to embrace it, another storm in life happens and you blatantly ask, “Can you really do that?”

Yeah, it’s just accepting that things aren’t always in your control. Ultimately, I feel like you deal better with adversity that way.

Overall, what was the process like creating this album?

Unlike Beast, our previous record, we announced our comeback, wrote and recorded that record rapidly. I still love it. It was very raw, aggressive, energetic, and more of a stripped-down approach, a bit more reminiscent of our older records. A bit more death metal-oriented. And with this new record, Purgatory, we took our sweet ass time.

We tour part-time, so that gives us a lot of time at home to work on these songs, improve them, experiment, and I feel like this new record is more of a roller coaster. We go through various styles and emotions, a little less linear, more arrangements. And I feel with Purgatory, unlike Beast, we really acknowledged every era of the band. So, yeah, that’s the result.

I did hear a lot of diversity as well, and I was wondering. Are there any particular themes on the album?

Themes, very introspective. As I said, It all intertwines with the album concept that I mentioned earlier. But also, as I said, I’m working a lot on myself, and it’s forced me to solve a lot of issues and sort of bringing my attention back to what’s going on in the world. So I am a very eco-friendly type of guy. I try to be as veggie as possible. I was a vegetarian for quite a few years.

But as I said, Things don’t need to be black or white anymore. I feel like a lot of things are tense in the world. A lot of governments and superpowers are just trying to top each other, coming up with the biggest nuclear weapons as possible, and meanwhile you hear about all these shootings. You hear about the Amazon burning and stuff like that, and I feel like we cover some of those topics on Purgatory.

I feel like it’s important for us to have these discussions and raise awareness. We are all global citizens. We’re all in this together. I feel like now is the time to sort of revise our ways, and ultimately our race is at stake.

I is. There’s a lot happening, and it’s difficult to focus on a particular issue you want to fix next and The Amazon burning was the icing on the cake in a way.

We’ve reached a breaking point in a lot of respects and things need to change. That is for sure. And in a song, “Slow Burning,” I talk about how we’re fighting fire with fire, hatred with more hate, and it’s very hard to have a constructive dialogue in that type of setting. I feel like we should listen to each other more, fight a little less. I’m a modern-day hippie. What can I say?

What made you not be a vegetarian anymore?

I started being veg, almost vegan, beginning of the decade. It was mainly for ethical reasons, not so much health. At some point, I just found it like I’m always on the road. I’m always touring. I’m always in some random studio in another city, and it just became so restrictive at a point where you’re like touring Asia, and you feel like you’re just on a diet straight-up. That was affecting my health.

Now, when I’m at home, I cook a lot. I cook 75% of my meals when I’m at home, and I have a strict no meat policy in my fridge. But when I’m in a family setting, or when I’m at a restaurant, and the only veggie option out of like 40 meals is not satisfactory, then I allow myself to consume animal products, but with that comes a sort of sense of enlightenment. Like, you fully realize what’s in your plate. That thing was living and breathing, and so you need to respect that. You need to finish your plate, and respect that animal sacrifice for sure. But, yeah, I’m still probably like 75% veggie.

I can relate with those struggles.

Let’s face it, animals eat meat. My dog eats meat, but I do have a lot of respect for the vegan lifestyle. I used to be a big hat and sneaker collector, and now I truthfully don’t give a fuck anymore. All of that is made out of wool or leather, and I just try to limit my footprint, so to speak.

It’s like how many side Caesar salads can you have at a restaurant? It does get very limiting depending on where you travel.

Yeah. Especially like certain countries that are not as vegetarian or vegan friendly. And I remember, catering at some festival, and I was like, “Yeah, I can’t eat this. Or, yeah, I’m sorry. I can’t eat that.” And then the guy was like, “What are you a breadatarian?” And I’m like, “What the fuck?” So I don’t know.

Between Beast and Purgatory, it Mark’s the next chapter or phase for the band. How have things been for you guys since the reformation and signing to Nuclear Blast?

It’s been great. I mean the trap that a lot of full-time touring bands sort of step into is, at some point, it just straight up becomes work. Granted it’s a great line of work.

When we disbanded, we were just burnt-out. We were in our late 20s, early 30s, and a lot of us were curious of what real life was actually all about. You know just being on tour for all this time. A lot of us had great career opportunities. A lot of us were starting families, and I feel like we really needed to just step back and experience those things.

That listens to our shit and want to see us live, and that’s magical. It’s just so cool. We started this band in 2002, and here we are, 17 years later, and people are still talking about us. It’s a very humbling experience, and we want to embrace it while it lasts.

And with that comes this type of new energy. Before, we would only be on tour and not hangout in between, and now we actually started jamming again, like back in the day, and we hangout.

I feel like that chemistry is back, and we’re back with all the original members. It’s been quite pleasurable. And since we don’t tour often, every show is more of an event than just an actual show, and so we realized how important and how special that opportunity and that experience is.

I understand. Everything just happened, and it was time for you guys to take some time off for family and life.

I would say that was the main incentive, just to see what else is out there.I mean I’m not a dad, but the rest of the guys are, and I fully respect that, and I’m proud of them. I’m happy that we can now balance our home life with touring life and have the best of both worlds.

From your experience with everything, from the brief breakup to now, what advice do you have for musicians who are just starting into this industry and how to survive?

Just be passionate about your art. Apply yourself. Understand that there are no weekdays, no 9:00 to 5:00. You just gotta be on the grind and just do it for the right reasons. A lot of people talk about sex, drugs, and rock-and-roll, that shit is cool at first, but if that’s why you’re trying to live that lifestyle, and that’s why you’re in the music in the first place just to shine and all that, I feel like you’re not going last long.

Just be passionate about your art form, just artwork, and keep in mind that nobody owes you anything. Knock on a bunch of doors, and try to create opportunity for yourselves. You can be the best musician ever, but if you want to stay in your room, and you don’t feel like selling yourself, then it’s unfortunate, but you might not make it. So you got to play the game.

You said that you don’t tour that much, but you guys recently went on tour. Is there a reason why you booked this tour before the new album? Do you have any further touring plans?

Truthfully, it was meant to be the album launch tour, but we ran a little late on some of the deadlines, and we did not want the quality of the record to be affected by a deadline or just one tour. It was important for me and for all of us to not compromise in any way and really be fully satisfied with this new record. So we took a bit more time.

We are announced this new record before the tour took place, so it served as a promotional campaign. All of us have day jobs… Well, not me, but the rest of the boys do. I’m just music full-time, playing in another band as well.

But the rest of the guys, they just work in between tours, and they take a couple of weeks off from work every year, and give that free time to the band so we can be active. We have three weeks every year that we can tour. Last year was our European headline. And by default, this year is our North American headline. We did some international stuff. We went to Mexico. We went to Japan as well.

We’ve been a band for 17 years. So the fact that we’re still putting out music and have people come out to shows and all that is quite special to us. I want to thank everybody that supports our shit. 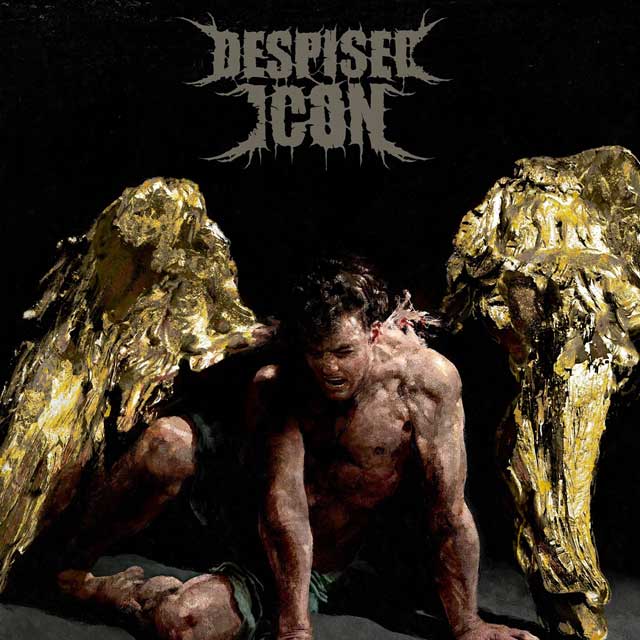