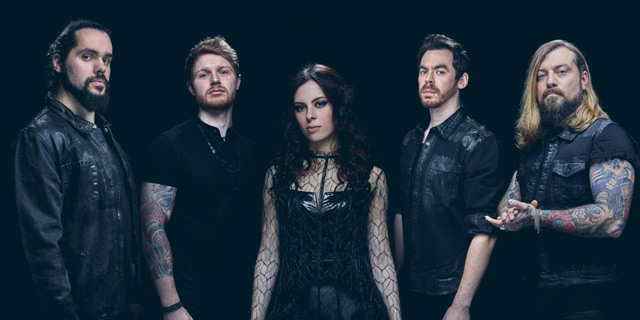 German symphonic metal outfit Beyond The Black released their new album Hørizøns earlier this summer via Napalm Records (order here). The group had to get creative to promote their latest effort during the middle of a pandemic as they held a Livestream for this year’s Wacken World Wide. We caught up with guitarist Chris Hermsdörfer to discuss their latest effort and the challenges of releasing new music during these uncertain times.

How has the response been for the new album, Hørizøns?

I think we can’t be way happier so far! We made the highest Chart Position in the German Album Charts in our band history. Also in the Charts of other countries HØRIZØNS has performed amazing so far. And the fact which is most important for us: we receive such a great positive response by the fans world wide!

What has it been like to release a new album during a global pandemic?

That’s maybe the only “sad thing“ about HØRIZØNS – it was planned to release the album and perform directly afterwards new songs during an incredible amazing summer-festival schedule. We would have been in direct contact to the fans, could have done so much more stuff to present our newest, “Musical Baby“ to the world. We would have got ready for the biggest tour in our band history in autumn 2020 (together with our friends in Amaranthe) but then: Covid-19!

But somehow this will make the new album ever more special for us, of course. Because even during the global pandemic we could find ways to perform some shows or do something special for our fans (like the, Golden Pariahs Stay Home & Fans Video or the several unplugged versions of new Songs like, “Wounded Healer“ ) and we are still working on other stuff for this year. Luckily, we could reschedule the tour with Amaranthe to spring 2021 and also most of our festival shows of 2020 could get rescheduled to 2021. So I guess it’s somehow an unforgettable story which is not over yet we can tell about the new album 🙂 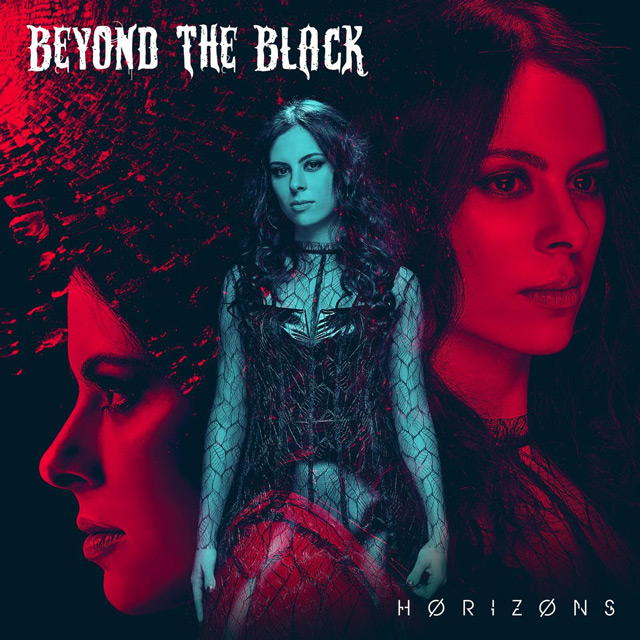 How would you compare the new album to 2018’s Heart of the Hurricane?

Two records, two stories but somehow one line we have tried to follow. In HotH we already were starting to work in songwriting and recording sessions with the complete band. Also in some songs we already have tried to “play“ with new soundscapes and styles. But it’s been the first album we were working together as the new band line-up, so the process was just at its beginning. With Horizons, we could bring this process to another level. We learned a lot out of the time we have spent working on HotH: We could schedule more time for songwriting camps in the pre-producing time of Horizons, we had a better feeling for each other and the music we want to write as a band and we became more “brave“ for trying new stuff like new using other sounds, song elements and such things. So I would say, as every album has its own history it’s usually hard to compare two records but in this case, it feels like that HotH is already a step towards Horizons and both are an important puzzle piece in the whole story of BTB.

You recently performed a livestream as part of the Wacken World Wide, what was that experience like for you?

WWW was just amazing. We never thought about playing a show like this and we are so thankful for having had the chance to play this outstanding festival. When we have entered the studio of WWW it really felt strange to know: You will play a show in which you have to imagine there will be the endless crowd like in front of the main stages of WACKEN but there’s no one really in front of you (especially as we have just played WACKEN 2019 in front of 60.000 or more people, what we still remember like it’s been yesterday 🙂 )

So we have been super excited (and a bit nervous) how it would turn out – but after the soundcheck and thanks to the amazing support by the team of WWW we couldn’t wait for the start of the show and when our intro was running we knew: let’s set this stage on fire! And it felt just great to be back on stage, to perform, play new songs, enjoy what we love to do so much: playing music for our fans – even if they have to stay home instead freaking out in front of us. So it became the feeling for us of a real live show – for me it got even so real, that was throwing my pick after the last song to a non existing crowd 🙂 To sum it up: WWW has been amazing, a great experience and to those you haven’t seen our performance – it’s still available at the WWW homepage and at Magentamusik360!

It looks like concerts are slowly coming back in Germany. We saw bands like Destruction having a few Socially Distant concerts. With that being said, what are things really like over there in terms of handling the pandemic?

Yes, slowly which is better than not at all. I think in general we try our best here in Germany to go forward through these pandemic times, no matter if it’s about social live or if it’s about concerts. The concert and entertainment industry is one of the biggest parts of the general industry in Germany, so there have to be ways to keep it alive. In the first month we were coming up with the Car-Cinema Concerts (like the ones we also have played for the release of Horizons) which have been a first try to bring back live music and entertainment. Now there are again new tries of concert concepts which hopefully will make it possible to bring back a bit of normality to the people and especially income to all the tech and crew employees, the venues and everyone who is involved in the music industry who were not able to earn any money since march 2020. So let’s cross our fingers that there will be concepts that are working, that the number of infected people is going down and above that all they will discover the vaccine so we have the chance to celebrate shows again like we loved to do in the past.

We’re not sure when concerts will fully pick up again. With that being said, do you have any plans on a virtual tour to support the new album?

Like I have said before we are constantly working with our management and booking agency on new ideas to do live shows or bring our music to the people and our fans. I guess the next month will be important also for our planning to see how new concert concepts and the general handling of the pandemic will turn out. As great as all these virtual show options are we definitely would prefer to perform in front of people than in front of cameras. We never say no to anything if it’s about performing a show (cause you are just able to say anything about something if you haven’t tried it before) but let’s see what is possible for 2020 and if it feels great for us then let’s do it!

Is there anything else you’d like to say or add to your fans?

We would like to send the biggest “thank you“ as possible to all our fans around the world. It’s really a strange and special time we are currently living in and in such times it’s so important for us and makes us happy that we have a fanbase like we have, people who are supporting us and love what we love to do: write and play our music! We all hope to get back to normality soon and see every one of you at a show of us. Don’t forget about our tour in spring 2021 with our friends in Amaranthe! We can’t wait to hit the stages of this world soon again. Stay safe and healthy!

Tags: Beyond the Black, Chris Hermsdörfer 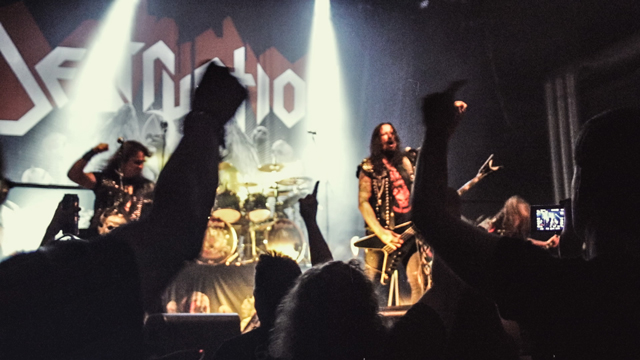