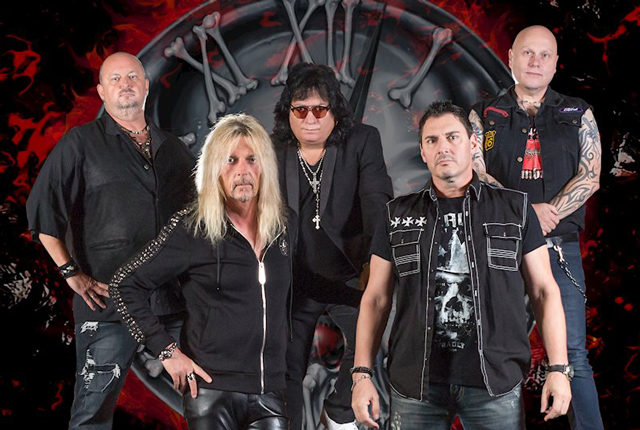 German guitar virtuoso Axel Rudi Pell’s latest masterpiece, Sign of the Times, arrived earlier this month via SPV/Steamhammer (order here). We caught up with Pell to discuss the record, his new fragrance line, and more.

I read there’s been some significant changes with the new album, Sign of the Times, from the production to possibly more melodic guitar solos. What was the experience like behind these decisions?

I didn’t change the guitar sound at all. Because I’ve been working with the same setup for a couple of years right now, it seems 15 or 20 years. So the production was a bit different because I used another engineer. Normally I’m working with Charlie Bauerfeind. And I called him for that record, too, and he said, “Actually I would love to do it, but unfortunately I can’t because there’s another German band called Helloween, they said they need me for their production of their new album, which will take five months.” And I said, “Okay.” But he mentioned to me Tommy Geiger because he mixed the sound of our last live record, which came out last year. And he mixed, of course, the 25th anniversary live record, which came out I think five years ago. So I knew Tommy, and he was a great guy. Everything was perfect. I’ve got a huge drum sound on the record, and everything was great, and I love it.

Due to the pandemic, what made you decide to release the album as planned and not push it back?

Yeah, it was delayed. Normally the original release date was, I think as far as I remember was the 24th of April. But they had to pull it back for two weeks because of the Corona thing going on. They’re waiting for some stuff coming from different countries. I have to wait for that. But now everything is there and yeah, I’m really excited about it.

My mistake. And with that in mind, how did you respond to the two week delay?

It’s very weird at the moment because everybody has to stay at home. I don’t know about the states, but in Germany we had a lockdown because nobody was allowed to go anywhere. Now we have to wear masks when you go to the grocery store, or anywhere else. You have to wear a mask. So, I don’t have a problem with that because that’s the only thing that can get rid of this fucking Corona thing. Wearing a mask, wearing rubber gloves, or something like that. You have to wash your hands several times a day, which I do normally, but now we have to really take care that you wash your hands on a permanent basis. So, I don’t mind that, but the bad thing is that our people are not allowed to go anywhere. Even the restaurants are closed. You can’t eat, you can’t have fun outside, just sitting around in the sun, watching the sky. It’s a little weird at the moment, but it will change hopefully soon.

We’re definitely living weird times right now. I also heard that you finished recording the album a little bit early, and I wanted to know, do you have any extra material leftover?

Normally I put on all the stuff I write onto the record. So when I think I’m done, and there’s not one song left which I’m really thinking about, “Wow, this would be cool if I can put it on the record too.” Because I’m having so many ideas. I’m always writing new bits and pieces. Sometimes it’s only guitar riffs, or melodies coming to my mind, but I don’t put together all of them. Because some of them are really crap. When I listen back to my whole idea catalog, I say, “Whoa, this is bad.” Next time, “Oh, this is a bad idea. I don’t like it at all.”

Were there actually any songs that were more challenging for you to put together than others?

What do you think the music industry is going to look like once things start to become normal again?

Oh, that’s a good question. I don’t know. I don’t have any clue if I would, I would tell it to the world, but I don’t know. I mean it’s a shame that we’re rescheduling all our touring plans to next year. You know that we still have a tour going and on coming up in October, November this year. I don’t know if this will happen at all, because I have two Americans in the band. And they’re not allowed to cross a border to Germany, or to Europe, whatever. And they have to stay in quarantine for two weeks. It doesn’t make sense at all. Nobody knows anything so far, so we have to wait and see what the future will bring. Hopefully the future will shine bright back again. I don’t know.

It’s definitely scary. I mean bands are announcing their Fall tours, taking the risk, but we really don’t know what’s going to happen. And you made a good point. Some countries are banning travel, along with a 14 day quarantine, and it’s complete chaos right now.

Yeah, absolutely. Absolutely. It’s going all over the world, yeah.

What have you been doing to pass the time during quarantine?

Giving interviews. That’s the only thing I can do at the moment. Talking to people outside, and I mean that’s okay. But that’s a part of my job, and I love it. Especially talking to nice people like you. So it really makes fun. That’s the only thing I can do at the moment. What I did too, I recorded an instrumental song in my home where I played every instrument by myself. I put it on YouTube, and put it on my social platform Facebook, and the people loved it. It’s just something in between. A giveaway to the fans. So I had much fun creating it, and the people loved it, and yeah. That’s good. Actually at the moment what I’m doing now is I’m creating my own fragrance line. I’m not kidding. So that’s another thing I do at the moment, and playing a little guitar, watching TV, and that’s it.

A fragrance line? Is this for just men or for men and women?

It’s both. I created four or five so far, all different. But I think that two will come out hopefully at the end of this year, maybe next year. We’ll have to wait and see because of this Corona thing still going on. The brand name is Knights Fragrances. One is called Noble Forest. That’s for men. And for women it’s called Lady Dark, like John Dark. He was famous back in the medieval times. I mean, they both smelled different, of course. I love it. I think I’m the only guy who is not going to any famous perfume guy and say, “Please build me one.” I do it by myself. All the formulas, all the things I did by myself. Of course it will be professionally produced, I can’t do this alone. I did everything by myself. Like in music. It’s like composing fragrances, and composing good songs..

It’s a good thing to rely on yourself to get things done. Usually a lot of bands will have a signature beer, wine, or liquor, but perfume? That’s creative.

I think it’s one of the most innovative things in rock music, because I only know the band Rammstein. Yes. They have their own fragrance line too, but they’re very cheap. I don’t know why. I think it just costs around less than, what is it? $22 or something. So it’s very cheap. Mine is a little more expensive, but not that much.

You can probably put like a little scent in the new album. When you open the booklet or something, the fragrance will be there.

Well, I don’t know. That’s a good idea, but actually that won’t work, I think.

Yes. It’s the fucking best I ever did so far. I think I will say the same to you in two or three years ahead. But anyway, I think it’s the best so far. There’s not one filler track on the record. You can listen to it in a row without getting bored. So that’s my personal opinion. And yeah, the people telling me the same. So I believe in it, wow. 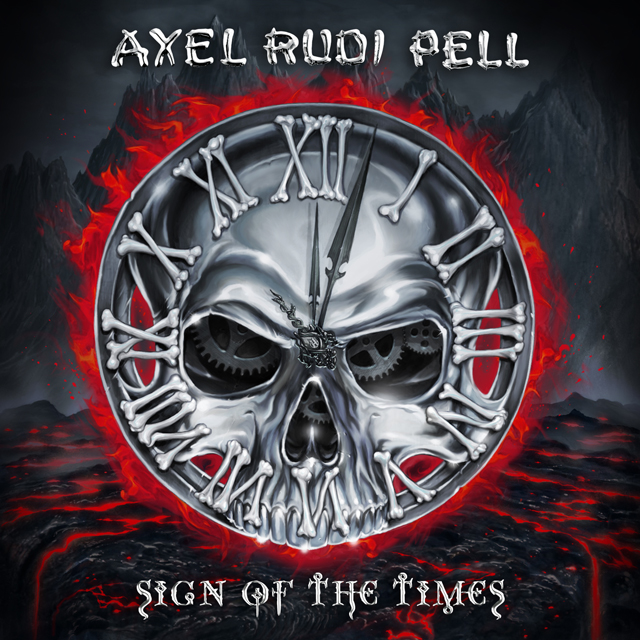