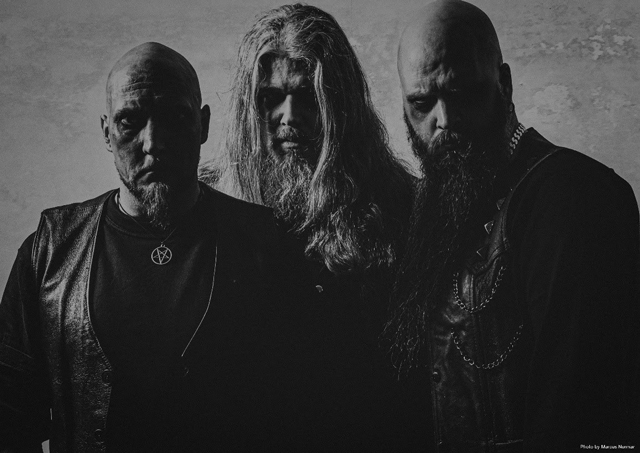 Eight years after 2012’s Téras, Naglfar has finally unleashed their new album, Cerecloth, which arrived on May 8th via Century Media Records (order here). We caught up with guitarist Andreas Nilsson to discuss the record, Sweden’s no lockdown strategy during the COVID-19 pandemic and more.

What took you guys eight years to work on the new album Cerecloth?

Well, there were several reasons. I would say, we were used to working in a certain way on previous albums that we would meet up at Marcus’ place and write together, and then create music that way. It started around the terrace recording that we noticed that we’d found difficulties finding the time to meet up due to other responsibilities, like families and work. That got even worse after 2012, because both me and Chris got kids around that time. We just found that we were somewhat limited by when we could meet up and write music. We still received offers from festivals and promoters that wanted us to come and play, so we chose to focus on rehearsing. The few times we could meet up, we chose to rehearse material for the shows instead. Since we had fulfilled our obligations with Century Media, we didn’t feel like we had any rush to finish anything, to be honest. Time went by, and then we realized that wow, now we are eight years later.

How was this recording process compared to your prior efforts?

Yes, a lot slower, I would say, seeing we were finding it difficult to schedule. Now, we realized that we couldn’t work in the same way as we did before. I set up a recording studio at my place and worked on my end, and Marcus worked on his end, and Kris on his end. This time around, we wrote more material on our own and then presented it to each other to then work on the changes, when it was presented to them, of course, because that’s how we do. I guess that’s a big difference compared to before. I think this time around, as well, we weren’t as concerned about if any guitars, any strokes and the strings were perfect. We just went with the glue of the songs. I would say it’s more like how we sound live rather than doing a lot of takes and trying to make it perfect. We had a more relaxed attitude towards it this time now.

Were there any particular challenges that you guys had to face to get this album made?

Well, the biggest challenge is to find the time to meet up. But we managed somehow. I think, also when you don’t have a label pushing you, it is easy to lose focus. We started writing this album basically maybe a year after the Téras album was out. Then it kind of died off, and we only made minor things until two years ago when Century Media called us and told us that, “Well, we don’t have a deal. But we really would like to release something, if you are still planning on doing an album.” I think that’s when we picked up the pace and managed to find time.

I noticed Sweden is one of the countries that decided not to have a lockdown. How have things been over there for you?

Well, we don’t have a lockdown, but we have a lot of restrictions. We can’t meet up with more than 50 people. We’re not supposed to travel within the country or outside, and always use social distancing. It’s a bit weird to be one of the few countries that practice this. When you read media from other countries you are looking at us like we’re crazy. For me, it’s been okay. Thankfully, no one in my immediate, anyone close to me, has been affected in that way. I think, in one way, we have been lucky to not be as restricted. You can’t really say this was a good or bad strategy until it’s over, I would say.

I think people probably just assumed Sweden not being on lockdown meant life has been normal out there.

Oh, normal, it’s definitely not. There’s a big difference. You notice it every time you leave your house, if you leave your house. For instance, I have small kids, so we get a lot of colds during this period of the year. This has meant that basically my kids have been home for almost two months in a row. Although they’re supposed to be in school, they’re not allowed as long as they have any symptoms related with COVID-19. I think we take it seriously. I just think we chose another path.

That’s good. It’s getting scary. Especially for kids, at least in the States, there’s a new development about kids getting a certain strain of COVID-19. So it’s really scary.

Yeah. But that thing existed before COVID-19. There are more of these cases showing up now, as it seems like it can be affected by the COVID-19. I just try to not think about it that much and trust that we are making the right decision. We’ll see afterwards.

Has there been any discussion out there on plans for live events?

All of the shows have been canceled. Except we have a thing in October. We have something into September, as well, but as time gets closer, it doesn’t seem very realistic. Most bands are focusing on 2021 now. It’s impossible to say anything about it. You can just try to postpone and hope for the best. We haven’t made any changes, we’re going to rehearse as we always do. If it turns out that there’s going to be a longer wait, we’ll just get back to writing music. That’s the plan.

What do you think international touring will look like once the world reopens?

It’s very difficult to say. One idea would be that when these travel restrictions and everything gets pulled, and that people are able to go out touring again, there’s this problem that everyone is going to want to do it at the same time. I think some of the smaller promoters will probably not make it during this lockdown. The general public will have less money to go to shows. There’s that thing. That all the bounds are coming, but there’s just still the same amount of people with less money. That could be a problem, but it’s impossible to say. We’ll see when we get there. I’m confident that we will go back to things as they were, but for how long we will have until it’s back to normal, it’s impossible to say. I’m not sure it’s going to be next year, or if it’s going to be five years, two years. I’m pretty confident. The world has gone through things like this before, and we’re stable.

I definitely agree. It’s going to take some time, a little bit longer than what people hope for, but we’ll see what happens.

That’s one of the perks, in some sense, not living off of music. We don’t stand or fall with the lack of income from the band. In times like this, I guess it’s this one of the good things.

Well, nothing other than that it feels really good to finally have it out. It’s taken such a long time, and these last months have been a lot of hard work. It’s like a stone is lifted from my shoulders. Some people seem to like it, as well, which is a new thing. So that feels good. 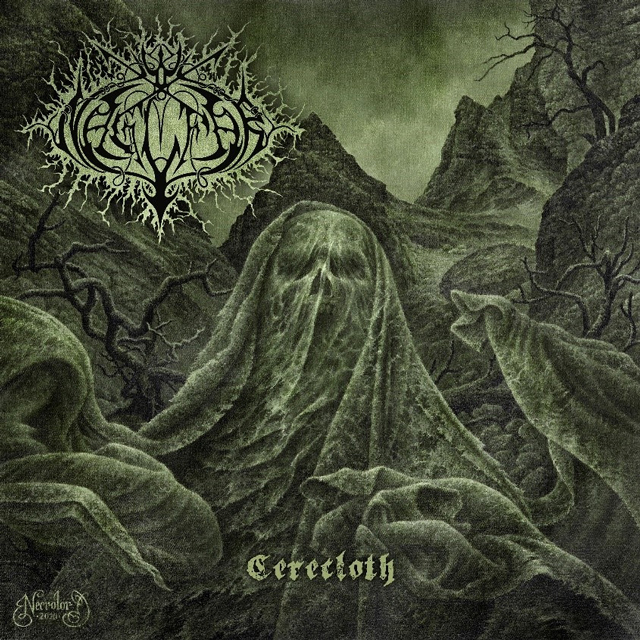 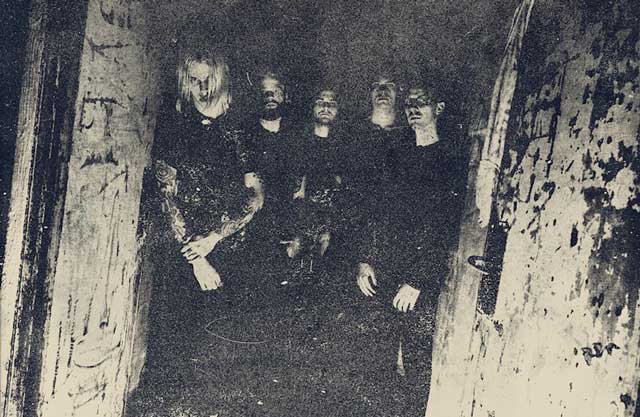