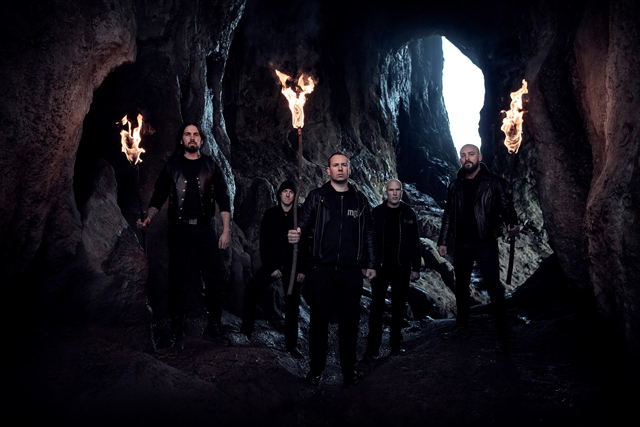 English black metallers Winterfylleth have unleashed their latest masterpiece, The Reckoning Dawn on May 8th via Candlelight/Spinefarm (order here). It is arguably one of the most robust black metal albums of 2020. We caught up with vocalist/guitarist Chris Naughton to discuss the record and looking forward to his other project, Atavist’s new album, III: Absolution, out on June 19th.

How long did it take you to work on the new album, The Reckoning Dawn?

I would say that we have been working on it for about 18 months at least. I think with every album there is always going to be a bit of a journey in its creation, and it’s rarely a simple one. We tend to be working on new songs or ideas most of the time, so when it comes to making the album, we normally put in 6-12 months of really solid work on it. In doing so we try to bring together the ideas we have been coming up with, and to work on structures and embellishments to those etc. This time was no different really, other than the fact it’s the first time we have made a full-length metal album with Dan & Mark also writing. I think their input added a few new twists and turns, as well as helping us to filter the songs through even more creative people. I think that has shown through in the final album and I’m glad that this record reflects the whole band as writers, and not just a few members; as is the case in some bands.

Were there any particular songs that were more challenging?

I think one of the most challenging songs was the second track ‘A Hostile Fate (The Wayfarer Pt. 4). I actually came up with the first few riffs for Part 4 in 2010 when we were making “The Mercian Sphere” in 2009/10, but it didn’t feel like the right time to use it, as it’s based on a similar chord progression to Part 1. Having toyed with that song idea for many years, we finally made it work for this album, and did so in a way that it reprises the ideas of the original trilogy of songs, but in a reverent way, and calls back some of the original vocal motifs to link the songs together. There is also actually an acoustic Part 5 in the story arc, that we didn’t quite finish for this album. That will most likely be on whatever comes next.

Can you discuss the songs “Misdeeds of Faith,” “A Greatness Undone,” and “Yielding the March Law?”

Misdeeds of Faith is essentially about the fanatical nature of extreme religious belief, and the impact that can have on the world. It talks about how certain people (of no particular faith necessarily – as they are all just as guilty of it) do crazy things in the name of their faith. In the song it talks about going to war or destroying an enemy for religious gain. It plays to this if the protagonists of the tale want to be seen by their god as worthy of being considered one of the few who would be treated with favour come judgement day, because they have committed these antisocial acts in their god’s name.

A Greatness Undone is about the reckless pursuit of power and greed, and how that is not a new concept. The idea being that even though the earth created a rich bounty that is, by rights, the common heritage of all the world’s people, there will always be someone trying to control it, or sell out their fellow man to get a greater share of it. In this instance it refers to an ancient king or leader who gladly sold out his people (in the full knowledge of what he was doing) in a selfish, long term pursuit to gain from it. Essentially referencing the elements, or nature, as the resource which is being taken away from the people so the king can profit from it, and how he essentially doesn’t care about the human cost, by “damning a mother to darkness, by recklessly selling the sun.” A sharp reality when you consider the lengths some will go to in order to control/corrupt/dominate/profit from their fellow man.

Yielding The March Law is broadly about encroaching on free people with overbearing ideas and trying to steal their freedom by making them part of your empire. It’s about a Scottish / English dispute many years ago, but it is relevant for many different scenarios in the modern world. More here – https://en.wikipedia.org/wiki/March_law_(Anglo-Scottish_border).

Many bands have pushed back release dates for their new album, what made you guys push ahead to release the album as planned?

I think, for us, it was important for us as a band to use this situation to still put out the album, and to maybe bring people a little excitement or hope, in what has been quite a dreary few months for many. It didn’t make sense for me to sit on the album when it had already been manufactured and when we could potentially use it as a tool for good. I know it has brought a lot of people a point of interest while they are locked in the house, and I think that is why we wanted to do it. Whether or not that’s the right decision commercially is yet to be seen, but that’s not what this is about right now, and I hope our fans would want to check out and buy our new albums regardless of the situation. So let’s hope we were right.

What do you think the music industry will look like once the pandemic ends?

Fortunately for us, we don’t live solely on our endeavours in Winterfylleth, and most of us have other pursuits that help with the bills. So in that sense, as things stand, we are all ok. But I think that this will have a really big impact on the bigger bands, who rely on touring for income, and also the venues/staff/promoters/hospitality industry who were the first to be closed down and will probably be the last to re-open. Who knows what the landscape will look like after the virus situation ends, but it’s a bleak outlook for many at this point! Lets just hope the fans and the bands can get back out and support one another when the time arises. It will no doubt hurt many people, but everyone is waiting at the gates for a green light. So lets make sure we all get out, where we might not usually and support bands and venues.

We’ve been hearing a lot of predictions when it comes to concerts, when do you think concerts will resume?

I think it’s anyone’s guess at this stage unfortunately. I can’t see there being much going on before October at the earliest, and even then it’s subject to review. It feels like 2020 might be cancelled and that 2021 is going to be a rerun for almost everybody for all gigs. I hope things open up soon, but it seems like a year off from playing at this stage.

My other band, Atavist have a new album called III: Absolution is out on June 19th 2020 again through Candlelight/Spinefarm Records. If people like the atmospheres on the Winterfylleth album, maybe they would like to see those atmospheres created through a slightly more introverted lens of my writing. 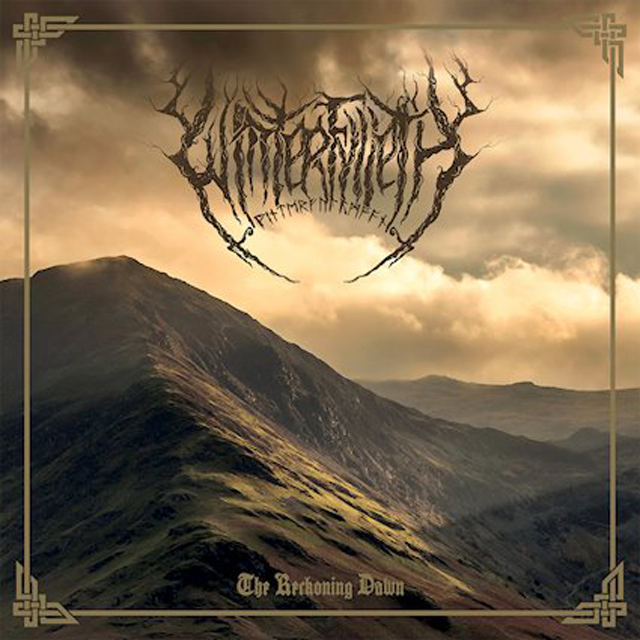