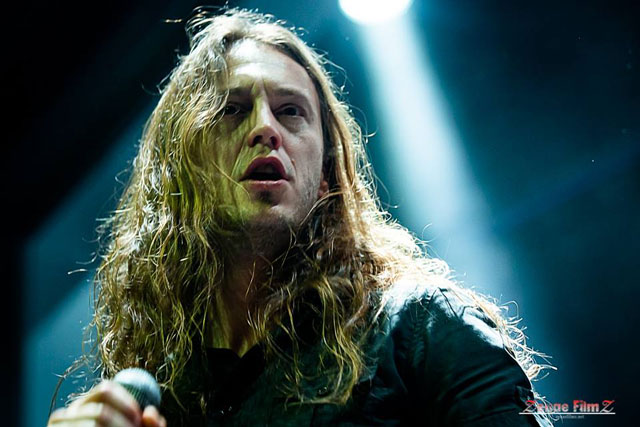 Mark Jansen is one of the hardest working musicians around. During Epica’s downtime, the Dutch guitarist/singer is either working with MaYaN or his new project, United Metal Minds. Therefore, there’s always something for his fans. Epica has spent a decent amount of time celebrating ten years of Design Your Universe, which includes The Gold Edition remastered re-release (order here), and their upcoming North American shows including boarding the tenth edition of 70000 tons of Metal, in January 2020. However, there’s much more to see from these symphonic metal masters as their new book, Essence of Epica will be released on December 9th (pre-order here), and we will hear a new album by (hopefully) next year. We recently caught up with Jansen to discuss the history of Epica as well as their future plans, MaYaN, United Metal Minds, and more.

This year, you’re celebrating the tenth anniversary of 2009’s Design Your Universe, and about to release the book, Essence of Epica, I figured it would be a great time to reflect on the history of Epica. How have things progressed from your debut, the Phantom Agony to Design Your Universe?

The first albums were with Transmission Records. That was the company that first believed in us and gave us the opportunity to release our first albums, so I’m really thankful to them. Unfortunately, after two albums, they went bankrupt, and there was a DVD that never got released, but that period with Transmission, that created the basis for the band. There, we developed our sound. When we got signed with Nuclear Blast, from the third album [The Divine Conspiracy ] on, we continued building on the sound that we developed. I think those early years, it’s not far away sound-wise, from what we are doing nowadays. We just added elements. That’s also why the old songs, we still have some of them in our setlist, and they still work pretty well. There are some bands I know, they never play songs from their first album anymore, but we also still love playing the really old stuff, from the very first one.

Requiem for the Indifferent, in a way, is a stand alone album because many say Quantum Enigma marked a new transition in Epica by adding more elements, as you said before. It’s been pretty consistent with the two EPs – The Solace System and Epica vs Attack on Titan, as well as the Holographic Principle. I read that you’re working on a new album and wanted to know what fans should expect to hear from the new record?

It looks like Epica have been having quite an epic time celebrating 10 years of Design Your Universe, and I wanted to know, what made you guys pick this particular album to celebrate, and have the Gold Edition as well?

First of all, I was not thinking, even realizing that it existed for ten years. Nuclear Blast I think mentioned it, and our manager, we started thinking about it. As this album is very important for many fans, because we often get messages and quite often, people have referred to this album. It means a lot to the people, and yeah, we thought we should do something with it, and we didn’t want to just re-release the album. We wanted to do something special with it, so we remixed it and remastered. But, we made sure with the remix, we wouldn’t change the sounds completely, just having a refreshing sound, and stay close to the original. So that you have the advantage of modern technology, without losing the typical Design Your Universe sound. I think now, with this being done, you can hear some more details in the music, so it’s the benefit of it. We added an extra disc, with five acoustic tracks, which also are not simple translations from the album version, but songs that stand on their own. Sometimes, they almost don’t sound like the original version, like, “Martyr of the Free Word,” for example, which turned from a very heavy track, into a ballad. It was interesting to work on all of these things because we wanted to make something special. I’m proud of the end result, and also what I’ve heard from the fans, they are extremely happy about it. So I’m very pleased.

You always appear busy between Epica, and MaYaN, and since you have pets, I wanted to ask, who takes care of your pets while on the road?

Yeah, when I’m on the road, my girlfriend takes care of the pets. When we are both on the road, because she is a musician too, and a singer, her mom takes care of all pets. There’s always somebody who is taking care of them. I have five pets, three dogs, two cats, and when I go on tour, it’s always a little bit painful for me. When I leave them and see the look in their eyes, I see sadness, especially in dogs. It’s always a little bit of a sad moment, but that’s the downside of being a musician when you leave home, and you leave everything you like behind. But yeah, you win some, and you lose some. 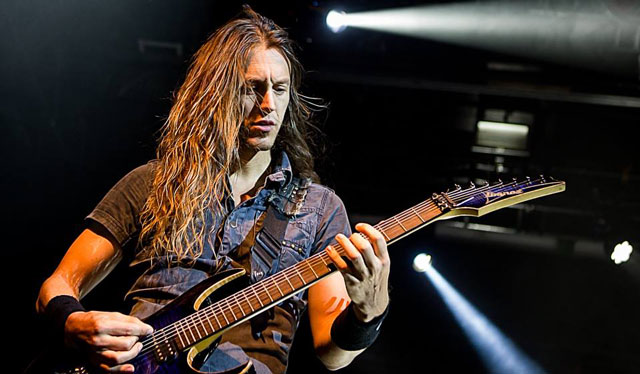 Social media can get ugly. Things can be taken out of context. With that being said, earlier this summer, when Andre Matos passed away, Epica took a hit on social media. Due to a misunderstanding from what I believe it was a statement you guys made, I wanted to know if there is something you wanted to say, or bring some sort of clarity to this?

We wrote a message from our hearts, and it got misinterpreted indeed. We wanted to show some respect to him without letting it sound that we wanted to say, “Hey, come to listen to one of our albums, because Andre is on it.” We didn’t want it to sound like we were profiting from the situation. We really wanted to show respect. It turned out that people thought we showed disrespect by saying he had a small role in the album, but it was actually the complete opposite, we didn’t want to make it bigger for us, from our side. But, yeah, sometimes in English, there is a language barrier, and especially from English to then another language again. Then sometimes things can get misinterpreted, and in some countries, the reactions are heavier than in others, so sometimes it can sometimes be very uncomfortable, but it’s the way it is, and I don’t get sad for too long about such things. It’s not important. It’s just that things happen. On the internet, things go really fast, and most of the time, it’s good, and sometimes, things get out of control. That’s the internet. We all have to deal with it, and it happens to everybody, sooner or later, that sometimes things get misinterpreted, yeah. It’s the way it is. 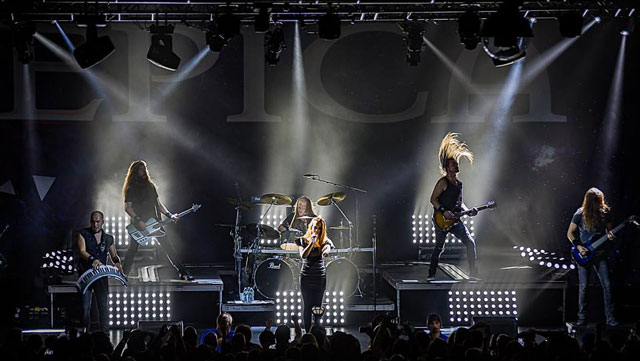 It’s best to move on. You’re right about that. Epica is coming back to North America for just a few shows next year. Is there a reason why you decided on not making it a full-fledged tour?

The reason is pretty clear for us because we are writing a new album, and we want to record it in a certain time span. We simply wouldn’t have the time for a whole tour, but we also didn’t want to skip the demand of many fans from the US and Canada, to come over, to play the Design Your Universe show there. We decided to do it in some key cities, and I think it’s a win-win situation. The new album will not get harmed, and we can still, for the diehard fans, do the shows. I think this is the best we could do, and the best of both worlds, as well.

Should we expect the new album to arrive sometime in 2021?

No, next year, it will be released. 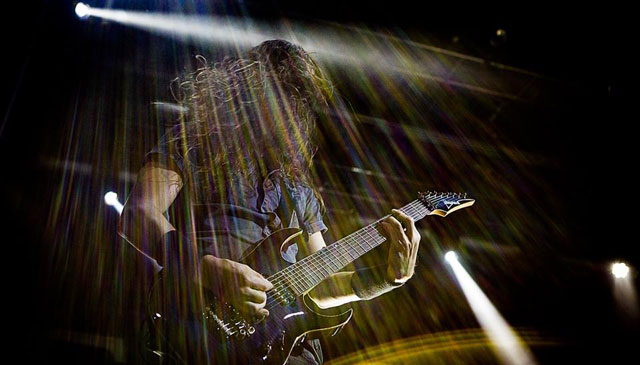 What should we expect next year, for both Epica, and MaYaN?

For Epica, first of all, that new album. That’s going to be the main thing for the next year. It will probably be released around August, September 2020. After that, we will do quite a few tours again, and also a US tour. That’s going to be the time that we’re going to do a full tour again. At this point, it’s like a painting, and it’s just the first drops of how the tour is going to look like. We are discussing that at the moment, and when the Epica album is finished, we will slowly start working on the new MaYaN. In the meantime, I somehow also have to finish my United Metal Minds project, which I also started one year ago. That’s something that is really promising, and some really good material that I definitely want to record for a full-length album. But, I have to find the time every now and then, to make that happen.

During the sabbatical, we had with Epica. I wanted to make music, so I decided it would be fun to make music with people from all over the world. Of course, it was a hell of a job. There is so much good material that people write, and I had to go through a lot of music. Then, I made some selections, and I wrote some songs with them, that I believed in the most. I think that’s now 80% written, and then I have to select the singers. That’s still something that has to be done. Then, it has to be recorded. First, the idea was to record it pretty soon already, but then Epica’s schedule became clear that we record the album in January, February, and March 2020. Then, I decided I will go to the studio with United Metal Minds after that.

I’m looking forward to hearing all three projects coming to life within the next year, or so Is there anything else you want to say or add?

First of all, I hope people are going to like the book that we’re going to release at the end of this year. It was a lot of work, actually much more than I thought it would be. But there are quite some unique stories in it, that even things that we have never told before, so it’s got some interesting stuff in it, and it goes from our childhood, til where we are now, so it’s a very interesting story. Second, I want to add, I hope to see many people at the Design Your Universe shows, and whoever cannot make it, or for whatever reason, they can always come to the tour that we will do after the new album, so somewhere, I will see everybody around.