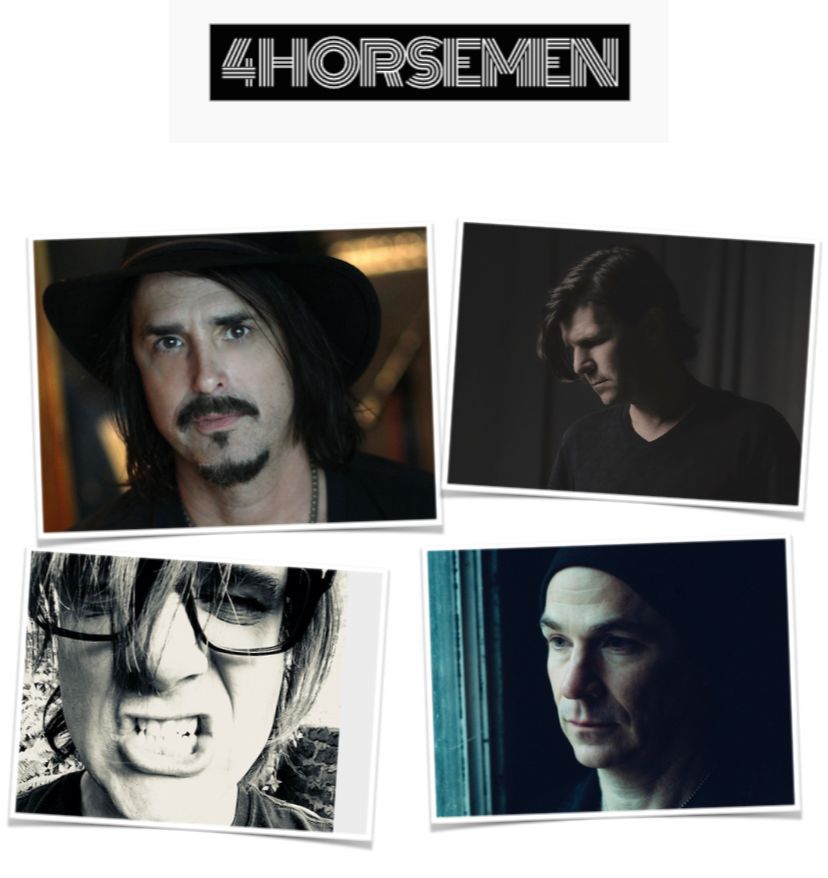 This probably won’t come as a surprise to you, but a lot of songs you’re hearing aren’t all written by the artists. Take, for example, this week’s #1 song at rock radio, Shinedown’s “Atlas Falls.” It was co-written by Zac Maloy, who some 90’s rock fans may remember as the frontman of The Nixons. He’s also one quarter of songwriting/production team 4 Horsemen Music, who have signed an exclusive worldwide publishing partnership with relatively new record label Round Hill Music.

In addition to Maloy, 4 Horsemen Music also includes producer and songwriter Martti Frederikson, who’s written and produced for Aerosmith and Ozzy Osbourne, and you may recognize his vocals if you’ve enjoyed Almost Famous, when he provided the voice of Jason Lee’s Jeff Bebe in the 2000 film. Blair Daly has written for Scott Stapp, Sixx:AM, Halestorm and Carrie Underwood, while Scott Stevens has written for and produced acts including Nothing More, Highly Suspect, Daughtry and American Authors. Between them, the four have worked on music that’s sold more than 155 million albums and had 35 #1 hits in multiple genres.

Round Hill founder/CEO Josh Gruss commented on the partnership, saying:

Josh Gruss, Founder and CEO of Round Hill Music said, “It’s a pleasure to have these fine
gentlemen of songwriting prowess join the family at Round Hill Music. Marti has been my friend
and partner at Sienna recording studios for many years now and it’s great to bring him even
closer into the organization. Blair, Scott and Zac are amazing writers especially in the rock
category and the four of them together make a killer, go to songwriting unit, with production
chops to boot, and to weave them in with all the great artists we have at our record labels will
surely result in great synergy. It’s amazing to announce this along with an active rock #1 for the
partnership.”