We’ve already written abut Spotify being sued today, so we might as well keep the legal metal news going. Another suit filed last month came from Gibson Brands, creators of the iconic Les Paul guitar. Law360 states that they brand is suing toy manufacturer Funko over their Funko POP Figurines. It turns out that the guitars being held by their Slash, Paul Stanley, Kirk Hammett and James Hetfield figurines are likenesses of Gibson guitars, which constitutes unlawful usage. Will people that pick up a Funko figurine assume that it’s something being sold by Gibson?  That’s what the suit alleges, especially since Gibson says that Funko was contacted in October of last year by their attorneys and the deal was never completed:

“The misuse of the Gibson trademarks by Funko was intended to cause, has caused, and is likely to continue to cause, consumer confusion, mistake or deception including the misleading of consumers into mistakenly believing that the defendant’s unauthorized products are made directly by Gibson pursuant to Gibson’s strict quality control standards or Gibson has authorized or licensed the use by Funko of the Gibson trademarks for those products.”

It’s certainly pretty obvious from looking at some of figures that the guitars are certainly modeled after Gibsons, but if worse comes to worse, it would be pretty easy to just have the likenesses of the guitarists without their guitars. It’ll be interesting to see how this plays out. 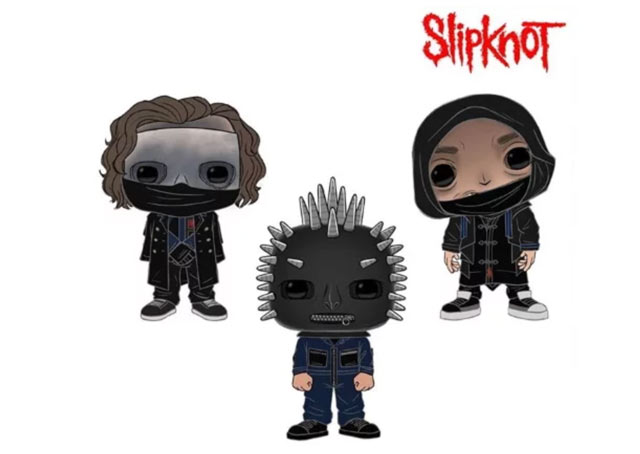