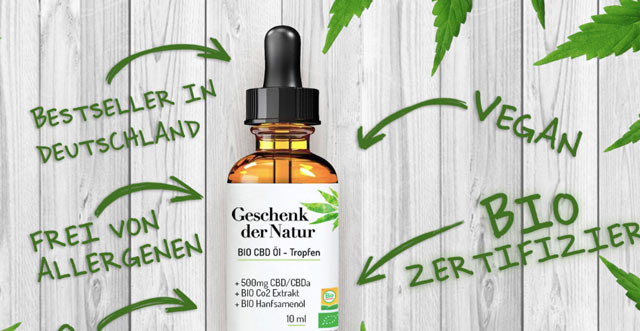 Musicians and performers can benefit from CBD oil in a variety of ways. Because it helps treat anxiety and is anti-inflammatory, musicians may find themselves in greater health and mental condition when they use CBD oil, though it’s important to remember the dosage for CBD oil varies from person to person.

Because the dose varies on a number of factors, such as age, gender, and condition you’re aiming to treat, it’s important to start small and work your way up until you achieve the desired effect.

In the first UK academic study on mental health and musicians, Help Musicians UK (a British non-profit) found that 71% of them experienced performance anxiety, anxiety/panic attacks. Performing on stage is a high-pressure situation, so it’s no real surprise the body’s “fight or flight” response could kick in and create issues.

In a small scale Brazilian study, participants either received oral CBD or a placebo 90 minutes before they underwent a simulated public speaking test. The researchers found a 300-milligram dose of CBD was the most effective at reducing anxiety during the trial. Placebo, a 150-milligram dose, and a 600-milligram dose had little to no effect on anxiety, suggesting that more isn’t always better, which is why it’s important to adjust doses gradually.

A new study is underway in the United States. It is an 8-week double-blind placebo-controlled clinical trial that started in July 2019. Preclinical evidence conclusively demonstrates efficacy in reducing anxiety behaviors relevant to multiple disorders. The study is expected to be completed in October 2020.

CBD acts as an anti-inflammatory, which can help keep the vocal cords in good shape after a show.

Inflammation is a side effect of prolonged strain to the vocal cords, and while there are medications available to address this, they have side effects such as thinning the blood. Thinner blood contributes to the possibility of vocal cord rupture.

The anti-inflammatory effects of CBD can also help combat acne, which can be an issue for musicians who deal with a lot of stage makeup. A test-tube study found that CBD oil prevented the skin’s sebaceous glands from excreting too much sebum, and simultaneously preventing the activation of cytokines that are known to promote acne.

Depression is common among performers, with artists like Chester Bennington of Linkin Park and Chris Cornell of Soundgarden among the many who’ve committed suicide.  It’s so common, in fact, the same study by Help Musicians found that 60% of musicians had struggled with mental health, 68% say they struggled with separation from family and friends and loneliness.

When correlated to reports on the general population in the UK, musicians could be up to three times more likely to suffer from depression as the general public.

According to the World Health Organization (WHO), depression is the single most significant contributor to disability worldwide. Generally, depression is treated with drugs that cause a plethora of side effects such as headache, drowsiness, insomnia, agitation, and sexual dysfunction.

Certain classes of medications, such as benzodiazepines (Xanax, Klonopin, Valium, and Ativan, to name a few) have a high potential for addiction, which can lead to substance abuse.

Multiple animal studies have shown the best CBD oil has antidepressant-like effects, suggesting that CBD can act on the brain’s serotonin receptors. Serotonin is a neurotransmitter that regulates social behavior and mood.

Many musicians turn to drugs and alcohol to help them cope with the pressures of celebrity life, touring, recording, and so on. CBD has been shown in animal studies to change brain circuitry as related to addiction. One study found it reduced heroin seeking behavior as well as morphine dependence.

But it’s not just hard drugs that CBD can help you break away from. A 2010 article that examined alcoholism and the endocannabinoid system found that prolonged alcohol exposure causes deficits in the brain’s endocannabinoid signaling.

This can contribute to maladaptive stress coping and an increased desire for alcohol consumption, in an attempt to boost CB1 receptor activity, creating a vicious cycle of addiction that feeds on itself. Because long term alcohol abuse depletes endocannabinoid tone and the endocannabinoid system is involved with dopamine and serotonin, it creates issues with mood regulation and impulsive behavior.

Not something you hear about often when discussing the benefits of CBD oil, the truth is using it may make you more creative. Studies show that using CBD increases the blood flow to your frontal lobe. Increased blood flow to this region has also been found in people who are when compared to those with low creativity, highly creative. The frontal lobe is responsible for creativity, problem-solving, and planning, so activities that engage it are among the most creative pursuits.

Using CBD to get this increased blood flow allows the brain to operate more efficiently and flexibly.

Because CBD oil can affect serotonin levels, CBD can work to improve mood and energy. Serotonin is a neurotransmitter that’s involved in a number of functions throughout the body.

It is sometimes called the Happy Chemical because it plays such an important role in well-being and happiness. But beyond mood regulation, serotonin also plays a role in appetite, along with motor and cognitive function.

CBD for pain relief is one of the most common uses. Musicians are often on stage dancing and singing for hours at a time, which can be hard on the legs and feet. For musicians who are also playing instruments like the guitar while singing, it’s also stressful on the arms, hands, and fingers.

According to a meta-analysis of various reports and studies, there is substantial evidence that cannabis is an effective chronic treatment in adults. A separate study published in the Journal of Experimental Medicine supports these results suggesting that using CBD decreases pain and inflammation.

Researchers found that test subjects were not likely to build a tolerance to the CBD effects, so they would not have to increase their dose regularly to achieve pain relief. They noted that CBD and other cannabinoids could provide helpful new treatments for people living with chronic pain.

If you’re a musician who’s not already using CBD oil as part of your lifestyle, it may be time to consider it. However, because CBD has the potential to interact with certain prescription medications, it’s always best to speak to a medical professional before you start using it.