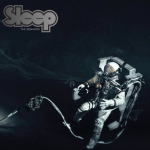 Sleep’s fourth studio album (and first in more than fifteen years) proves that Matt Pike is one of metal’s most precious assets. Obviously Sleep’s back catalogue is both iconic and sonically crushing, but Pike’s meticulously sculpted 2018 guitar tone droning underneath Al Cisneros’s monotonous drawl is absolutely bong-rippingly delicious. 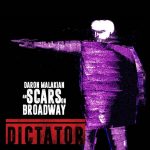 04) Daron Malakian and Scars on Broadway, Dictator (Scarred For Life)

Fans of System of a Down have been mercilessly teased with rumors of new music since the group reunited in 2011. Around that time, there were rumblings that the band (minus vocalist Serj Tankian) was in the studio writing a new record – SOAD’s primary composer Daron Malakian ultimately sat on the music for 6 years and released it under the Scars on Broadway moniker. These are some of the strongest songs Malakian has written, however one can’t help but imagine Tankian’s voice on a lot of it. Tracks like “Fuck and Kill” and “Angry Guru” would fit perfectly on any SOAD record. Dictator is a glowing reminder that Malakian still has his mojo. Given how absolutely deep and crushing this album is, I have no doubt an eventual new SOAD record would exceed expectations. 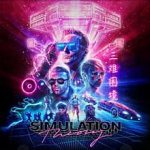 Muse set an extremely high bar with their gritty 2015 album, Drones, which saw the band leaning into their heavier, riffier inclinations. That high bar was met with the British trio’s newest release Simulation Theory, which conceptually lands somewhere between The Matrix and Tron. ST is Muse going full space-rock. Every song is dripping with layers of synths tracks, but not in an 80’s Rush kind of way – more like the heaviest Hans Zimmer soundtrack you’ve ever heard. As is frontman Matt Bellamy’s style, the theme of the album is a grand overarching political and societal allegory about humanity’s habitual lack of engagement with the material world, yet the lyrics always feel incredibly personal. Again, Muse is by no means a metal band – but the sheer epicness of Simulation Theory is a feat of extremity unto its own. 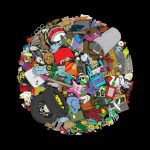 Quite simply, Brooklyn-based psycho-avant-doom quartet Netherlands is one of the most powerful bands on the planet. For the uninitiated, I usually explain Netherlands’ sound as “Daft Punk meets High on Fire,” or “Devo meets Deftones,” or use any number of oversimplified comparisons that don’t do their fierce originality much justice.

Black Gaia is a bold statement – a neon pink punch in the loins.

I challenge any stone-faced metalhead to subject themselves to six seconds of this record and not crack a smile.