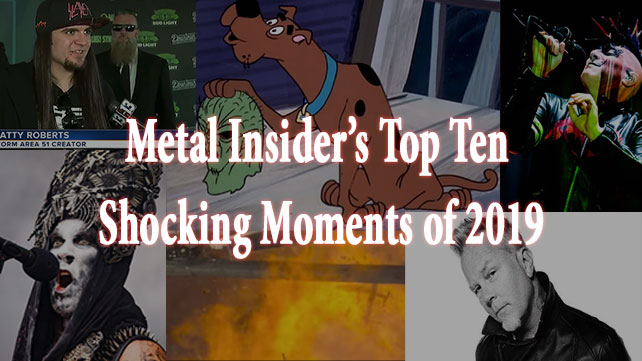 Mötley Crüe’s reunion was bound to happen. The rise of their return started when the Mötley Crüe biopic, The Dirt, premiered on Netflix back in March. Rumors of the band’s return spread back in April when we heard they were going to release a covers album. And sure enough, the group released a few new songs along with accompanying videos. Finally, last month the band not only announced their official return but they shared an exploding video of their Cessation of Touring Agreement. The video also made their return seem as though it was for their devoted fans. However, Metal Injection reported the band are asking for $3.25 Million per tour stop on their reunion tour with Def Leppard, Poison, and Joan Jett. What’s shocking about this return was how serious each member was back in 2014. Guitarist Mick Mars was a guest on That Metal Show at the time when ironically enough, Metal Insider’s Zenae Zukowski was sitting in the audience that day witnessing how serious Mars was on the band’s retirement. Mars also commented if the reunion were to happen, he would “invite the world to come for free.” This statement, which was over five-years-old at the time, soon made headlines once the band announced they’re back.

I always said they’d be back. My redemption tour starts today. And great news…free tix for all Mötley Crüe fans! pic.twitter.com/Twr3BOSNqZ

Mars later issued a statement in response to his “free tickets” comment:

“While I was clearly joking about the free tickets that night on That Metal Show, I was also deeply convinced that we would never, ever be touring again. I would have never expected to be facing a whole new generation of fans demanding to see us play. In fact, touring with Motley Crue comes at a weird place in time, since my solo record is almost complete after such a long time of writing and recording. But, I put our fans first.”

Statement from Mick regarding my TMS clip & “free tickets for the world” #mickrules pic.twitter.com/KtOuQOuwY6

The headlines surrounding this reunion tour continued to soar as it made it to Fox Business as the band’s manager, Allen Kovac, revealed:

“Some of them are working with a trainer, some of them are working with a nutritionist to make themselves the best they can be. The greatest insecurity for an artist is: Is anyone going to care about my music? Is anyone going to buy a ticket? We were in November when the discussions were happening, and these guys were already into regimens of how they get ready for a tour.”

As shocking as their return has been for us all, we have to wait until next summer to see the overall turnout of their reunion tour.