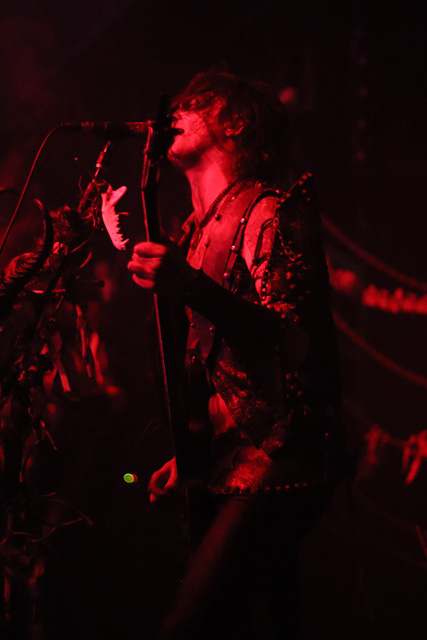 We are approaching sensitive times where anything and everything can result in being offensive. It’s sadly become easier to assume one is guilty based on association over gathering actual evidence. There has been an increase in either censorship, labeling, and overall assumptions. For instance, the new Disney+ streaming service has censored their content, and you can find a censor tracker via Reddit. Whether we agree or disagree with what’s happening, we can at least admit this will be ongoing, and who knows how things will (hopefully) resolve in the next decade. With this divide, we’ve coincidentally noticed a growing number of visa issues where bands are finding it either more difficult or expensive to book a U.S tour.

Dark Funeral’s Lord Ahriman mentioned how U.S tours have become quite pricey over the last few years. Delain, who we’ve seen tour throughout the country several times, recently had their first visa issue when drummer Joey de Boer was forced to sit out of their tour due to a delayed visa process. Ingested were forced to cancel three shows due to visa issues. Orange Goblin drummer Chris Turner had to sit out of their U.S tour due to a delayed visa process, and Rotting Christ were pulled from Psycho Las Vegas due to another visa mishap. Looking back on their stories on how invasive the entire visa process is just for one tour, it’s scary to predict we may face seeing fewer international bands book U.S tours. As controversial as Watain can be, it was reading behind what happened to guitarist Pelle Forsberg on how he was more or less immediately banned from entering the U.S upon arrival. Watain nearly pulled out from their tour with Morbid Angel entirely, but thanks to “ridiculously expensive- work from lawyers and management,” they were able to carry out the trek.

In the past, we’ve seen groups leading venues, fans, and people in general into a scared frenzy. Sadly this has resulted in an unresolved domino effect. It’s been one tricky ride over the last few years, and now, the U.S Government is involved deciding on who can perform in this country regardless of the genre. Hopefully, there will be a resolution to this division.