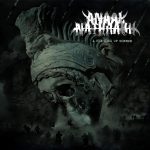 Do you enjoy metal and horror films? Then this record is for you. When I first listened to A New Kind of Horror, it initially felt like I was somehow placed in the middle of one of my favorite horror movies. Between the atmospheric breaks and blistering cuts, Anaal Nathrakh has made a masterpiece with A New Kind of Horror. 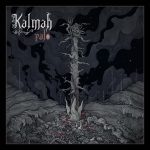 Time for some swamp metal! I don’t recall seeing Kalmah’s Palo make any list (yet?) and if they aren’t, that has to be because they haven’t had time to hear it. Of course, it’s all a matter of opinion. Palo has a mix of different styles including thrash, power, black, and a few hidden folk blends that are arranged to make you wish they will one day book a North American tour just to hear these tunes live. 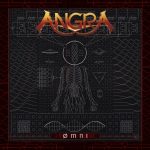 Angra has been around for well over twenty-five years and has gone through significant lineup changes. Many are familiar with the name since guitarist Kiko Loureiro joined Megadeth just in time to work on 2016’s Dystopia. Omni marks the group’s second album with vocalist Fabio Lione and a first with guitarist Marcelo Barbosa. Despite the changes, their follow-up to 2015’s The Secret Garden is one heavy and near-flawless album. It is by far the best power metal record of 2018. 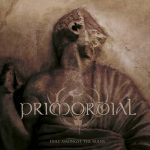 “Upon Our Spiritual Deathbed,” is what made me realize this album would make the list. Exile Amongst the Ruins cuts in deep as it’s powerful softer blends will convince you to listen to this record on repeat. It’s heavy, chaotic, mystifying, sedated, and glorious. Just put on “Nail Their Tongues” and don’t turn it off.

Key Track(s): “Nail Their Tongues” “Exile Amongst the Ruins” “Upon Our Spiritual Deathbed”