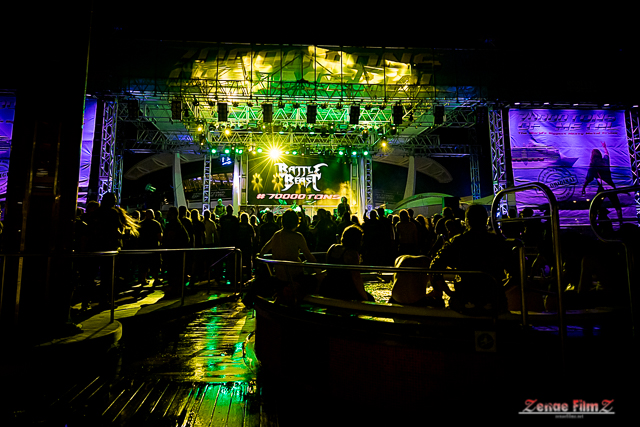 The second day of 70000 Tons of Metal is always the longest and most exhausting part of the cruise. It starts at 10am, and if you’re still awake, ends close to 6am. Finland heavy metallers Battle Beast were scheduled to close the pool deck for night two at 5am. As much as my body wanted to collapse and call it a day, I knew I had to do whatever it took to be awake for their set. And, I did. I had no idea it would end up being the best performance of the year. Additionally, it was the best that I’ve seen from them. Whether it was the perfect lighting to match their unstoppable energy, their deliriousness from starting so late, my own exhaustion, or all mixed together; they put on an stunning show.