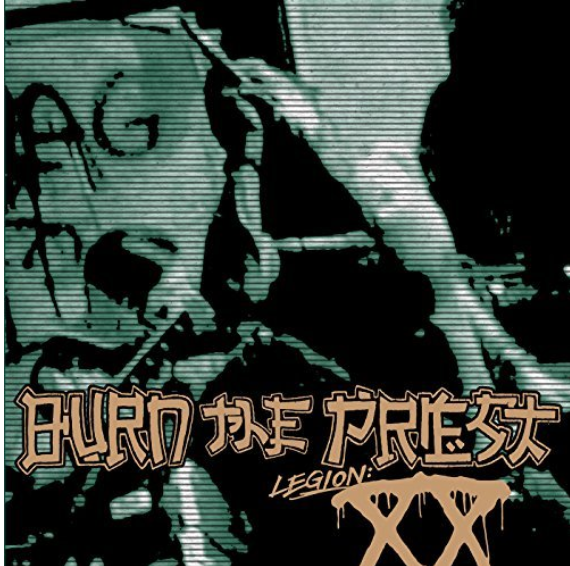 When Lamb of God started tweeting about Burn the Priest earlier this week, we all knew something was up. The band spent their first five years under that name, releasing a self-titled album under that name before changing their name in 1999. Then on Wednesday, a flyer suggesting that Burn the Priest would be playing in Richmond today at 10am surfaced. The opening band was listed as Martha Splatterhead, which suggested The Accused were somehow involved. It turns out they are, but not quite in the same way as we thought. Burn the Priest are releasing an album of covers and first on the docket is a cover of The Accused’s “Inherit the Earth.”

Legion: XX will be in stores on May 18th, right after the band’s tour with Slayer kicks off. Some LoG die-hards might have noticed that the track listing became available at midnight on Apple Music, along with the song becoming available to  purchase and stream on Apple Music and stream on Spotify. Metal Injection did some digging and found the track listing on Amazon. Some of the other songs being covered are by The Melvins (“Honey Bucket”), Quicksand (“Dine Alone”), Bad Brains (“I Against I”) Ministry (“Jesus Built My Hotrod”) and Cro-Mags (“We Gotta Know”).

Randy Blythe spoke about their “Inthe

“I’ve been an Accused fan since I was 14 when they were on the “Thrasher Skate Rock Volume 3” compilation with C.O.C. and all these amazing crossover bands. Their singer Blaine Cook was a huge influence on me, vocally.”

Here’s what Chris Adler says about the Accused cover:

“‘Inherit The Earth’ hit me in the face soon after I managed to get my grubby mitts on the album sometime around ’88. I got the Accused record at a “Yellow Banana” record store on Route 1 south of DC while in route back from my “counselor” to my home in Woodbridge, Virginia. I got home and grabbed my board and I rocked it on my Discman. At about 2:12 into the tune the clouds parted above me and on a loudspeaker, God bellowed down to me, ‘RECEIVE YOUR PURPOSE.’ That was the moment I knew that if I tried hard enough, I could convey myself and how I felt – with music. It will never be “ours,” and we know that about all the tunes we’ve covered, but hopefully one of them hit you in the face as I had been, and God will part the clouds for you, too.”

Here’s what we can look forward to:

And for sake of comparison, here’s the original Accused song:

Tags: Burn the Priest, Lamb of God, The Accused