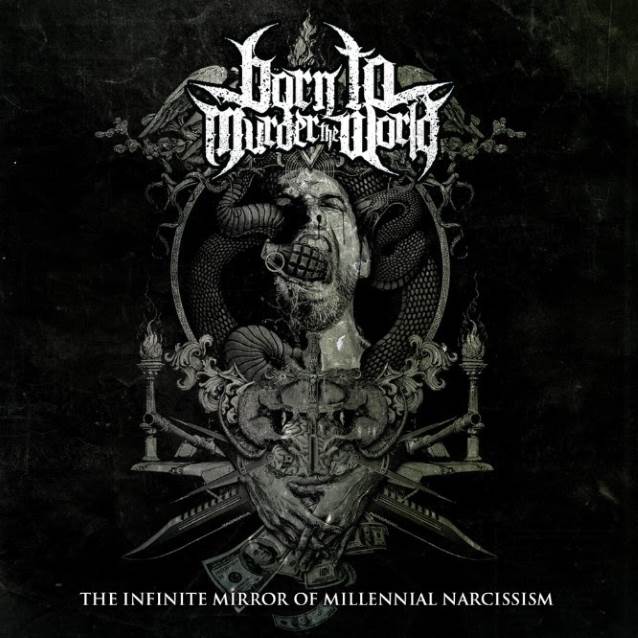 Napalm Death bassist Shane Embury has decided to expand his creative projects by launching his own Extrinsic Recordings label. Additionally, he teamed up with Mick Kenney (Anaal Nathrakh/Mistress) and Duncan Wilkins (Fukpig/Mistress) to form the new band Born To Murder the World. On August 24th, their debut album The Infinite Mirror of Millennial Narcissism will be digitally released, which will also be a first under Embury’s new label.

“Born to Murder the world is a project that myself and Mick Kenney of Anaal Nathrakh have had recorded for some time now,” Embury tells Decibel. “We have been friends for decades and when two like minded maniacs get together to record a project, something nasty is bound to happen. I suppose we just needed a good excuse for the record to be unleashed. To me, it was the perfect opportunity with the start of my label Extrinsic Recordings to just do that. The track ‘Brutality Alchemist’ was the first track we came up with together and is a good mixture of the what the album is all about—it seems the ideal track to introduce the album with.

As anyone who follows me or my bands would know, I love all forms of music and love making projects and collaborations to the point I guess I am a bit obsessive about it all, and for some time now I have wanted to get into recording and composing atmospheric albums/soundtrack-type recordings and, well, whatever weird and wacky ideas that come to mind. I have a long list of stuff I want to achieve personally and Extrinsic Recordings is a way for me to do that. I’m very excited about it all and hope to make some interesting albums over the next few years… Stay tuned!”

Listen to their new song “Brutality Alchemist,” below and pre-order the album here.

01) When The Heart Is Violated

04) The Virus Within Us All

05) As He Creates So He Destroys

12) How Barren Is Life Without Sin