Being that today is Election Day, I must lead off this week by being yet another person to remind you all of your civic duty. If you are of voting age, please make sure you go out and vote today. I do not care who you vote for, because that is a decision for you and you alone to make. But as I have said many times to friends and acquaintances, those who do not take the opportunity to make their voice heard have no place complaining if they are dissatisfied with the circumstances. In other words, if you don’t vote today, then you have no right to complain if the election does not go the way you want it to. Of course, this philosophy does not apply to those that are not yet of legal voting age, and those readers that are not from America can just skip right ahead to the list. But for the rest of us, this is the greatest chance you have to make yourself heard in the political process of your country. Do not let that chance pass you by.

Also, while you are on your way back from your polling place, be sure to stop at the music store and pick up some new music! There are plenty of great albums to be had today, so let’s just dive right in.

All That Remains, A War You Cannot Win (Prosthetic/Razor & Tie)

Of all the Massachusetts metalcore bands, All That Remains is one of the most consistently popular and successful in recent memory. 2010’s For We Are Many peaked at #10 on the Billboard charts, marking the second straight album to debut in the top 20 for the group. None of the other Massachusetts metalcore groups has managed that feat so far, and although Killswitch Engage managed a debut at #7 with their 2009 album, two albums with high ranking debuts often tends to be viewed as a more valid statistical trend measurement than one album with a higher debut. And even though Killswitch is currently preparing their triumphant comeback album with singer Jesse Leach, A War You Cannot Win might be the album that allows Phil Labonte and Co. to usurp Killswitch as the predominant, most widely known band of the Massachusetts scene.

The hype that has always surrounded Countdown to Extinction is that it’s Megadeth’s most accessible album that still retains a piece of their thrash roots. Even to this day, “Sweating Bullets” is popular with non-metal fans, and “Symphony of Destruction” is still a classic in many circles. Now, the seminal album that is a must-own for any Megadeth fan gets the proper treatment on the occasion of its 20th anniversary. Repackaged as a 2CD lift box, this new edition also features concert audio from a 1992 concert at the Cow Palace in San Francisco, now available for the first time in its entirety on this release. Rounding out this fancy package is a poster, a set of collectible postcards, and all-new liner notes in the form of an essay by music journalist Kory Grow. For any Megadeth die-hard, you have to get this today.

Aerosmith, Music From Another Dimension (Columbia)

Geoff Tate, Kings and Thieves (Inside Out)

War from a Harlot’s Mouth, Voyeur (Season of Mist)

Yours Forever, The Seeking (Provident)

General Surgery, Like an Ever Flying Limb EP (Relapse)

Corrosion of Conformity, Eye for an Eye Reissue (Candlelight)

HIM, XX – Two Decades of Love Metal (The End)

While She Sleeps, This is the Six (The End)

Next Week: A hot new live DVD from a band with very little published live material tops our list! Come on back for more! 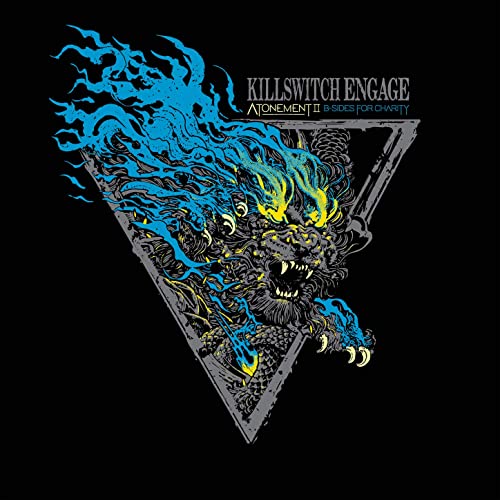