Next Friday (28), Soilwork’s 10th studio album, The Ride Majestic, will be released on Nuclear Blast Records. At this point, you know what you’re getting with the Swedish melodeath band: heavy riffing, frantic drumming, and anthemic choruses that over the course of the past 20 years, have elevated the band to the upper tier of the genre. All of those are in display on “Enemies in Fidelity,” the song the band revealed today via Loudwire. Here’s what vocalist Bjorn “Speed” Dtrid says about the song:

“Enemies in Fidelity” is indeed a very melodic and atmospheric beast. This was one of the first songs that I wrote for the new album and it holds a lot of surprises. The chorus almost sounds as if Simon and Garfunkel started a black metal band. That’s the way we like it – playful, dark, intense and melancholic. It definitely stands out, but also gives you an overall idea of what Soilwork currently is about.

The lyrics deal with whether you should escape or succumb to the suffering that you might experience in your life, in order to find new strength. The ambivalence. The guilt and the respect towards your own existence. Being awakened and finding satisfaction through frustration and anger, to a point where it almost becomes addictive. Enjoy!”

There will be a proper music video coming for the song shortly. You can preorder The Ride Majestic here before it comes out on August 28 on Nuclear Blast . 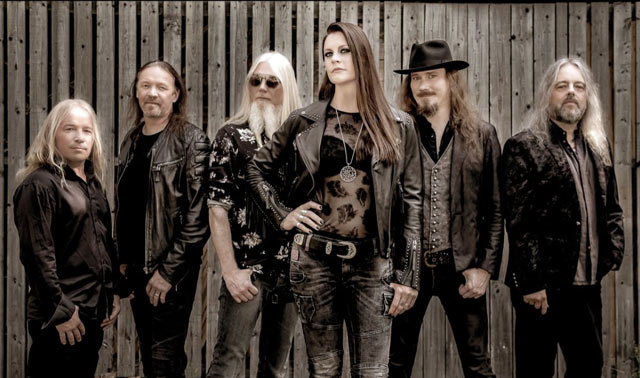