Down are celebrating the 25th Anniversary of their classic debut album, Nola, with an upcoming live stream event. The group has announced, The Quarter Century Throwdown, a livestream with multi-camera event will take place on August 29th at 6:00PM EST with a rebroadcast available on August 30th at 6:00PM EST until September 1st at 6:00PM EST. You can grab your virtual ticket here.

“DOWN was a simple band started by friends with a love of heavy music and the songs on the NOLA album were magic from the first rehearsal. We’re extremely grateful to be celebrating the NOLA record with a live stream that the world can see. Watch the show and plug in through your loudest stereo! We love y’all!” 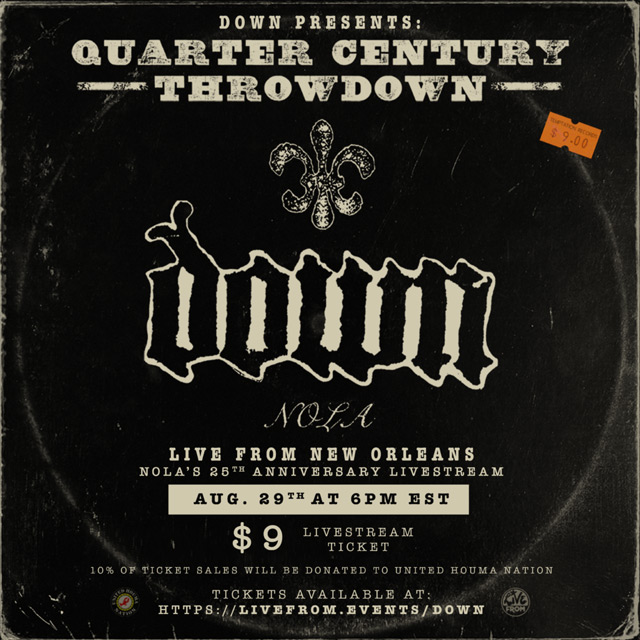