Mark Jansen is one of the most innovative musicians on the scene between both active projects Epica and MaYan. The Dutch symphonic metal act Epica released The Holographic Principle last year via Nuclear Blast and it became known as the big sister of 2014’s The Quantum Enigma, which led towards the band’s new orchestral direction. With that said, Jansen is a true artist who isn’t afraid of experimental boundaries and manages to simultaneously remain in sync with the band’s original style. The writing process seems to go beyond the matrix as each album becomes stronger than the prior.

Throughout Jansen’s successful career with After Forever, Epica, and MaYan, he has never received millions of dollars nor starred in his own reality TV show. Additionally, he doesn’t seem to mind living the life of the not-so-rich. In a new interview with From Hero to Zero, Jansen was asked about a recent statement from Gene Simmons on having no interest in producing a new KISS album.

“Yeah, I noticed that these old bands, they are still pretty pissed about how [the industry] developed, and I sometimes have to laugh a little bit about it. ‘Cause they are used to that standard of millions of CDs getting sold and being able to have a house with a big pool. We grew up in another era where CD sales were already not that high anymore, so we are used to be not millionaires. [Laughs] So then it’s easier to be happy with what we have, rather than when you come from [the top] and then suddenly [see your record sales drop dramatically]. But there’s quite some bands from the past that are still complaining about this.

I think you have to look at the bright side. We can tour, we can live from our music, even though we’re not millionaires. We do whatever we wish for doing — it’s our dream — so we look always at the bright side of [things].”

Jansen was asked if he missed the old days when there were outstanding record sales and expressed:

“We never experienced it, so we cannot miss it. I can imagine how it is to sell two, three million CDs. I can imagine it. It can be awesome too — I won’t deny that — but the current reality is that it’s not the case. So I’m not a dreamer or think, ‘Oh, I wish it was still like this.’ You have to do it with the reality [of how everything is] now.”

Check out the full interview below: 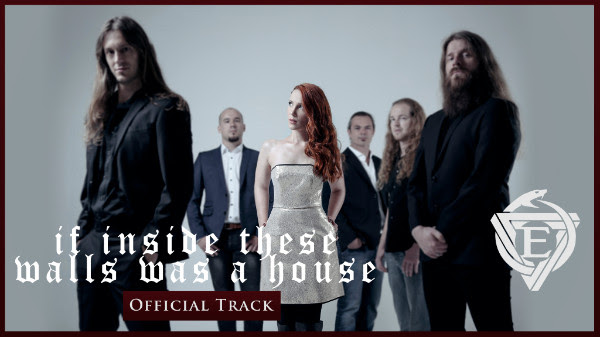