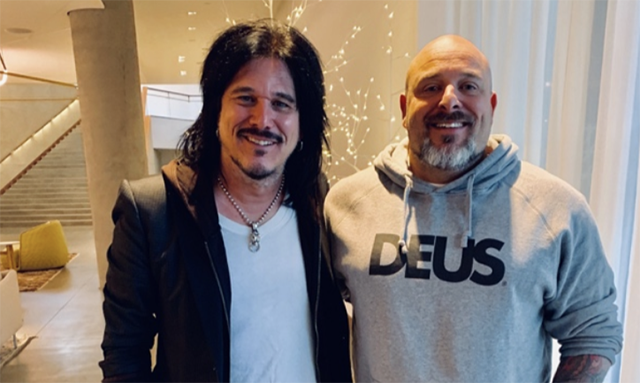 “I couldn’t be happier to sign such an incredible artist like Gilby Clarke to our GRR international roster. He is totally authentic through and through. He brings such a wealth of experience to his songwriting, playing and producing and I know the world is ready for his new solo album which is a long time coming. It is an honour to release this record.”

“I am so happy to be a part of the Golden Robot family for my new solo record. I use the word family because I feel like I found a home. We share the same passion for Rock n Roll! Rock N Roll is alive n’ well & together we will turn it up loud!”

In the meantime, Gilby recently did an interview with Gibson Guitars at this year’s NAMM as he discussed a few details on his upcoming LP.