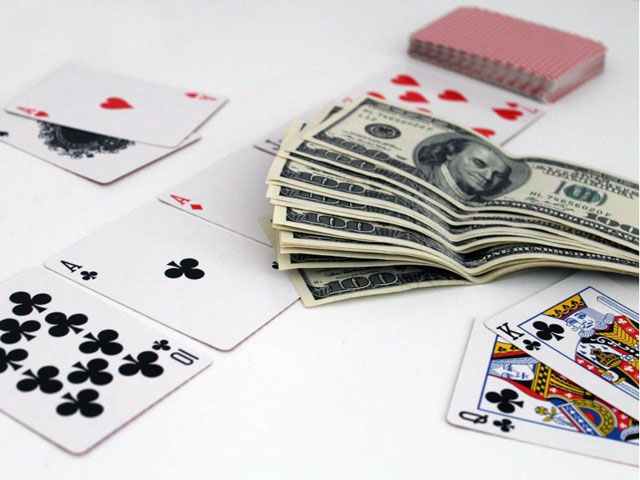 The worlds of heavy metal and poker might not seem to have too much in common. One’s played out at ear splitting volume in concert halls and stadiums in front of thousands of diehard fans. The other is conducted in the hush of a casino poker room surrounded by a few interested onlookers. But there’s one person who brings the two worlds crashing together with devastating effect: Liv Boeree.

You might never have heard of her but maybe, with total career earnings from poker of nearly $4 million, she’s destined for some real high-profile fame very soon – and if you’re still wondering where this links with metal comes in, read on.

Born in Kent, England in 1984 Olivia (Liv) Boeree first found herself transfixed by the power of heavy metal at the age of fifteen when a friend played her the classic Metallica track “The Unforgiven”. As she has said since, the power and emotion of the song gave her goosebumps and got her hooked on metal for life.

But, being a dynamic character, Liv wasn’t just satisfied with listening to her guitar heroes, she wanted to emulate them too. Before long she was an accomplished guitarist – just take a look at this YouTube clip of her playing along to “Kissing The Shadows” by Children of Bodom and you’ll see just how good she is.

At a university in Manchester she not only completed a first-class honours degree in physics and astrophysics, she also played lead guitar in a college band called Dissonance, later going on to join a goth metal outfit called Nemhaim that was the brainchild of Cradle of Filth’s Adrian Erlandsson.

While Liv loved music, she had misgivings about whether she was cut out for a career on stage. She openly admits that on leaving university she was flailing around slightly about what to do with her life. On a whim, in 2005 she applied for a reality TV show that was going to teach five ordinary people how to play poker with tutors including the legendary Phil Hellmuth and Annie Duke and with a prize for the overall winner of £100,000.

She was a natural for the show thanks to her outgoing personality and the strong math and scientific skills she had been taught at university. However, her early experiences on the show weren’t promising. On a few occasions she lost hands that she was 100% confident she could win, and she experienced more than one on-screen meltdown in the series.

But Liv’s living proof of the old maxim that what doesn’t kill us makes us stronger. Confident that she could make a career out of poker, she persisted and in 2008 came her first major breakthrough. Competing in the Ladbrokes European Ladies Championships she won picking up a very useful $30,000.

It was after this that her poker career really started to take off and in April 2010, she attended the European Poker Tour Main Event held in Sanremo. At the time it was the biggest poker event ever to have been held in Europe, so it attracted much of the top talent from around the world. But Boeree’s skill and determination won through and she picked up a prize pot of €1.25 million. At the same time, she also became only the third woman ever to win an EPT title as well as being named “Europe’s Leading Lady” at the European Poker Awards.

In the years since then she’s gone on to dominate women’s poker in Europe being named Female Player of the Year in 2014, 2015 and 2016, another record that is unlikely to be beaten for quite some time.

Boeree is also notable for the history that she made by winning Event Number 2 at the World Series of Poker held in Las Vegas in 2017. At the event she not only picked up a prize pot of $273,963 in a two-hander played alongside her partner, fellow poker pro Igor Kurganov, she also became the only woman ever to hold both a highly coveted WSOP bracelet and an EPT title.

As well as using just some of her great wealth to invest in a guitar collection that includes and Ibanez and a Schechter, Boeree has also shown her philanthropic side by setting and organization called Raising For Effective Giving. This gives advice to wealthy individuals and organizations on how to select the charities where their donations will do the most good for the greatest number of people.

In addition to this, Boeree has found herself becoming an unexpected hit with her Ted talks that have covered a number of subjects including how a knowledge of probabilities can lead to effective decision making. She’s also much in demand on TV and radio where her specialist subject has become the importance of rationality and logic.

Maybe making these appearances also satisfy Boeree’s desire for public performance that she obviously got from playing in bands – and she certainly makes some very convincing arguments along the way.

Another very welcome by-product of her success is that Boeree has been launched into celebrity status and this has brought her into contact with a number of her metal heroes including Slash, James Hetfield and Kirk Hammett.

And who knows? If any of them ever need to find a replacement lead guitarist at short notice Liv could well fit the bill.