Metallica made history earlier this month at the Chase Center in San Francisco, CA as the group reunited with the San Francisco Symphony Orchestra for the first time in twenty years to bring S&M2 for two nights on September 6th and 8th (read our review here). While the setlist on both evenings remained the same, drummer Lars Ulrich spoke to Kerrang! to discuss his highlights.

“The Anesthesia bass solo was incredible,” Lars Ulrich tells Kerrang!. “The way the fans reacted to that was goosebump-city. I loved the dare of playing Iron Foundry. I loved revisiting songs we don’t play so often like The Outlaw Torn and The Call Of Ktulu.

I loved how Edwin [Outwater] brought one sort of dynamic when he was conducting the more rock stuff, and how Michael Tilson Thomas – the maestro, the elder statesman of his world – brought in some different pieces and encouraged the fans to understand where the symphonic and rock worlds overlap.

Most of all, though, the fact that there was no barricade stood out. When was the last time you went to a rock show of that size without one? What does that barricade do? What does it mean? It’s a safety thing, but in essence it’s something that separates people. I loved just being able to walk out with the fans. At one point I leaned back and let myself go into their embrace. That was a great moment.”

While we agree with most of the songs including “Anesthesia,” “The Outlaw Torn,” and “The Call of Ktulu,” another highlight would have been James Hetfield singing to “Unforgiven III” with just the symphony.

For those who were unable to attend the show, you will have a chance to see this event on the big screen for one-night-only on October 9th.

In other Metallica news, Metallica’s second annual All Within My Hands Benefit Concert & Auction will take place on Saturday, March 28th, 2020 at the very intimate Masonic in San Francisco, CA. More details will be revealed later this year.

In the meantime, check out the group’s message via their foundation website:

“Thank you to all of you from near and far, literally from all around the globe, who came to San Francisco to spend the weekend with us for the two S&M² concerts… we’re still feeling the tremendous buzz and love from those nights! It only seemed fitting to invite you all back again soon, so we’re here to announce the date of our second annual All Within My Hands Foundation Helping Hands Concert & Auction on Saturday, March 28, 2020. Just like last year’s show, the benefit will be held at the very intimate Masonic in San Francisco.

Mark your calendars to join us and see what we’ve been up to since the Foundation formed in 2017, learn about the charities we’ve supported and the work we’re doing in local communities, and we’ll close out the night by hitting the stage for a live performance.

We hope you’ll join us again next year and keep watching here for more details coming by the end of 2019.” 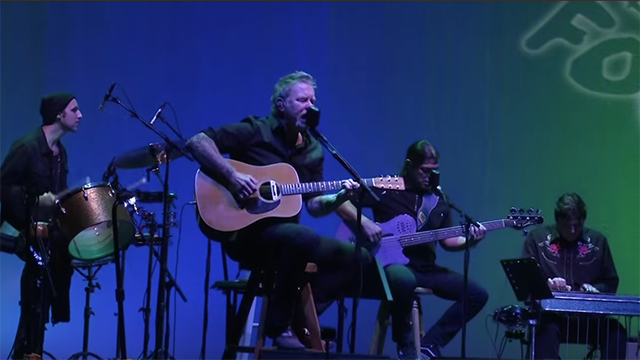