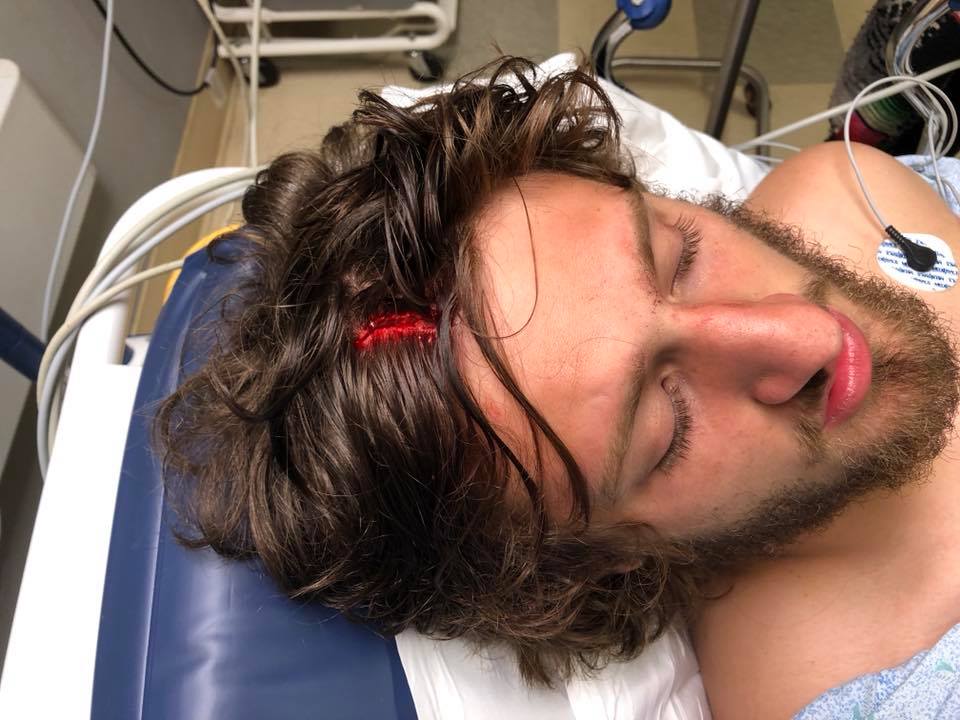 Serious allegations have surfaced online against the New Jersey hardcore outfit TRNQT (Tourniquet). According to Jeffrey Esgro, he claimed he was seriously attacked by the group during their performance this past Monday (24th) at The Other Side in Wilkes-Barre, PA. The band’s Facebook is currently being polluted with negative comments since the violent accusations took place.

“ I looked up and had blood running down my forehead with a 6 inch gash down the front of my head didn’t even know what was happening all I knew is that it was a hell of an impact i guess the band wasn’t satisfied with the crowds energy so they decided to look directly at me and spike the corner of their guitar cash directly at the top of my head I could have been put into a coma or even killed on impact doctors said it was harder than the impact of a full swing from a wooden bat then they proceeded to throw their mic stands and guitars at the crowd then when they realized they injured someone they immediately started to pack their gear and bring it to their van cuz they knew they fucked up I got help from one lady who gave me a towel to hold on my head as I was standing there with a concussion and a gash on my head barely able to stand the band and the venue wanted nothing to do with it, I get that the venue had nothing to do with it so they didn’t want police and ambulances involved so I did the right thing and my buddy rushed me to regional hospital in scranton now I’m left with 6,000 dollars in medical bills, a concussion, a swollen head, and 7 staples holding my head together so all and all fuck tourniquet.”

Despite Esgro stating he has $6,000 in medical bills, no charges have been filed. TRNQT have been silent since and if these accusations are true, it is only a matter of time until at least one of the members decide to do the right thing by taking responsibility for their actions.

Update: A video has surfaced on social media, showing the band tossing the guitar case into the crowd as well as other pieces of gear. It isn’t fully clear whether Esgro was deliberately attacked or if it was an unfortunate accident by standing at the wrong place/wrong time when the guitar case flew into the audience. 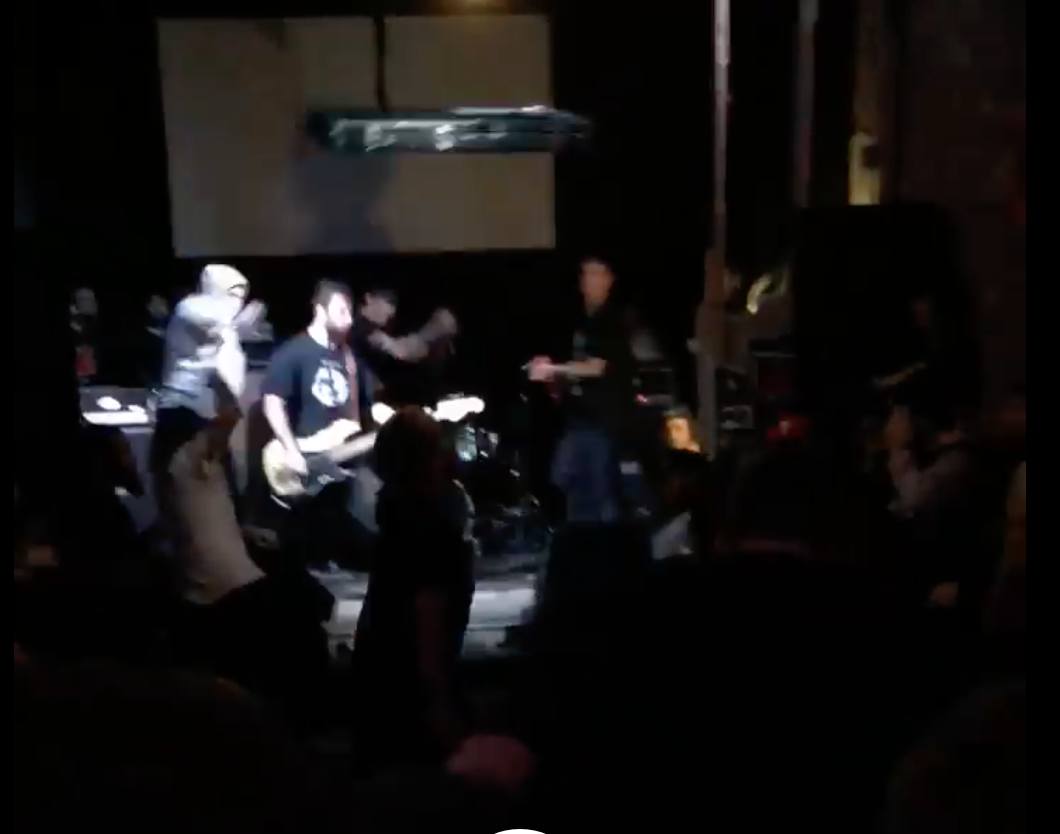 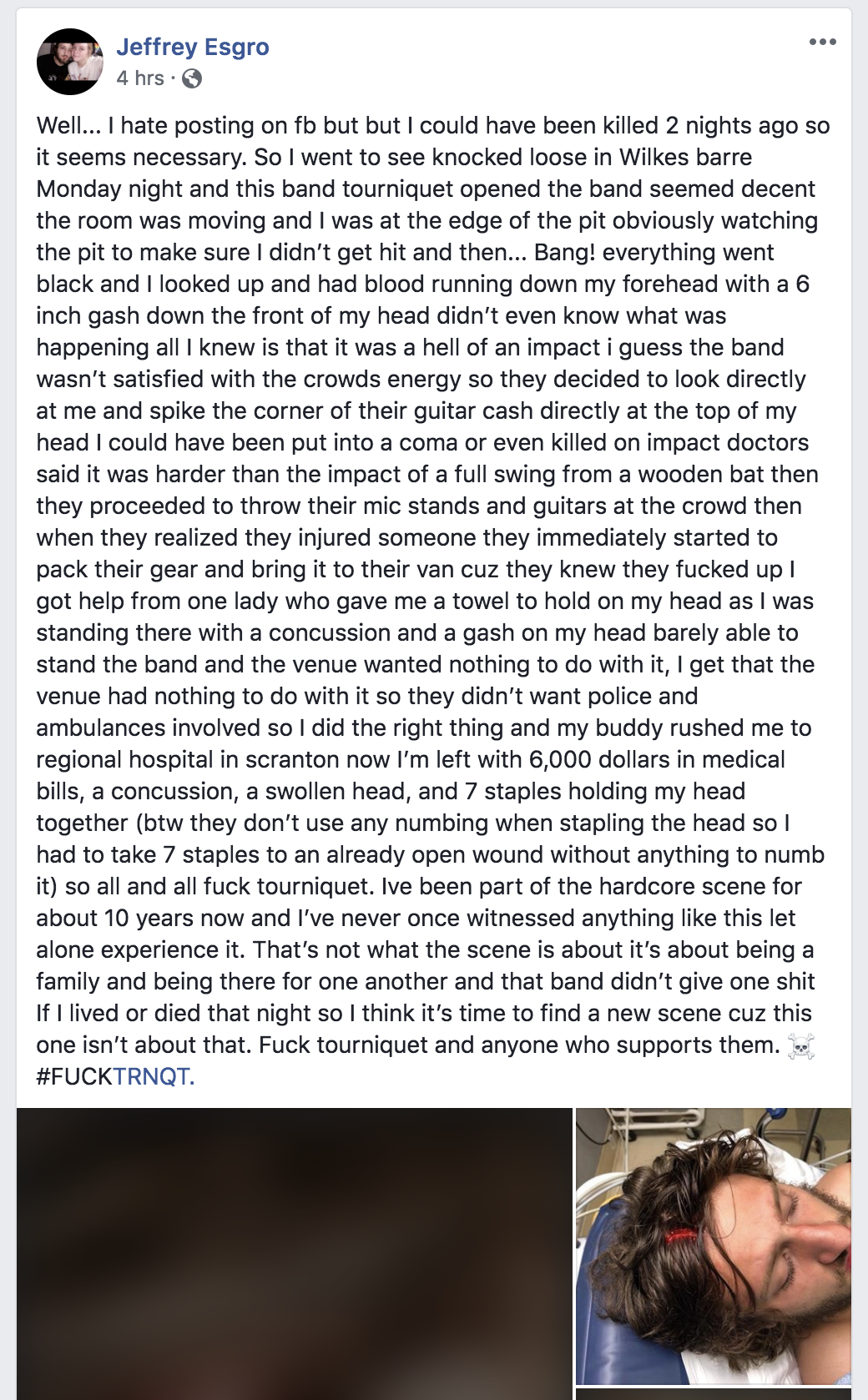