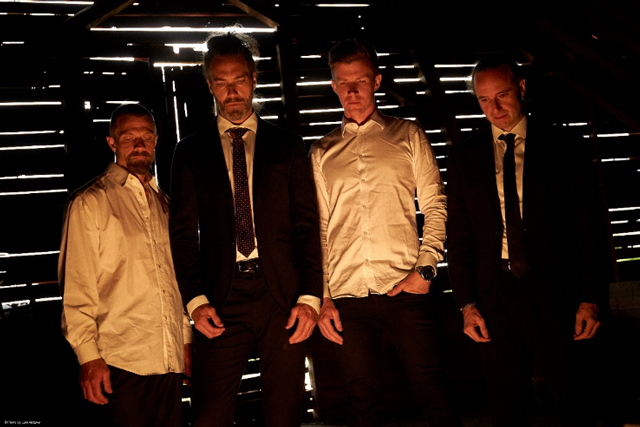 Swedish metal band Pain Of Salvation has confirmed that bassist Gustaf Hielm has parted ways with the band.

Hielm made the decision to leave in an attempt to stave off the burnout of juggling a full-time job, session work and a full-time band. Said Hielm in a post to his Facebook page on July 3 (and copied into a post on the band’s Facebook page),

“Hello friends! As excited as I am about the new release as sad am I to have to break the news that after 8 years I’ve decided to embark from the PoS ship.”

“This is, as you all understand, not an easy decision to make but however a necessary one. Last fall, after years of juggling a full time day job, the band and a career as session musician on top of that I came scarily close to total exhaustion and had to slam the brakes before I hit that infamous wall. I’m happy to say it was the right thing to do and I feel a lot better today, thanks for asking.

“However I do know that I can’t simply go back to that kind of hectic lifestyle again and expect it to work. Therefore I’ve decided to focus on being primarily a session man again and be in charge over my own schedule according to whatever time and energy I have.

“The guys in the extended PoS family have been very supportive in this decision, I love them dearly. And not only in a sexual way but also as musicians and great friends! 😗 They also know that should the need ever arise I will be happy to offer my services, again time and energy permitting, so you might have to endure my presence every now and then, who knows?

“So this is most definitely not goodbye, I will make music until the day I die and I know I’ll see many of you out there in the near or distant future. In the meantime, stay safe and stay sane and pre-order Panther, it’s a beast of an album!

Fans began to suspect that Hielm might be leaving following the release of the video for the band’s new single “Accelerator,” Though he appears on the track, he is not featured in the video.

“We totally understand and support Gustaf all the way in his decision, although we are immeasurably sad to see him go,” writes the band in that same Facebook post. “However, his wellbeing is most important for us. Gustaf is an amazing bass player and musician, and a great friend, and he will be sorely missed on every occasion when he is not with us.”

The rest of the group (frontman Daniel Gildenlöw, guitarist Johan Hallgren, drummer Léo Margarit and keyboardist Daniel “D2” Karlsson) had been aware of Hielm’s decision to leave since last fall, though they haven’t been too quick to look for a replacement. Their post continues, “Although we have been aware of this situation since last fall, we have not looked into finding a replacement yet, but will see what the future brings. We have simply focused on digesting this loss and finishing the work on PANTHER.”

“Love to Gustaf, and love to our fans. Our tribe.”

This isn’t the first time Hielm has left Pain Of Salvation. Joining in 1992, he left in 1994 before the band even recorded their first album. Hielm would return in 2011 and record three full-length studio albums with the group, including the upcoming Panther.

Panther is set for release on August 28 and is available for pre-order here. The band’s 11th studio album, it is the follow-up to 2017’s In the Passing Light of Day.