Slipknot has put out a casting call for a new music video shoot in Los Angeles on October 5th. While the group has since removed the post on their Facebook, the ad is currently live on their Instagram. Or at least, for now. Fans who are interested are invited to email their name and age to [email protected] Based on the email address alone, many can assume this video could be separate from their follow-up to 2014’s .5: The Gray Chapter. However, Corey Taylor has previously expressed their new album will be Iowa levels of heavy as well as warned us to be prepared for 2019. Next year marks the twentieth anniversary of the band’s self-titled debut record, which makes us predict this video will be more of a “Surfacing” celebration.

In other Slipknot news, the band has partnered with The Slaughterhouse Haunted Attraction in their hometown of Des Moines, Iowa and it will feature memorabilia, decor, themed actors and more. Dates for the 2018 season will run from Oct 5th-28th, with a special VIP weekend on October 18th-21st. Go here to find tickets and additional information. 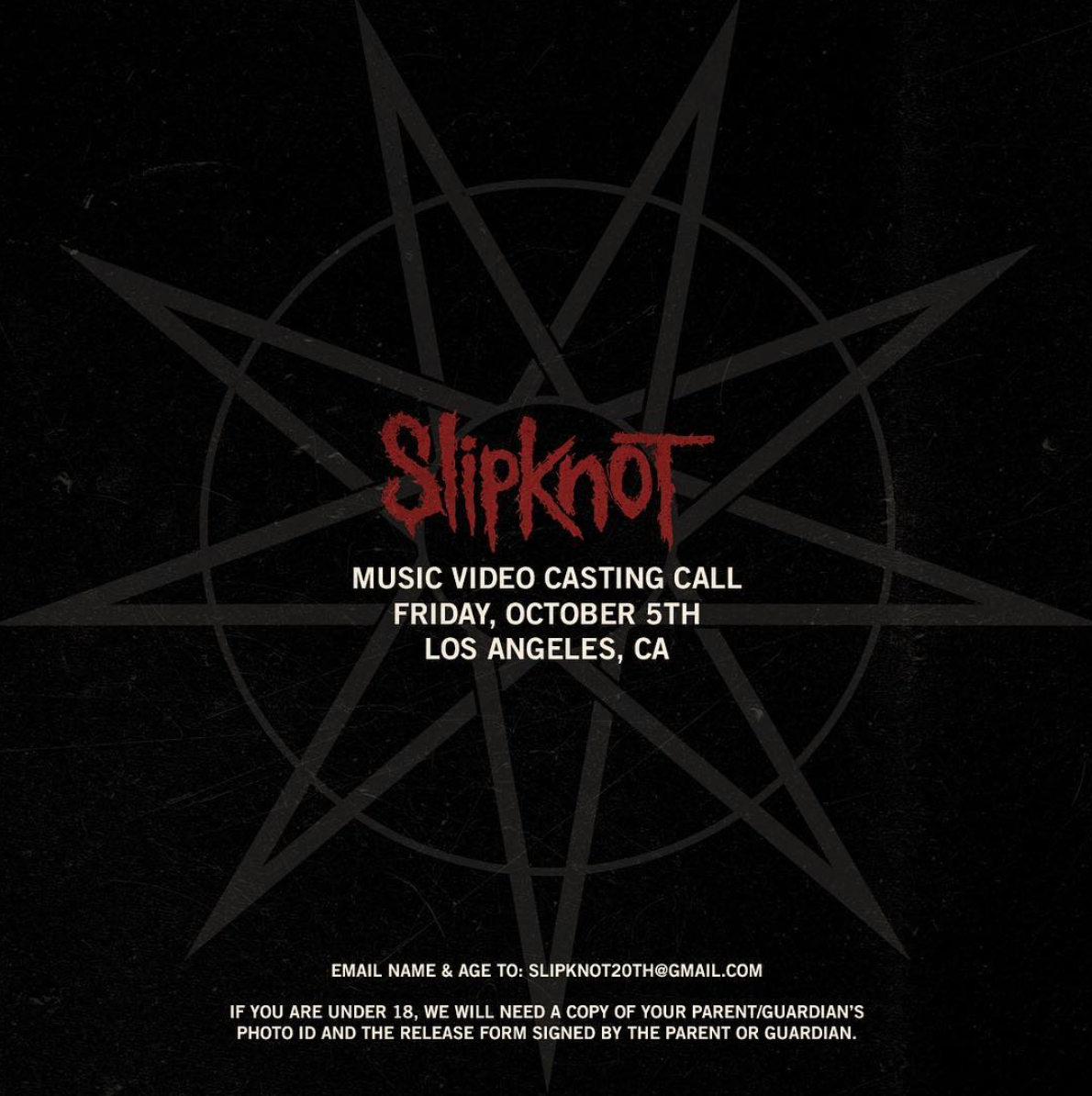