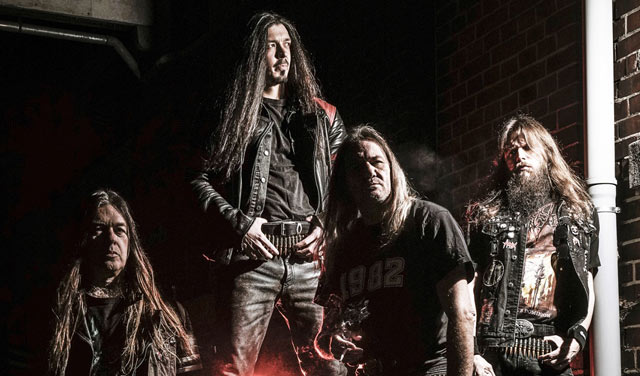 Stefan “Husky” Hüskens has recently announced his departure from Sodom. Today (23rd) these German thrashers revealed his replacement by welcoming Toni Merkel to sit behind the kit.

The group shared the following on social media:

Get ready for our new recruit: Toni!

Flying under the radar for a long time, it’s a dream come true for him.

Brace yourself to get your face smashed by his awesome drumming!

“I am very proud to anounce that I am the new SODOM drummer and really looking forward to work and rehearse with these awesome guys for the next album and live shows. See you soon!!!”