This Friday (20th), Stryper’s overall tenth studio album God Damn Evil will finally arrive via Frontiers Music SRL. We’ve already reviewed the record and it’s safe to say, it could end up on a few top ten year-end lists. Despite the group’s strong Christian beliefs, Walmart doesn’t seem too keen on the band’s album title. In fact, the national retail chain has made a vast decision to refuse selling the record from their stores. Additionally, there are several other Christian retail outlets who have declined to carry their latest effort as well.

For anyone who knows this band and their extensive history with being open about their Christian faith including 1988’s In God We Trust album, this news is rather absurd. However, the metal scene seems to be pulled from all angles with unnecessary judgement such as Rotting Christ’s arrest and French protesters determined to shut down Hellfest.

“We’re disappointed. Stryper has always been about making people think outside the box. Our new album title God Damn Evil is a statement that’s needed in our society. We’ve seen evil rise to new levels and this title is simply a prayer request asking God to damn or condemn all the evil around us. Many chains have joined us in making such a statement. Walmart unfortunately has not. The odd thing is of all the chains out there we assumed Walmart would be one to understand exactly what our point and purpose is. Unfortunately not. Although we respect their decision and what’s done is done, it’s frustrating to see something that’s meant for good get misinterpreted and misunderstood.” 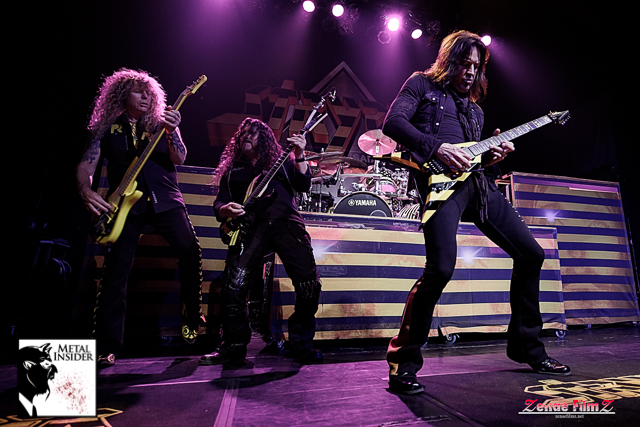