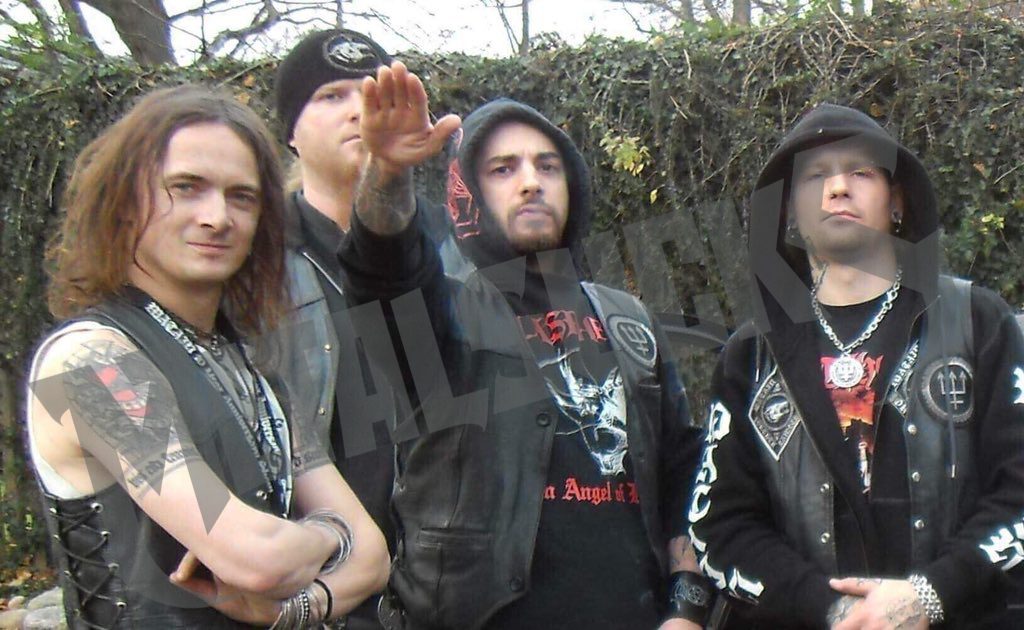 Metalsucks received an anonymous tip of a controversial photo that has surfaced across the internet. The image of Watain features live guitarist Set Teitan (Davide Totaro) giving a Nazi salute. It appears Teitan has since stepped aside from the group for the time being in order to avoid further chaos, or even a cancelled North American tour, which has happened recently with Taake. Metalsucks reached out to the Swedish black metal outfit and frontman Erik Danielsson released the following statement:

“The gesture on that picture was done in jest that’s as much as we have to say about that, but to put an end to this tiresome and time-consuming nonsense the guitarist in question has decided to step aside for a period of time to avoid further hopeless discussions on the subject.

“We furthermore spit upon the ill-willed ignorance of all those who maintain that Watain have any political agenda whatsoever, for 20 years we have proven otherwise and people should know better by now. Finally we would like to send a heartfelt fuck off to all who insist on feeding the mindless moral witch-hunt hysteria that is now festering on worldwide Heavy Metal culture. Hail Satan!”

Last January, during Watain’s performance at the Kraken in Stockholm, Sweden, video surfaced online revealing Teitan allegedly doing the Sieg Heil/Nazi salute. The band has since denied these accusations with the following statement:

“It has come to our attention that people have misinterpreted an arm movement of Set at our Kraken show as a “nazi salute”. Fucking hell, come on folks! As everyone should know by now, Watain band members have no ties to nazi ideology neither publically nor personally, and with this statement we want to put an end to further uneccesary speculation in this tiresome subject.

What we give praise to in our songs and in their lyrics could very well be seen as the very anti-thesis to some utopian right wing ideology of the past. “Saluting” one of our many enemies on the sacred ground that is our stage would not make much sense. That is something we are sure our fans and supporters -who we are proud to say are from every possible “race”, gender, nation and cultural background- can testify to.

As would the fact that our line-up and working crew are also of a widely diverse ethnical background. And the list goes ever on, eliminating all possible forms of soiling by political or ideological agendas, allowing the Devil’s fire to burn clear and untainted in the sanctuary that we have created for ourselves.

It is of course highly regrettable that these unwelcome, inconvenient and misplaced accusations are even allowed to arise and we hope we can now put this behind us and focus on the many important tasks at hand.

Thank you for understanding.”