While being unsigned, Boston’s Wilderun have continued to impress us. Their latest effort, Veil of Imagination, made it to our year-end and decade-end lists. Additionally, their performance during the crack of dawn at this year’s 70000tons of Metal was one of our top ten best sets on the cruise. Now, the group has signed with Century Media Records along with the re-release of their latest effort.

“We are very happy to begin a new partnership with Century Media. After following the independent path for almost a decade, the time feels right to take the next step and begin working with a well-established label, and given their stellar roster and history, Century Media feels like the perfect fit. We’re excited to see what the future brings.”

“We are very happy to be working with Wilderun. It doesn’t happen too often that you come across a band that has it all. Wilderun from Boston, Massachusetts, is one of these rare bands. Their self-released third album “Veil of Imagination” offers progressive metal in its highest form and is not only a gigantic step forward for the band, it’s a statement for innovation and progression in a scene far too often ridden with stagnation and reactionary development. Wilderun is the long overdue breath of fresh air.” 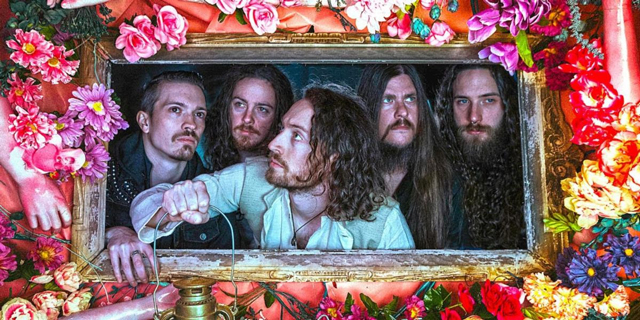