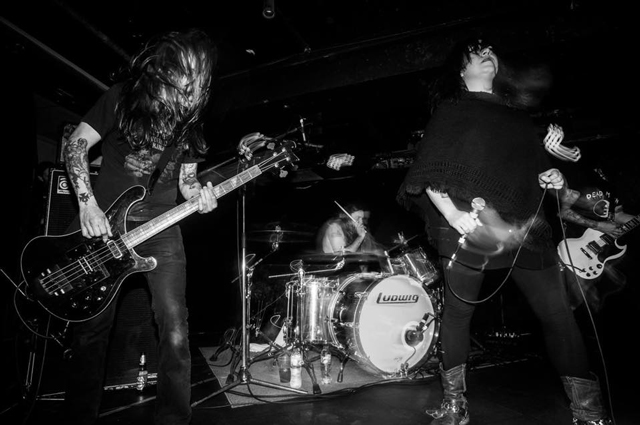 Windhand have been touring across the U.S supporting Russian Circles. Unfortunately, the group were robbed last night (6th) in Houston. The band has gathered a list of gear that was stolen and sadly, there will be more added to the list. Windhand urges all to keep an eye out on their lost gear and to spread the news far and wide.

“Got robbed in Houston last night. Keep an eye out for this gear. We’re waiting to file a report but this is what we’ve tagged as missing so far. There will be more to come. Spread the news far and wide:

– ‘79 Rickenbacker 4001 (maybe walnut burst) with a busted pick guard and the D string tunes in the wrong direction. Beat to shit.

– ‘2011 White Gibson SG. White bridge pickup with personal info and identifying marks under the pick guard. Beat to shit. In a Gibson case with G1 painted on it.

– ‘82 Rickenbacker 4001 bass with a Seymour Duncan bridge pickup. Almost everything is blacked out including a custom-made black truss rod cover so it doesn’t say “Rickenbacker.” This was in a custom @emperorcabinets flight case covered in stickers and, you guessed it, beat to shit.