At the wake of anyone’s career, it’s always unpredictable where it will lead. With that said, when nu metal and alternative metal subgenres emerged back in the nineties and early 00s, it was difficult to understand both subgenres as well as predict how big these groups would become. However, it was a successful movement as we’ve seen many acts such as Slipknot, Sevendust, KoRn, Machine Head, etc. unfold. Then you have the Chicago nu-metal outfit, Disturbed. The group has consistently remained unique, which has everything to do with frontman David Draiman’s distinct vocals. When their debut album 2000’s The Sickness was released, everyone heard their hit song “Down With The Sickness.” At that time, Draiman’s voice seemed questionable for two reasons: people either instantly loved it or judged because it was an unfamiliar territory to the point that listeners wondered if the song was going to be a one-hit wonder such as many bands had back then. During the same year, Disturbed teamed up with Kittie for a North American tour as it was a struggle for them to sell-out venues the size of Irving Plaza. As the group’s career continued to blossom releasing hit albums (2002’s Believe, 2005’s Ten Thousand Fists, 2008’s Indestructible, and 2010’s Asylum), they eventually decided to close their doors.

Five years later in 2015, the band made a grand return with Immortalized. After a near five years of silence, there was an extensive amount of pressure from that album as they more or less returned from the dead. Luckily, with songs such as “The Light,” “The Vengeful One” and the Simon & Garfunkel cover of “The Sound of Silence,” Disturbed flourished as they packed out venues the size of Northwell Health at Jones Beach Theater. At that point, how much more could one band expand? Well, after the release of 2018’s Evolution, Disturbed booked their first-ever show at Madison Square Garden on February 25th, 2019 and Metal Insider’s contributing photographer, Mathieu Bredeau, was there to capture the historic evening, twenty years in the making.

Canadian hard rockers Three Days Grace opened the momentous Monday event as they put on an incredible performance of their own. Many had questioned the group’s future when Adam Gontier left (now part of Saint Asonia) as Matt Walst replaced him in 2013. However, the band has released two albums since including 2015’s Human and their latest effort, 2018’s Outsider. Despite the significant lineup change, Walst has more than proven his position as the band’s frontman as he engaged the packed Madison Square Garden crowd by performing songs throughout the group’s career including “The Mountain,” “Home,” “The Good Life,” “Pain,” “Infra-Red,” “Painkiller,” “Break,” “Right Left Wrong,” “I Hate Everything About You,” “Animal I Have Become,” “Never Too Late,” and “Riot.” With the amped energy the band had as well as a decent stage production, it was just a small taste of what the rest of the night had in store. 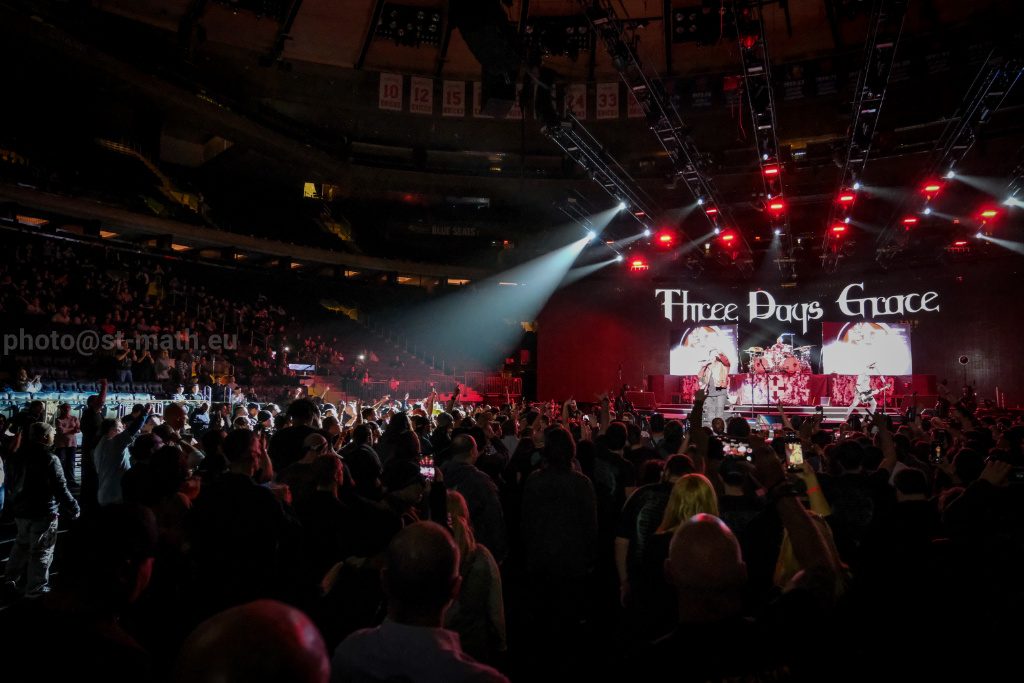 After a short break, a dramatic video appeared as it eventually introduced Disturbed’s latest album Evolution. One could have also interpreted it as how much the band has evolved in two decades. Shortly after the video, as fans raised their phones, fists, horns, the group walked on stage and jumped into “Are You Ready.” One could say the packed audience fueled the band’s vitality as they carried out a vibrant and memorable set that included more pyro than their last major tour. Draiman and co. continued to surprise the packed New York crowd as they went into songs such as “Prayer,” “The Vengeful One,” and “The Animal.” The audience had a diverse age range but, that didn’t stop them from singing tunes throughout their entire catalog.

Finally, it was time for the band to go into their early hits with “Stupify, and “Voices,” which also included an entertaining jam led by Dan Donegan. As the night continued to persist with the Genesis cover of “Land of Confusion” and Hold On To Memories,” another jam occurred as bassist John Moyer embarked in a solo followed by drummer Mike Wengre’s solo behind the kit.

The group entered the halfway mark as they powered through classic songs “Ten Thousand Fists” and “The Game.” However, the night moved towards an emotional shift as they performed a small acoustic set on the side stage including “A Reason to Fight” and “Watch You Burn.” During this time, Draiman made an emotional speech on suicide and addiction as he brought up significant losses such as Chester Bennington, Chris Cornell, and Scott Weiland. Shortly after the heartwarming speech, the group went back to the main stage to perform “The Sound of Silence.” Disturbed managed to surprise the crowd once again as pyro erupted out of the piano. However, there was much more pyro as the band moved into “Indestructible” and “Inside The Fire.”

As the night was approaching an end, the band returned for an encore set as fans were invited on stage with them during the song “The Light.” The evening concluded by combining their debut record with their latest effort, closing the night with “Stricken,” “No More,” and the song that started it all, “Down With the Sickness.”

Simply put, the evening was remarkable as the group also had their family attend. For those who have followed Disturbed from the very beginning towards wondering if they would return from their brief hiatus, it’s impressive to see how much the band has Evolved and Immortalized into their own song and album titles as they have proven to be Indestructible. 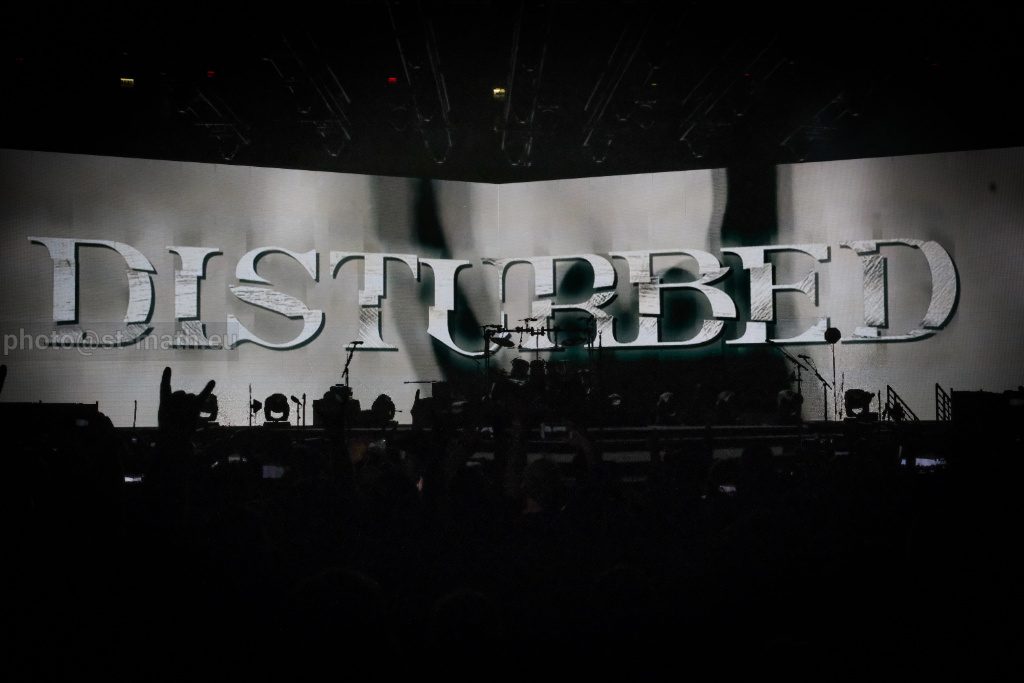 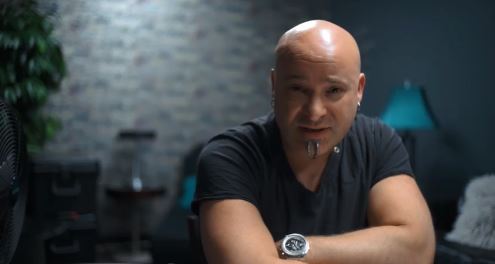