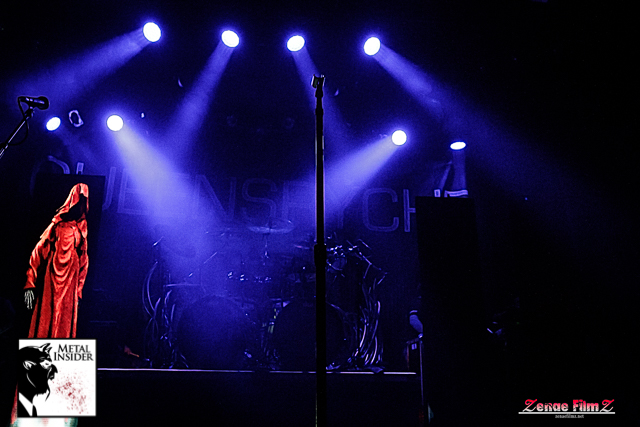 Queensrÿche has returned to New York City in support of their new album The Verdict, which was released on March 1st via Century Media. On this record, vocalist Todd La Torre laid down the drum tracks following Scott Rockenfield’s over two-year long hiatus as ex-Kamelot drummer Casey Grillo has stepped up for their live performances. While there are fans who continue to miss Geoff Tate, the group has grown strong together with La Torre, and you can see why in our interview here.. Despite the band’s changeups, it didn’t affect their ticket sales as we were there at their sold-out show in New York City’s Irving Plaza on March 9th with Fates Warning and The Cringe.

New York City alternative rockers The Cringe opened up the night as they gave it their all to the packed house. The band has supported acts such as Alice Cooper, Tesla, and Ratt over the years as they brought their bluesy and heavy rock vibe to the stage. The group’s energy was unstoppable as frontman John Cusimano eventually surprised all by walking through the crowd with a megaphone. Songs included: “Anything You Say,” “On and On,” “Big Trouble,” “In God We Trust / Paranoid (Black Sabbath cover),” “I Can’t Walk Away,” “Ride,” and “Jailbreak (Thin Lizzy cover).” 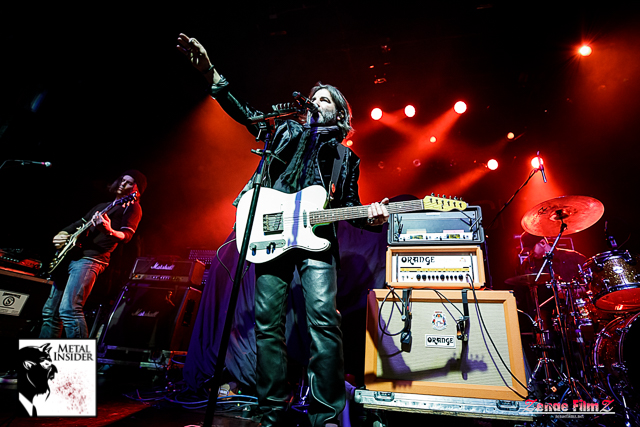 At this point, the venue looked like it reached max capacity as fans were also there to see progressive metal legends Fates Warning. The group recently celebrated the re-signing with Metal Blade Records as they plan to release their follow-up to 2016’s Theories of Flight sometime in 2020. The band set the tone just right as their prog mastery excelled with their classic hooks and compelling beats while fans couldn’t keep their eyes away from the stage. There was something slightly poetic about their set, which could have something to do with the lighting or perhaps it was Ray Adler’s vocals that pierced throughout the venue leaving goosebumps on all attendees. Hopefully, these guys will return as we are looking forward to hearing their new material. Songs included: “From the Rooftops,” “One, “A Pleasant Shade of Gray, Part III,” “Seven Stars,” “Pieces of Me,” “Firefly,” “The Eleventh Hour,” and “Point of View.” 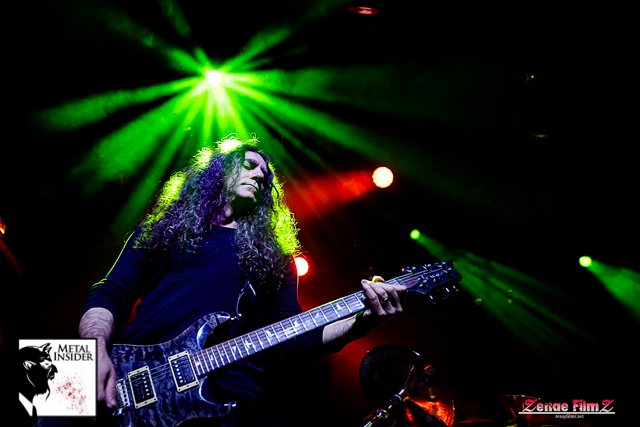 When Queensrÿche performed at Irving Plaza back in 2016, they blew us away as La Torre has more-than-proven he’s the perfect frontman for Queensrÿche V.2.0. However, when it was time for the band to take the stage, they literally brought their new album The Verdict to life as the album artwork moved on the screens pointing directly to the crowd as though judgment day has arrived. Finally, the band graced the platform as they ripped into a much more substantial set than the last time we’ve seen them. La Torre’s movements were unstoppable, yet he somehow managed to remain in tune.

Although the group was there to promote their new material, they knew exactly what their fans wanted to hear as they gave a decent setlist between the pre-La Torre classics as well as mixing things up with their last few records. No matter where you looked at these metal icons, there was something for all as guitarist Michael Wilton and co gave one ferocious performance. Songs included: “Blood of the Levant,” “I Am I,” “NM 156,” “Man the Machine,” “Condition Hüman,” “Queen of the Reich,” “Silent Lucidity,” “Open Road,” “Toxic Remedy,” “Screaming in Digital,” “Light-years,” “Take Hold of the Flame,” “Eyes of a Stranger,””Jet City Woman,” and “Empire.”

Overall it was a near flawless evening as it combined two highly influential progressive metal acts with Queensrÿche and Fates Warning. Their joined forces delivered such strong momentous electricity that transferred out to the audience.

*Queensryche will be touring throughout the summer, see more dates here. 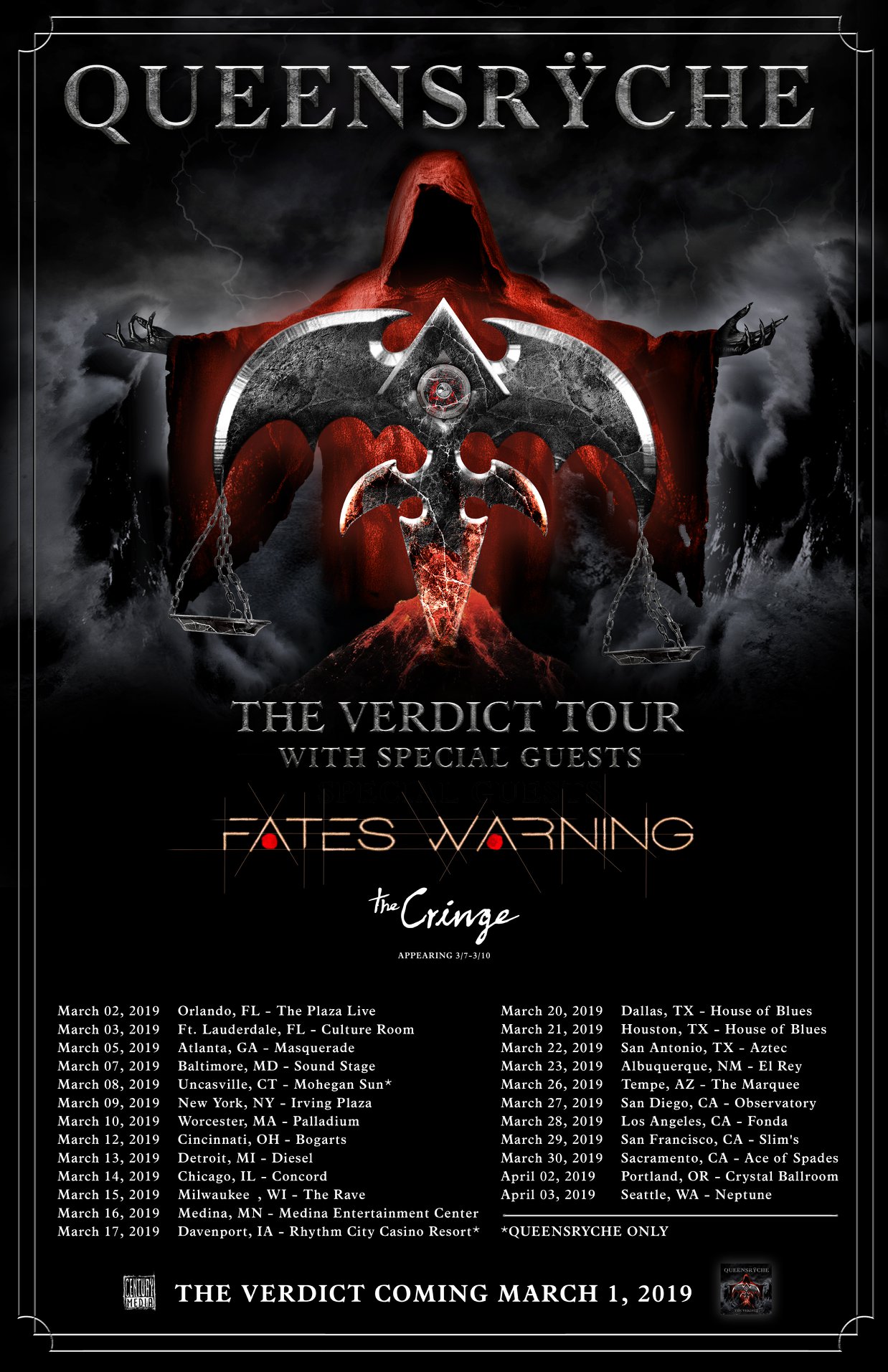