When Sick of it All first formed back in 1986 in Queens, you’d be most likely to catch them on a Sunday afternoon at CBGB’s for a hardcore matinee than up the road at Webster Hall, which was then called The Ritz. However, with the closest CBGB location now an overpriced restaurant in the Newark airport and the original venue now a John Varvatos store, it was Webster Hall where the band celebrated 30 years of being a band this past Saturday (9) for a sold-out show that also featured Street Dogs and fellow NYHC hardcore band Murphy’s Law. Metal Insider contributing photographer Melinda Oswandel was on hand to capture the evening, which looks as sweaty, chaotic and singalong-filled as the pictures below.

Sick Of It All

Tags: Murphy's Law, Sick Of It All, Street Dogs 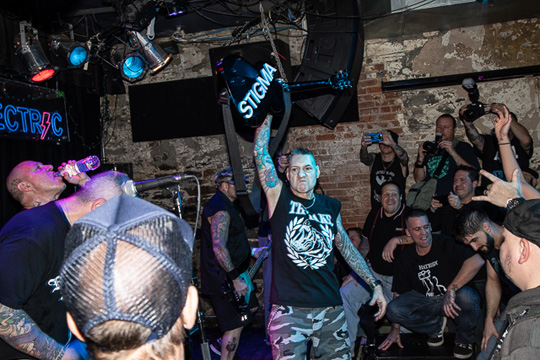