Insomnium recently wrapped up their headlining North American tour with Oceans Of Slumber. It’s been three years since these Finnish melodic death metal giants headlined out here, and even longer when vocalist/bassist Niilo Sevänen appeared as a headliner. It was back in 2015 when Niilo had to leave due to a family emergency as the group had to find a last minute fill in. Aside from the group supporting Epica and Lacuna Coil this past Fall, this was a highly anticipated return especially with the band promising to perform 2016’s Winter’s Gate in its entirety. We were lucky to be there towards the end of the run on June 23rd at New York City’s Gramercy Theatre. 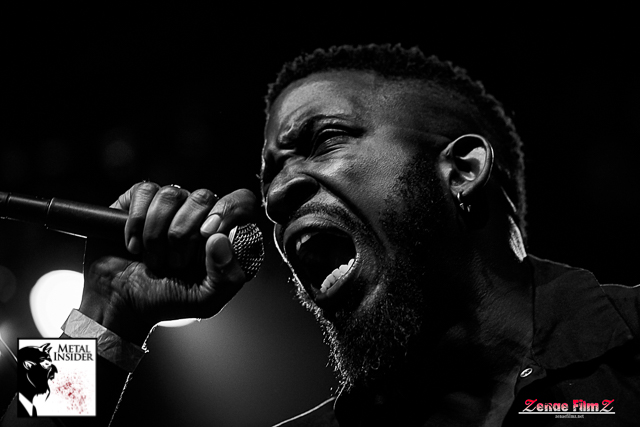 New Jersey metallers Dead City Crown warmed up the stage as it was their first time performing at the venue. A decent amount of people arrived early just for them as the band performed songs “Expedition Crisis,” “Sky Remains,” “Lost,” “Borderline Insanity,” “Awake Still Dreaming,” “Playground For the Damned,” and “Invictus.” 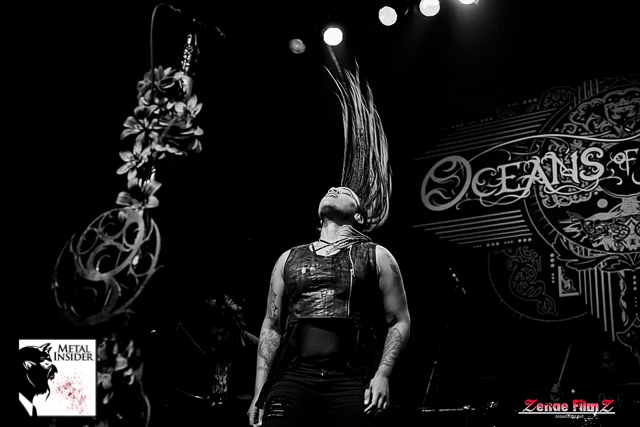 The evening shifted when the Texas progressive metal outfit Oceans of Slumber were up next. While fans were looking forward to listening to a cold and dark Winter’s Gate from Insomnium, Oceans Of Slumber set the bleak tone as they brought their new album The Banished Heart with songs “The Decay of Disregard,” “Fleeting Vigilance,” “At Dawn,” “A Path to Broken Stars,” and “No Color, No Light.” As exhausted the group could have been from approaching the end of the tour, there were no sign of it as Cammie Gilbert’s emotive vocals continued to mesmerize the crowd. Additionally, the band were in sync with each other as they gave a progressive meets doom performance.

After a short break, it was time for Insomnium to close the night. As expected, members Sevänen, Markus Hirvonen (drums), and Markus Vanhala (guitar) walked onto the platform. However, guitarist Ville Friman, who hasn’t appeared on the group’s North American gigs in a long time wasn’t there as Nick Cordle filled in for him. Keeping their promise, these Finnish metallers started their set with the 40-minute song, “Winter’s Gate.” Seeing it live in its entirety was a different experience than listening to the album. The group genuinely seemed to have enjoyed themselves performing as the pact house couldn’t stop moving around to it.

Luckily, Insomnium had more planned as “Winter’s Gate” consisted of only half of their set. They started the second portion with 2014’s Shadows of the Dying Sun by playing songs “The Primeval Dark,” “While We Sleep,” and “Revelation.” Later, the group went even further back in their catalog with “The Killjoy” from 2006’s Above the Weeping World. Other songs included “Weather the Storm,” “Ephemeral,” “The Promethean Song” and “Only One Who Waits.”

Aside from the fact that Insomnium and Oceans of Slumber have opened for Epica, they have also shared somber melodies. And this night was no different as both acts reminded the crowd that we are not alone. Between Oceans of Slumber’s strong execution and Insomnium’s well overdue return, it was one powerful evening. Hopefully, Insomnium will return soon enough but give guitarist Vanhala a little time off since he will be back this September with Omnium Gatherum touring with Amorphis, Dark Tranquillity and Moonspell.