Despite the lack of new material in thirteen years and recently giving fans fresh near-perfect music with Fear Inoculum, Tool has expanded their fan base since 2001’s Lateralus. The progressive, one-of-a-kind act is one of the few that unifies music fans of various genres resulting in a different audience than say, Slayer or Iron Maiden. However, since 2006’s 10,000 Days, the band has managed to book massive shows, and now, they have the power to enforce just about any rule they please for those who dare to attend. Ironically, since the group’s 2002’s tour, which they were once booked at the iconic Radio City Music Hall, the band has hidden from the stage even further with the reliance on digital technology. With that being said, seventeen-years-later, the band’s power has evolved as fans entered Barclays Center on November 19th, 2019, with a feeling of unease as signs were displayed on every seat reading “No Cameras Allowed.” Secondly, the concertgoers were pushed even further away from the group as there was floor seating over a general admission area. Overall, it was one hypnotic experience and it all started with Killing Joke.

Aside from a highly distracting security due to the strict rules Tool enforced, the second disappointment of the evening was the lack of attendance during Killing Joke’s set. The show started at a reasonable time, 7:30 PM, and somehow, the venue didn’t reach the half-capacity mark when the English act graced the stage. Fans who did show up were lucky to see one of the greatest post-punk bands around. Eyes were mainly on Jaz Coleman as he was essentially, the complete opposite of Tool’s Maynard James Keenan, who gave the crowd an extended amount of visuals and emotion by using his own facial expressions. In essence, each note he hit from 1980’s self-titled debut to 2003’s self-titled record, and more, left a different visual interpretation. The rest of the group were engaged in their performance as the overall show reminded many of legendary acts such as Bauhaus, Iggy Pop, Skinny Puppy, to the entire darkwave, punk, to industrial movement from the 70s, 80s, and 90s. Songs included: “Butcher,” “Tomorrow’s World,” “Eighties,” “Seeing Red,” “Complications,” “S.O.36,” “Total Invasion,” “Loose Cannon,” “The Wait,” and “Pandemonium.” 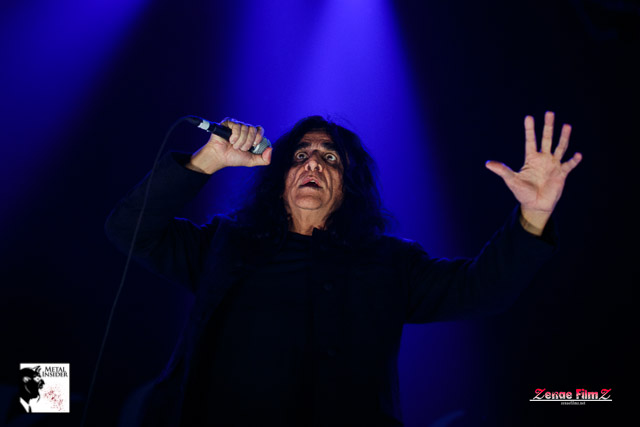 For those fans who were unable to see the “No Camera” signs laid out on every-single-seat in the arena, a southern-voice appeared on the loudspeakers. The venue changed before Tool’s set as though it was a line for a Disney World Attraction. The voice, of course, made sure the audience was aware that no digital devices were allowed, as it would result in an immediate ejection. While it’s understanding and respectable that Tool doesn’t want any distractions during their performance, one could say, the security was more distracting than seeing fans using their phones. The night progressed towards a more militant style where fans got ejected from using their phone just to see what time it was. As Consequence of Sound stated, as we saw the same altercation, a man in a cane was ejected by security, and a woman was practically dragged out on all fours for using her phone.

Additionally, security continuously flashed lights into the audience, which took away from the performance. On a personal note, I nearly got kicked out for using my phone for taking notes to writing this review! Fans behind me were trying to get my attention, stating, “you better put your phone down, security is after you!” It was an unpleasant feeling. Other fans in my seated area were distraught, expressing how they spent so much money on those tickets just to see people get kicked out. Fans were also upset by knowing they could use their phone for the last Tool song despite knowing concertgoers got kicked out for doing the same. It’s one thing to read, write, and report on said experiences but different to experience it first hand. It was unpleasant, distracting, and fans felt unwelcomed. That’s not something a fan should feel at a show. Hell, I also purchased a new Tool hoodie to support the band. Now, we get it. It’s annoying seeing thousands of people stare at their cellphones instead of the stage. This would be by excessively taking video, texting, updating their facebook, or zoning out and either playing a game or doing something entirely different to step away from the show avoiding the present moment. However, there should be a happy medium between the two extremes. It’s sad to see this aggressive rule as a solution for fans to stay off of their phone. Hopefully, there will be a better way because after seeing Tool live, you need to get off of that device and get fully tranced by their immaculate performance. 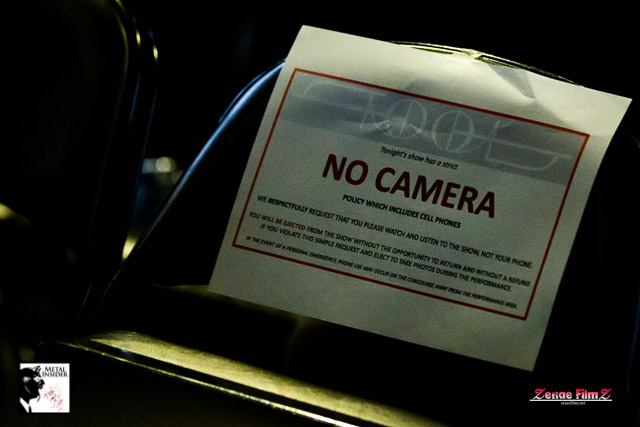 On with the show – Tool

For years, frontman Maynard James Keenan has placed himself on a platform in the back being a shadow figure as guitarist Adam Jones and bassist Justin Chancellor has taken the honorable spotlight upfront. Seventeen-years-ago, Maynard arguable dressed as part of the band’s video artwork, and now, those visuals make a life of its own by being the focal point of the show. Aside from drummer Danny Carey who was well lit, the band acted as shadow figures as digital lights, and a massive screen in the background took precedence. Of course, for Tool, it worked since each song went to life not only by sound but visually.

Towards the beginning of the set, the group was hidden behind a see-through lined curtain as they opened with the title track of their new album Fear Inoculum. The group set the hypnotic experience from the get-go since fans who followed the rules, were left in a trance since they were forced to, *gasp* enjoy the show. They couldn’t stare at their phones; they were sucked into living the moment reminding of how shows used to be where you would WATCH the show you spent money on to see in the first place. Despite somewhat feeling like a seesaw experience (I.E., loving Tool for enforcing the no-phone rule to hating them for it), it was hopefully, a wakeup call to learn to live in the present moment as the present is all we have.

Moving forward, despite a few technical hits where Maynard’s voice was briefly lost, one of the biggest surprises was being more excited hearing the new material live for the first time. Perhaps it had something to do with hearing Tool’s music for over 20 years. Yet, at a Metallica show, it never gets old hearing, “Master of Puppets.” But with Tool, hearing “Fear Inoculum,” “Pneuma,” and “Invincible” live was one extraordinary experience. Of course, hearing classics including “Ænema,” “Parabold/Parabola,” “Schism,” “Jambi,” and “Forty Six & 2” felt very nostalgic as well as new. The unique talent Tool has, their music feels more like a timeless masterpiece that never dries out. This also applies to their eccentric video art, which is spectacular to see the two worlds, both visually and musically, collide in a live setting.

In terms of interactions, the band barely engaged with each other for the most part. There were moments, one brief one when Maynard stepped closer (if you blinked, you missed it), and there was a short moment between Jones and Chancellor. As far as the crowd, Maynard didn’t speak much, but there was one point before Opiate’s “Part of Me,” when he asked how many in the audience were under 30. He then introduced the classic track as “this song was written before you were sperm.” Aside from those moments, the show was purely performance, as Maynard’s adrenaline was shown through his body movement to the beat of each song. One could say, his entire body was transformed into the music itself.

As the night progressed towards the Encore, the beaded curtain reappeared. This time around, a countdown clock showed up, giving fans just over a ten-minute intermission. At this point in the night, it would be preferable to get on with the show. However, a break after “Schism” would have been a better call if the countdown clock was mandatory for the show. Regardless, most people stayed waiting for the last three songs of the evening. And it was worth it.

After the break, Carey took the lead for perhaps the trippiest drum solo you would ever see, which gave the audience a natural high during “Chocolate Chip Trip.” It also gave a whole new meaning towards Fear Inoculum’s interludes. By the time “Invincible” went on, everyone was in a trance that reality and life itself didn’t matter. Bodies swayed left and right without realization, some fans headbanged despite injuring their neck and shoulder a few days prior. Nothing else mattered but Tool. The lights moved entirely with the music, and it was one of the most exhilarating and hypnotic moments of the night. The screen dramatically changed to black with white text reading, “Thank You Alex Grey.” Maynard welcomed Grey, the legendary visionary artist who has collaborated with the group over the years, including the artwork for their latest effort. Lastly, Maynard addressed the crowd again and lifted the “no cell phone” rule for fans to do what they pleased during the last song, “Stinkfist.” Ironically, maybe half of the room had their cell phones raised as there was a decent amount of fans who decided to: ENJOY THE MOMENT.

Was it all worth it? Yes! Tool put on an incredible show, and the overall experience as one concertgoer said, “you will never forget tonight!” As uneasy as it was for the no cell phone rule, until things get sorted out, the best advice would be to follow it and rediscover life without distractions. Tool are arguably one of the best live shows you will see. Don’t believe us? Buy yourself a ticket to find out. 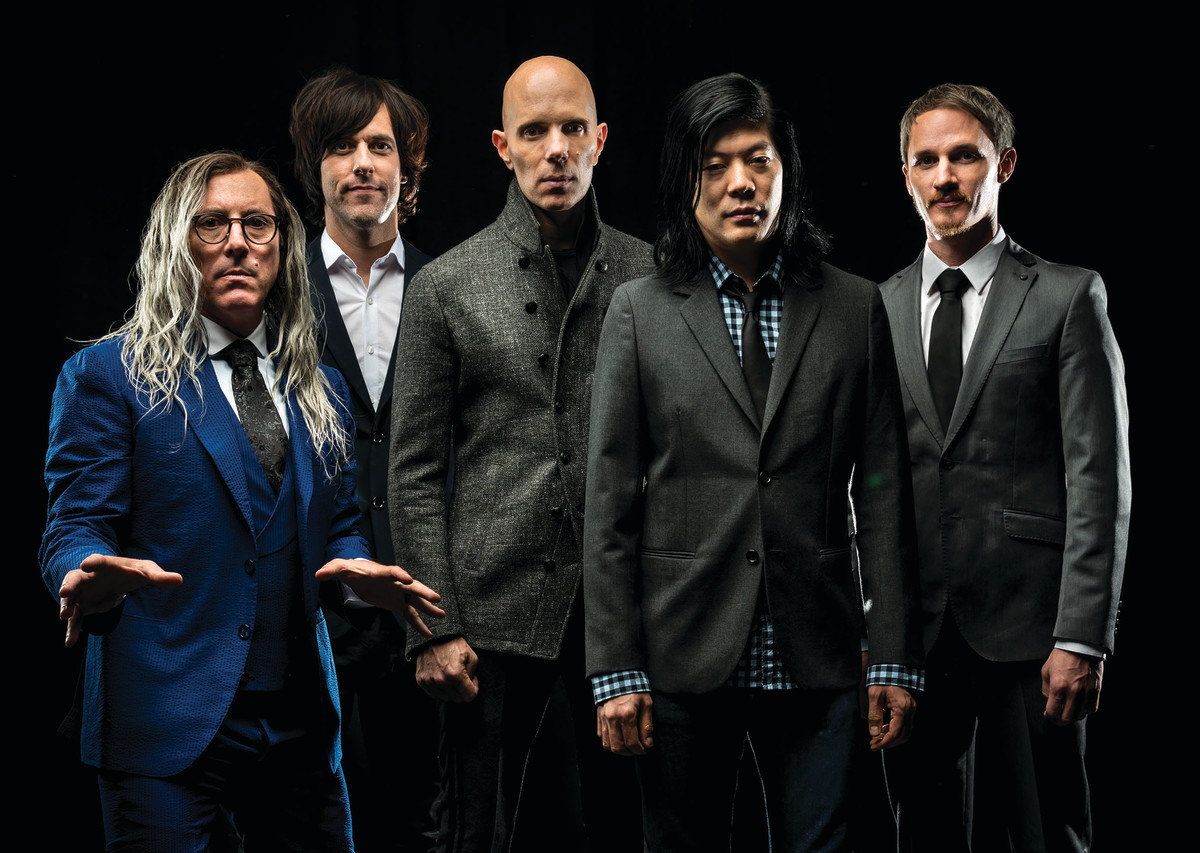