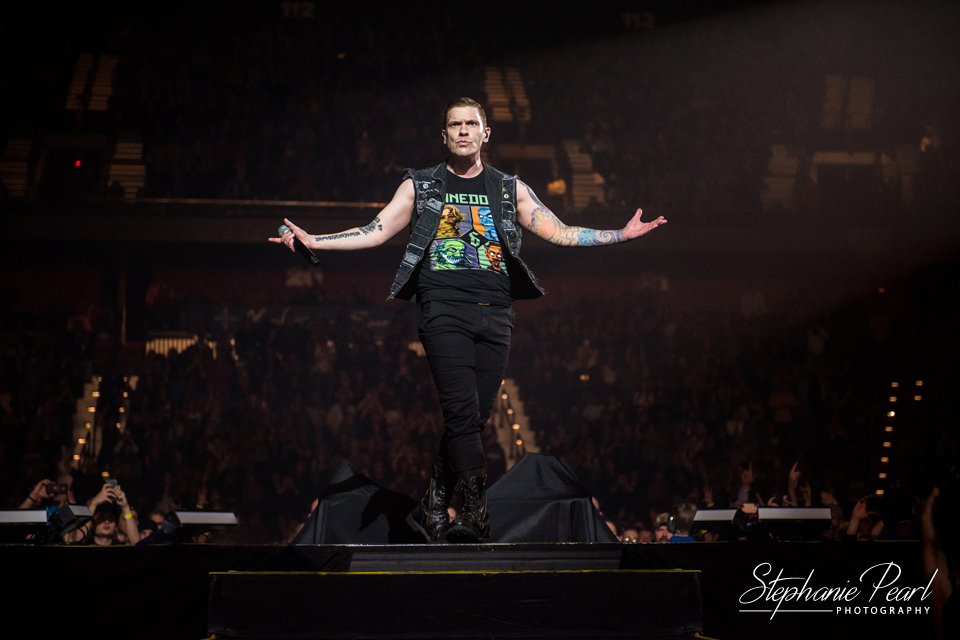 Florida hard rock giants Shinedown have been promoting their latest effort, 2018’s Attention Attention via Atlantic Records. The group has been on the road with Papa Roach and Asking Alexandria on a headlining trek since February 20th, and Metal Insider contributing photographer Stephanie Asighieri attended their show at Mohegan Sun on March 2nd, 2019. The line formed the Mohegan Sun Arena in Uncasville, CT early at around 5 PM as fans were eager to see all three acts take the stage. Despite the wintry weather, fans of all ages ranging from ten to well into their seventies made sure they wouldn’t miss an evening filled with hard rock excitement. For this particular show, some concertgoers traveled from all across the Northeastern part of the states as far as New Hampshire.

English rock/metalcore giants Asking Alexandria kicked off the night as they continued to promote their 2017 self-titled record via Sumerian. The group opened with “Into The Fire” as frontman Danny Worsnop interacted with the audience by walking on the runway to get closer to all. Ben Bruce encouraged the crowd as well to sing along with songs as the attendees shouted to each track, even if they didn’t fully remember the lyrics. Songs included: “Into the Fire,” “Where Did It Go?,” “Run Free,” The Death of Me,” Vultures,” “Moving On,” “Eve,” “When the Lights Come On,” and “Alone in a Room.” 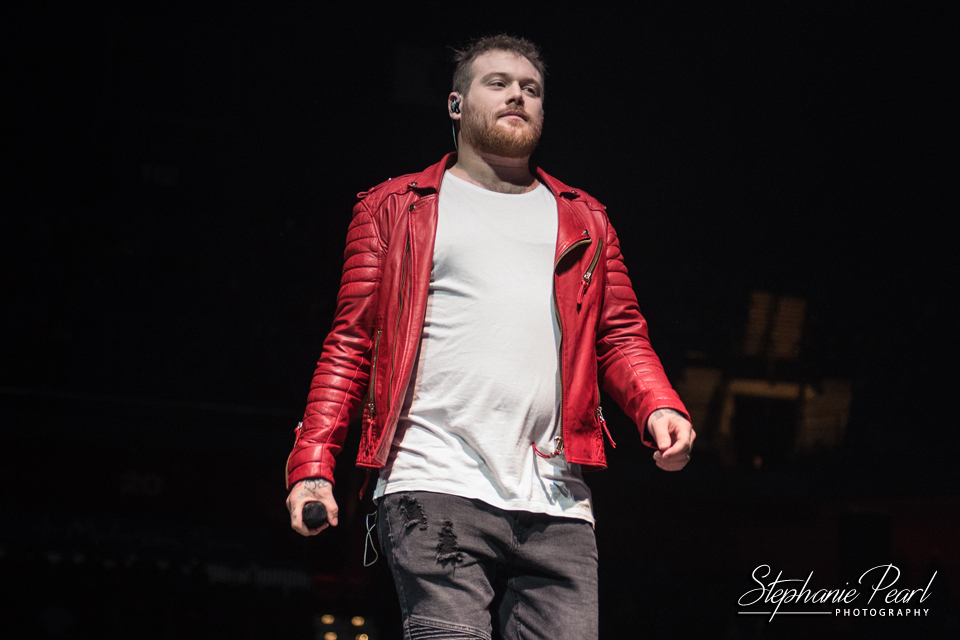 Papa Roach were up next as they were there to promote their new album Who Do You Trust?, which was released in January via Eleven Seven Music. Typically bands save the classics until the end but, these California rockers started their set with “Last Resort.” The audience cheered instantly and sang along as frontman Jacoby Shaddix ordered all to “get the fuck outta their seats! We’re at a rock show, aren’t we?!” As the set continued, Shaddix raised his voice at the house demanding all in the GA area to form a larger circle pit. The band maintained a fierce energy as they performed songs: “Help,” “Who Do You Trust?,” “Getting Away With Murder,” “Renegade Music,” “Between Angels and Insects,” “Elevate,” “Not the Only One,” “Forever,” “Come Around,” “Scars,” “…To Be Loved,” “American Dreams,” and Born for Greatness.”

Shinedown brought pyro into the house as the band ripped in with the song “Devil” that ignited a blast of energy into the room. The stage production was one of their biggest yet that included a rounded incline circling around drummer Barry Kerch’s kit. Frontman Brent Smith connected with his fans as he asked all to hug each other. Smith was all about wanting everyone to get along and have a great time as he continued to make eye contact with as many people as possible. After performing songs “Diamond Eyes (Boom-Lay Boom-Lay Boom),” “Enemies,” “Monsters,” “Black Soul,” “I’ll Follow You,” “Unity,” “Get Up,” and “Bully,” The band moved to the front stage to perform a mini acoustic set as they went into “Amaryllis.”

As the show progressed, Smith discussed the next song, “Misfits,” which was a reflection on his own teenage heartbreak. The night moved to an emotional moment as guitarist Zach Myers addressed he unexpectedly lost a family member. This led the group into the heartwarming performance of “How Did You Love.” Smith asked all to “light up the place” as they went into their hit song, “Second Chance” followed by a small bit of “45,” and into the Lynyrd Skynyrd cover of “Simple Man.”

The band went back to the main stage as the extravagant laser and light show continued. Shinedown closed out the night with songs “Cut the Cord,” Sound of Madness,” and Brilliant.”

Overall the evening satisfied all different age groups as they joined together for an eventful night of hard rock hits. 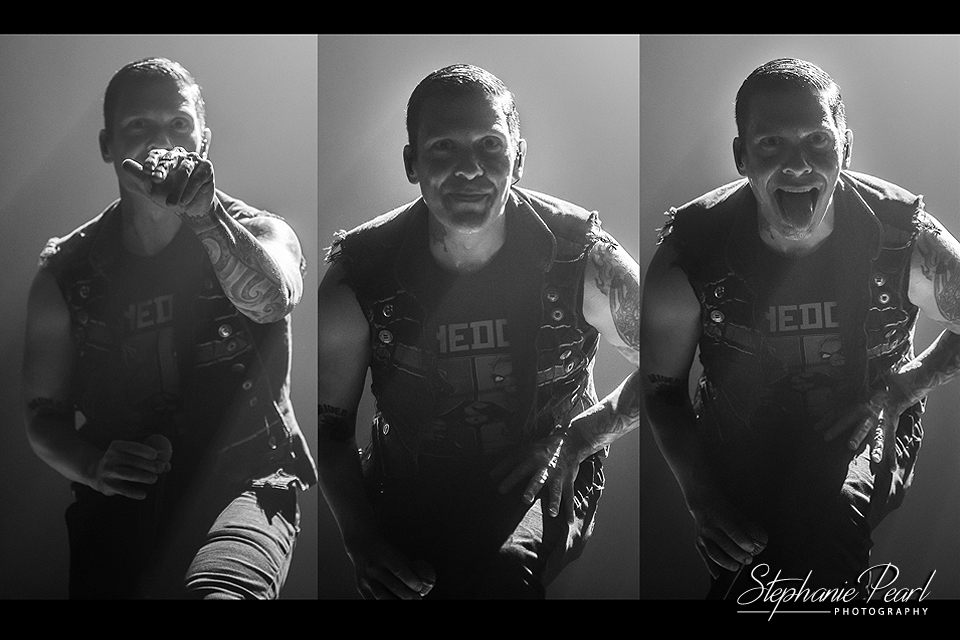 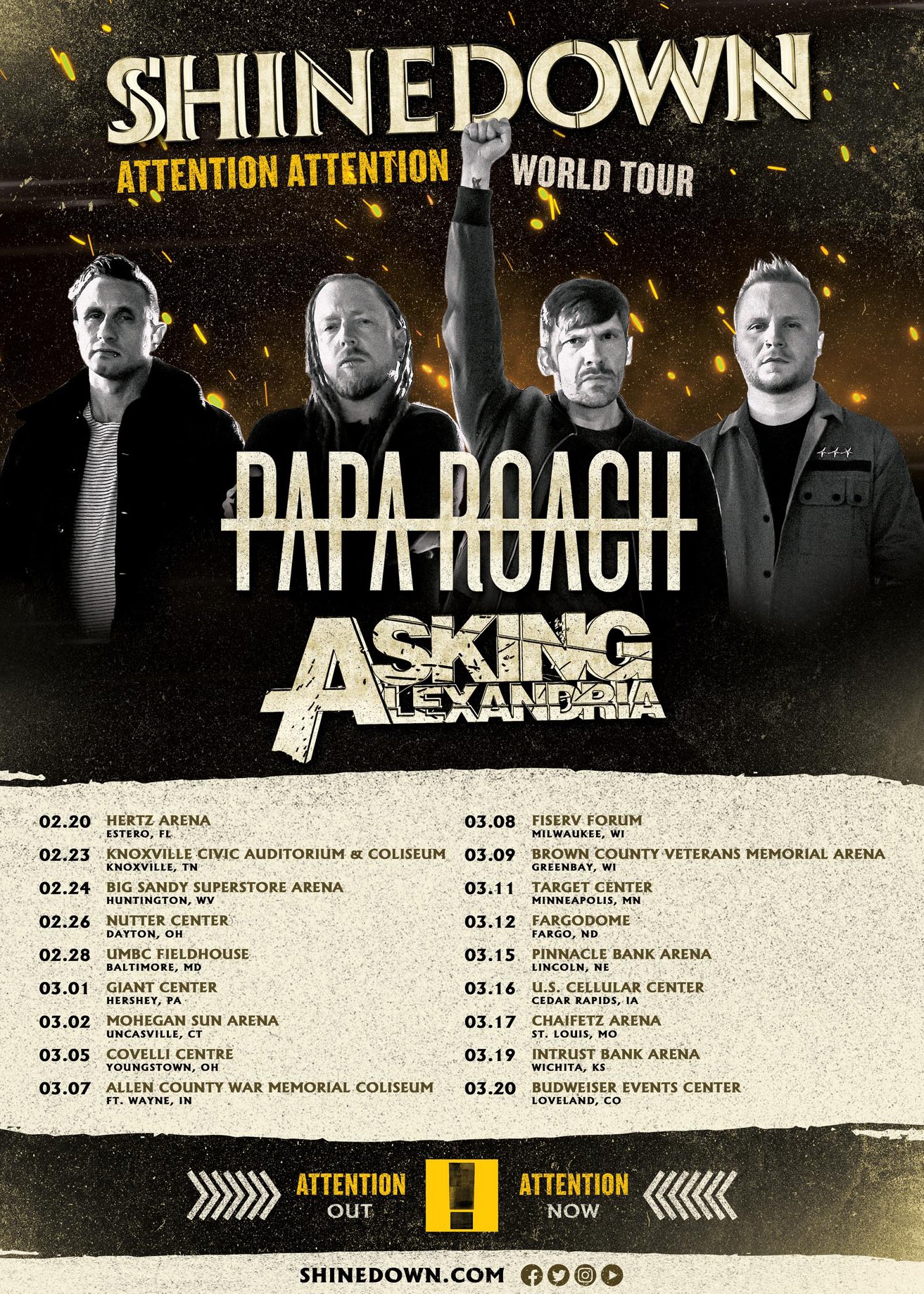